A BLOW TO FASHION – THE LEGACY OF ISABEL & MCQUEEN 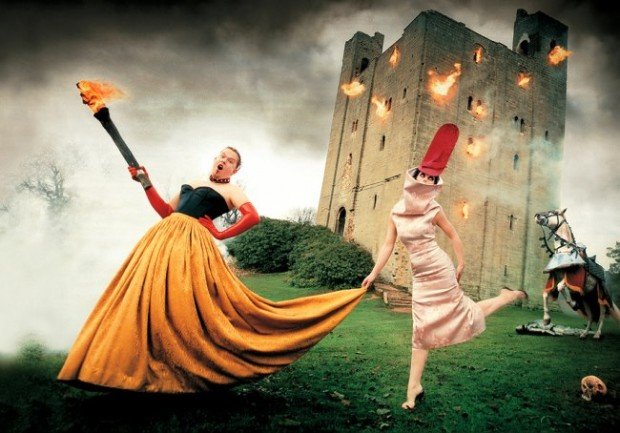 She was known as the ´Fashion´s Nutty Aunt ´. Her hats were bigger than her personality and she was often spotted wearing full length ball gowns on the London metro. Isabella Blow was a bastion of emerging fashion and a creative genius who scouted and then went onto develop the careers of some of the biggest names in fashion today. The tormented genius committed suicide by drinking weed killer in 2007. Her third and final attempt at suicide saw one less light in fashion as its world lost a true personality.

Nurturing fresh graduates such as Phillip Treacy, Hussein Chalayan, Sophie Dahl and more famously Alexander McQueen, ´Issie´ took raw emerging potential from the sidewalks of London to the catwalks’ of Milan. Tales of her anecdotes and adventures still float through Conde Nast as strong as her legacy. The woman who took ´Lee from London´ and transformed him into his namesake brand Alexander McQueen by advising him to ¨use your middle name. It will simply make you sound more regal. It will add more value.¨ For Lee, the rest was history, as she bought his entire graduate collection then showcased him and (her other peers) onto the world media stage.

In real life, the relationship between Isabella and Lee was intensive and punishing. Although she acted as a mentor and mother to McQueen, influencing his decisions and escalating his confidence, numerous ferocious and disdainful exchanges took place. ¨It’s easy for everybody to love him now, but she was cheer-leading him for years and years and years, Philip Treacy once said. After McQueen embarked on his eminent role at Givenchy, the relationship was put under increasing stress when she wasn´t offered a role by his side and continued to struggle financially. This polemic partnership saw the next few years fuelled with resentment which led to her depression blowing out of control. This ended with her untimely death and Alexander´s subsequent suicide three years later.

The relationship of Issie and Lee was full of many sharp contrasts. The good and the bad, the happy and the sad, the bitter and the sweet. As a friendship, both privately and professionally, they were very interdependent on each other in an all-encompassing manner. Towards the end, in her ´dark days´, McQueen turned on Blow and tried to reject her, which was the literal nail in her coffin. Although she came from a blue blooded family, her life was fraught with torment and rebuff. Episodes of financial poverty and an incongruous relationship with her father set her up for a life of anxiety, depression and loss after witnessing the drowning of her 5 year old brother.

She was upset that Alexander McQueen didn’t take her along when he sold his brand to Gucci. Once the deals started happening, she fell by the wayside. Everybody else got contracts, and she got a free dress – Daphne Guinness

Was her stabilising grace in life her addiction to fashion and its operatives? Famously noted for her gruelling and uncompromising work ethic, there was always a part of her that semmed to be lost. As a mentor, she was a hugely creative influence but was not a creator. Quoting her ex-husband, Detmar Blow ¨ if she found something that she loved, she would move hell and high water to help that person have an impact in the public arena¨. She had a great talent for scouting as Anna Wintour once commented ¨When Issie told me to go and see somebody, or to take somebody seriously, I always did.¨

Blowing In The Wind – The Goddess Of Street Style

She floated high above the runways like a fairy godmother, but was seldom referenced for her efforts so any ability to monetise from her discoveries dissipated, fuelling her fear of poverty and homelessness which certainly contributed to her suicide at the age of 48 years. The final irony of this tale closes with how she ultimately became more famous in death than she could ever have hoped to be in life. The publication of an intimate biography ´Blow By Blow´ penned by her late husband Detmar, and sell out retrospective exhibition of her life and works at Somerset house in London entitled ´Isabella Blow: Fashion Galore!´ finally elevated her status to that of her rich fashion bounties. 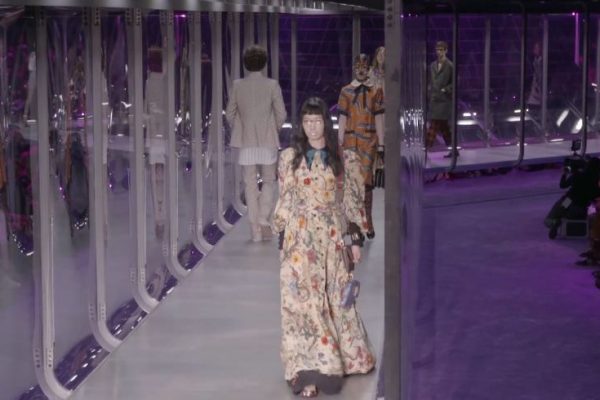