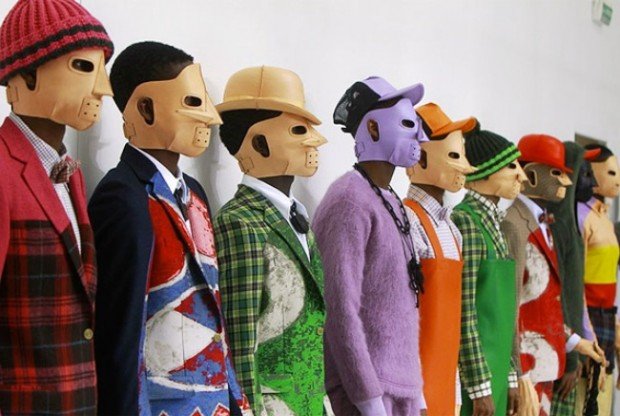 They say if you truly know Avant Garde fashion, then you will know the Antwerp six. And, if you know them, you will most certainly know one of their main protagonists, Walter Van Beirendonck. This Belgian wunderkid left Antwerp as an unknown designer for a trade fair in London in 1986 and since then has achieved international acclaim from his critics and public alike for his highly alternative and controversial collections.

Sporting a frolicsome beard, Walter is not your typical clean cut fashion designer. His aesthetic very much reflects his design philosophy with a predisposition towards vibrant colours alongside sinister, abstruse head masks and bizarrely named collections, which are anything but mainstream.

A member of the ground breaking Belgian sextet, this venerated designer fixated on whimsical menswear long before the likes of Tom Ford, Alexander Wang and Olivier Rousteing, when menswear was no more than a small after thought. “I feel better able to express myself in that field,” he discloses. “It’s more adventurous, because it’s more difficult to push boundaries in men’s fashion, but still it’s very possible.”

Walter´s desire to experiment has worked to his advantage. Prominent museums such as the V&A, the Louvre and the Museum of Contemporary Art Chicago, have presented Van Beirendock’s designs. Several years ago, he made his visual art debut at Galerie Polaris in Paris. “In the first place, I’m a fashion designer,” he explains. “I only make art pieces when they really question for it.”

Van Beirendock’s exhibition at Dallas Contemporary museum was something completely different he told us. “Pete Doroshenko, the director of the museum, was following me for a while.” Doroshenko wanted “to show collections that I normally put on a catwalk, but to put them in a museum. He was really asking to show a collection as an art installation.”

People were really intrigued by the way I was putting together fashion shows and how I was staging them. I think that you could view it a little bit like performance art, that type of fashion show. So I have, for a long time had followers that are interested in my work – Walter Van Beirendonck

There are two prominent assemblages featured in the exhibition from Spring/Summer 2013 and Fall/Winter 2012 which have been displayed on motorized pedestals as well as being shown in the windows of the new TRAFFIC Los Angeles store in Dallas’ Joule Hotel which serves as cause and effect as to why Walter thinks that the art world and the fashion world are becoming more intertwined.

¨There is definitely interest from the art world. But in my case, it was always there. I remember even when I did the big fashion shows in the ’90s, the art people were always there. They were really intrigued by the way I was putting together fashion shows and how I was staging them. I think that you could view it a little bit like performance art, that type of fashion show. So I have, for a long time had followers that are interested in my work.”

Walter has attained curiosity from his two collections in Dallas. One from the summer “Silent Secrets” and the other from the winter “Lust Never Sleeps“. He believes that the former ¨Secrets¨ refers to how secret societies deal with issues. “I wanted to bring this into our actual world and refer to social networks. I think that today, it’s really very difficult to keep secrets because everything is spread out immediately all over the world. The question of privacy and still having the possibility to have a secret.” His analogous inspiration was the form of clothing and the dress codes that are used in secret societies, which he interpreted in his own way, with a new contemporary refinement.

Is it important to keep secrets? “Yes, I think so. I think you should have at least the possibility to do so. I’m sometimes a little bit shocked by how quickly something travels around the world, and how difficult it is to keep something secret. Immediately, pictures are taken by smartphones. Immediately, they’re spreading these images on the Internet. Of course, it’s also part of how we live and how we are working today, but sometimes it’s too quick and too anonymous. These messages and images are not credited anymore, and that is making me a little bit sad. Sometimes you lose the content and you lose the credit of an image.

A strong detail from “Silent Secrets” saw closing collars with arrows embellished on them. Walter seemed keen to draw attention to the fact that these collars (and hats, as well) were a collaboration with the Dutch sculptor that he admired, Folkert de Jong. When he was composing and sketching his collection, we wanted to include top hats, with a view to introducing an accessory to elongate the silhouette, with a nod to the Dandy movement. “I contacted him and I found out that he liked my work; we were fans of each other. We were working on the top hats and then, at the end, arrived at collars as almost a historical reference, but still very recognizable Folkert de Jong.”

As many designers like to wear elements of their own collection (to see and be seen, per say), Walter admitted he often does wear his creations “I do sometimes. You mean the top hats, which are in the collection? I didn’t wear them, because I don’t think they’re very practical. But, I’m working a lot with Stephen Jones. I did wear these designs in my previous collections and I do wear them from time to time if there’s something special going on. I’m a big fan of Stephen Jones millinery.”

I found out that during and after the catwalk presentation people were really questioning why I did that kind of thing. It was mainly to create a kind of tension, which you also feel in this spiritual world. With future dandyism, I’m working with much more formal clothing which is sharp and constructed – Walter Van Beirendonck

Walter found it strange to have revisited a recent past collection, but found that it was still very close to him. Having just shown a new collection, he felt that he had sufficient distance from these two collections, which could create a refreshed interest and synergy within the fashion and art world. Their presence within a museum felt right to him because the collections are intended to provoke our moments in this world. The composite exhibition follows a similar progression.

“Lust Never Sleeps” is the one with the masks and the bowler hats. For me, when I was working on the collection, there were two main inspirations: voodoo and a kind of future dandyism. I did a lot of research about voodoo and Tahiti: how a lot of people are using these spiritual elements to express themselves. I wanted to give this collection a kind of spiritual atmosphere. I evoked a rather tense effect by putting skin-coloured masks, white skin on top of black-skinned models.”

For him, it was primarily a graphical effect. “I found out that during and after the catwalk presentation people were really questioning why I did that kind of thing. It was mainly to create a kind of tension, which you also feel in this spiritual world. The second thing, the future dandyism, I’m working with much more formal clothing, and sharp and constructed clothing. In this particular case I referenced Papua New Guinea’s warrior shields, which were first made in fabric, and then constructed them in them in these kind of suits. So it’s almost like you are creating a person behind the shields, and kind of a protection.”

It was important for Walter to have this tension in his collections as he wanted to search more for a shock value, to perform an aesthetic that people can question or are surprised by. He felt that it´s importance should go a little bit further than a normal catwalk display for both his inspirations and acceptance.

Looking to other designers for inspiration he quotes Rei Kawakubo of Comme des Garçons as a main thought. “I still have a lot of respect for her; I think that she’s very brave and she’s very good. She dares to do something totally different and also has the possibility and the will to experiment. I’m sometimes disappointed that it has a lot to do with the economic situation but young designers are a little bit less daring today. I think they’re still daring when they graduate and when they’re at school, but afterwards, they’re easily taken away into a kind of more commercial pace, because they’re also a little bit false. That is, of course, a pity. I’m waiting for some fresh voices from the younger generations at the moment. especially from the recent graduates. Of course, it’s also a question of surviving, but I think it’s very important that you have a recognizable product and a recognizable suggestion.”

Van Beirendonck feels that it is normal for most designers to doubt their own voice. “I want to push forward my own boundaries, to go further, experiment, and try things out. Of course, then you’re also critical and sometimes you start to doubt. It’s always just before the presentation: Is it good enough? Did I do the right thing? Once it’s on the catwalk and you’ve got reactions and people do like it, it’s over and you can believe in yourself again. But it’s a very sensitive process, creating a collection.” 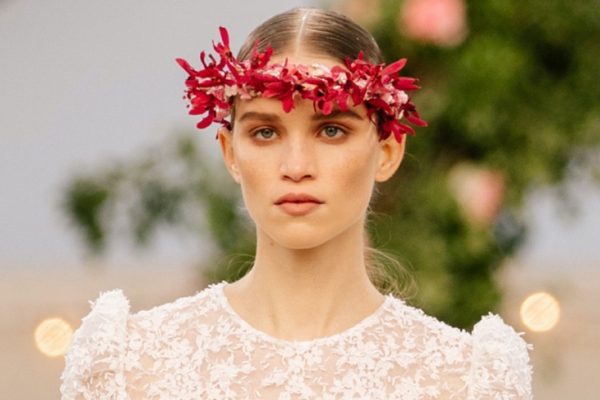 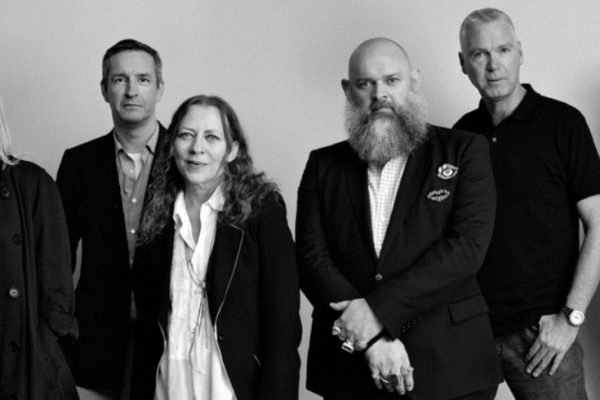