After his runway success last year, Arturo Obegero has once again entered the official Paris Fashion Week ready-to-wear calendar. His autumn / winter 2021 collection follows on from last spring’s launch of his eponymous label. Once again, he presents a personal collection – this time as a tribute to performers, alongside sustainable unity for the fashion audience.

Named Puro Teatro, this current season’s look is a culmination of the designer’s emotional feelings – an emotion that he’s ready and willing to share with his public. In a bid to overcome the grim pandemic restrictions (which acts as the inspiration of his collection), Obegero injects some colour saturated fantasy; as a response to the media’s portrayal of economic & political uncertainty and the reality of inequalities, all across today’s world.

The notion of up-scaling is achieved through the repurpose of old velvet curtains which have been lovingly casted from theatres all across the world; spanning from London to Sydney. This notion reaffirms Obegero’s house values by adding up-cycling to an already comprehensive sustainability inventory. 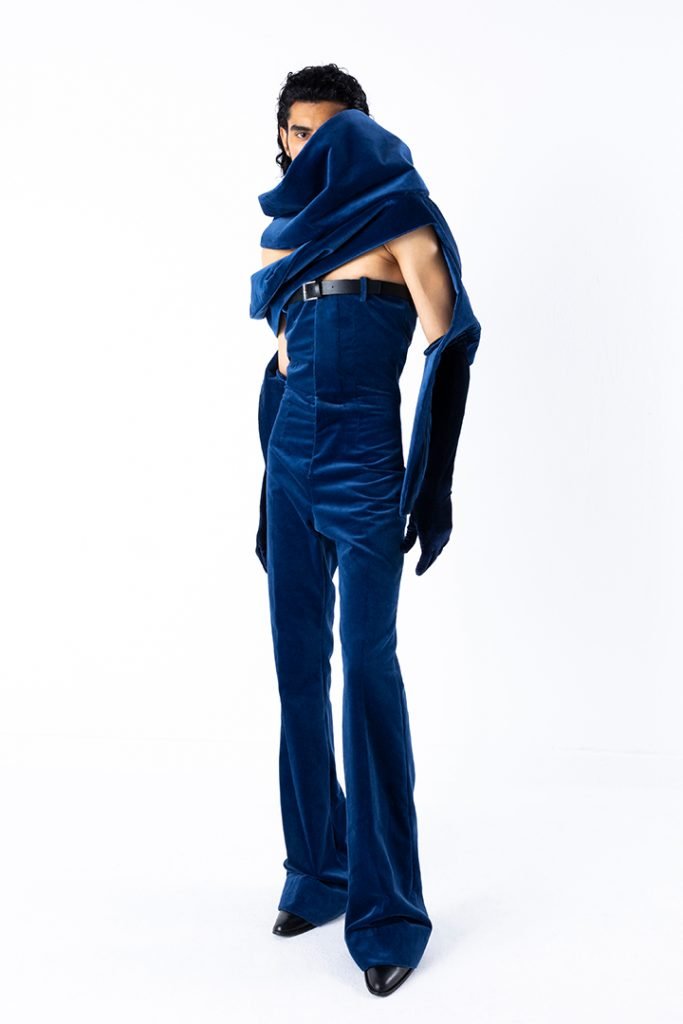 In their tungsten tinged heyday, these decadent drapes acted as the omniscient eyelids to many spectacular performances – bearing witness to the passion and dedication of the theatrical thespians that lurked behind them. One year on and they whisper the same story, but within the context of a living world. From the tears and cheers of the stage set, to the melancholy moods of the real world where they now set their story; with each cotton fibre harking tales of past performances which are forever entwined within their filigree fabrics.

“The world has become the biggest stage, and everyone performs for attention and validation. I feel that we are in the most beautiful cage called life, a velvet prison.” – Arturo Obegero

Recalling previous trends within the collection, the red rose once again acts as the protagonist within Arturo’s aesthetic. This enigmatic emblem harks to the rose strewn encores of yesteryear when these flowers were thrown to the performers at the end of a pristine performance. This season acted as a variation of a theme, as the performer personifies the blood red rose in the form of the Saura bodysuit and Cristobal top, which seamlessly merge to become one silhouette. Together they symbolise the notion that sometimes, ambition can blind us.

The clever use of the Dulce balloon top acknowledges Obegero’s main inspiration from Cristóbal Balenciaga as well as the jewel box colours and textures achieved from iridescent candy wrappers. A coordinating neck belt exasperates the garment by adding a notion of bitter perversity to the palette of sugar-coated sweetness. 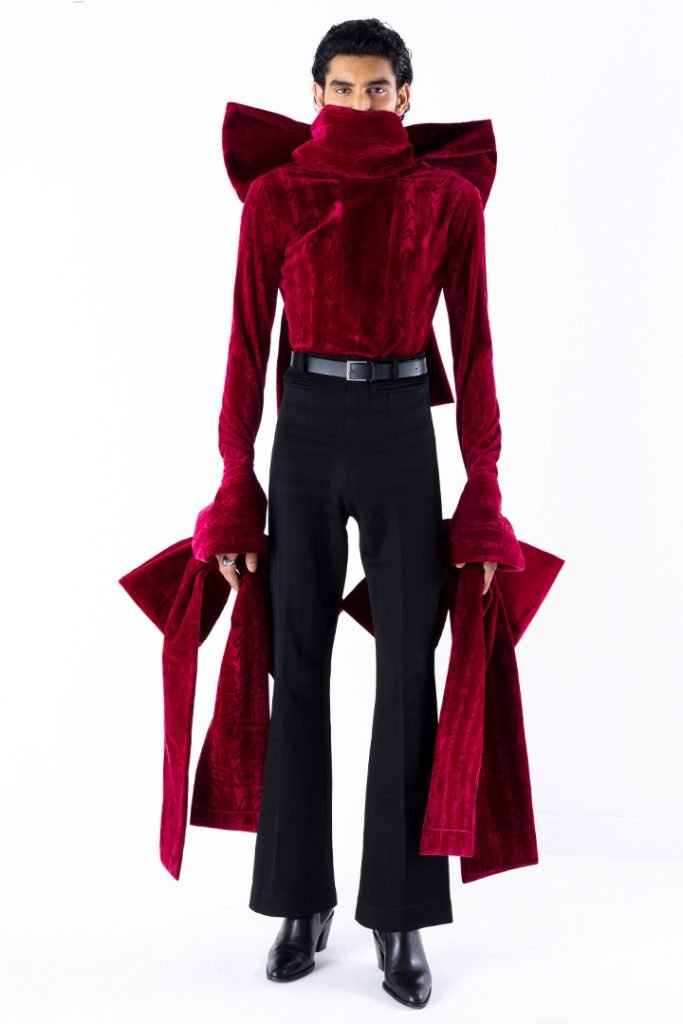 Presented as the exclamation point to the collection, the blood red moiré backless Volker takes an encore for its nod to the classic haute couture gowns of yesteryear. A noteworthy point is again the discreet reference to the relationship of femininity and perversity – a notion which this time restrains the face and hands of the wearer, be they masculine or feminine.

As a final act, the collection also features some of Arturo Obegero’s signature items from the Palmira permanent collection, complete with the reprise of the Gades trousers and Pedro shirt in contrasting blood red and baby blue. Arturo, take a bow.