The essence of aesthetics and fashion continue to transcend, reshape and invigorate the codes of cinema. The quest for new visions, perspectives, and depths significantly reinforced our inner representation of what films should resemble. With this acknowledgment, Diane Pernet curated a unique program for ASVOFF 13, a tribute to versatility in the fashion film genre, from sustainability to digital fashion and the Black Spectrum.

“First and foremost, this 13th edition reflects the quintessence and fundamental approach of ASVOFF; unveiling a certain feeling, boldness emerging from talented, passionate young creatives. The complex, prevailing environment of social-economic tensions has significantly affected the number of opportunities for artists. Our mission is to preserve, support, and illuminate the artistic aura and perceptual uniqueness of independent voices in fashion and film – by giving them more space in the program than usual.” – Diane Pernet (Founder Of ASVOFF).

As a response to the COVID-19 pandemic, the virtual and online experiences have transitioned into a new digital format: A five-day celebration of online screenings broadcasted on FNL Network, a global audience of 64 million subscribers, featuring the best emerging voices in the Luxury Fashion & Film Industries. Additionally, a replay of ASVOFF 13 will be available on FNL network for an entire year.

“This year, the terminology ‘resilience’ resonates more conspicuously amidst the young-at-heart visionaries. Despite the tumultuous time, rather than feeling compromised, filmmakers are navigating their potentialities through introspection, stimulating their creativity, self-awareness and pushing others to harness their highs and lows or straddle extremes like claustrophobic silhouettes and epic Eden-like landscapes.” – Diane Pernet.

Now in its 13th edition, ASVOFF is proud to announce a partnership with fashion news and lifestyle network, FNL Network, that will allow the film festival to broadcast short films to their audience of over 64 million people as part of the Pubic Choice Prize in collaboration with the FNL Network, which can be viewed on MacOS, iPhone & iPad iOS Apps, Google Play store Mobile & Tablet, Roku TV, Apple TV, Android TV, and Amazon Fire TV.

“We live in an era where everyone’s a critic. We’re continually asked to give our opinion and provide feedback. Viewers who have social currency feel more empowered than ever, and we plan to tap into that. With ASVOFF based in Paris and the FNL Network in Los Angeles, this year’s edition will consolidate our best attributes: authority figures in the global capitals of fashion and film engaging with a new grassroots movement that makes fashion film more accessible while boosting creativity and commercial opportunities. I am excited to help shape with our community what the future holds for ASVOFF.” – Diane Pernet. 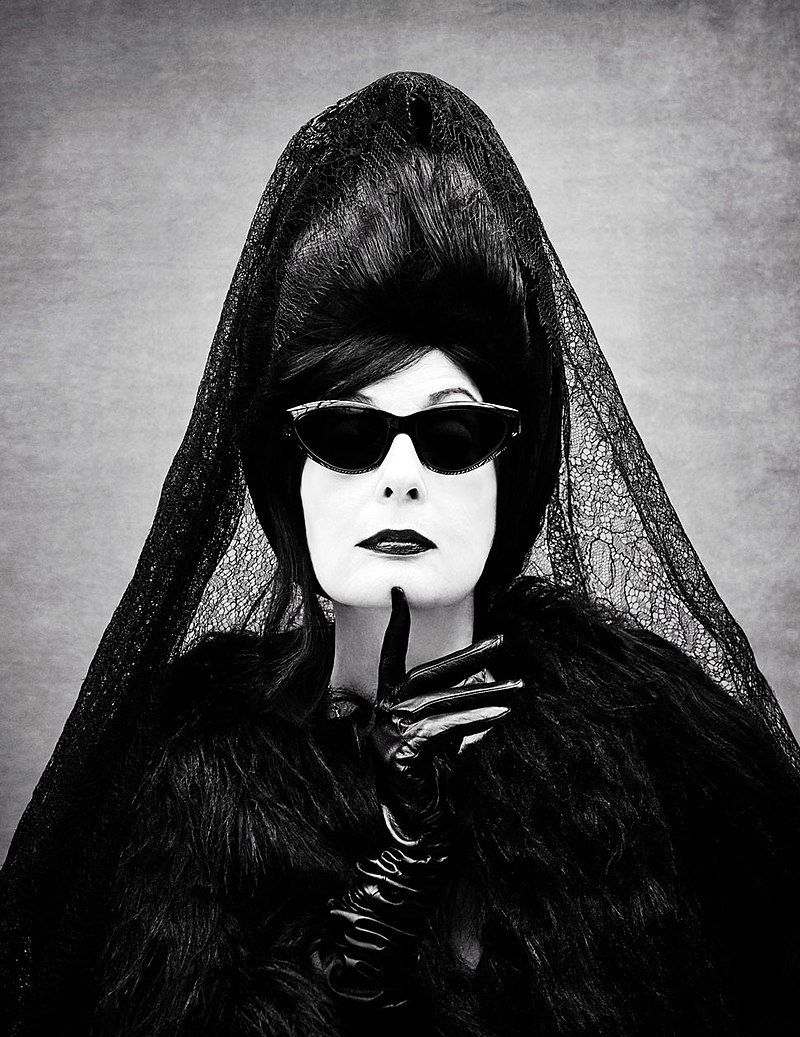 ASVOFF (A Shaded View on Fashion Film) is the world’s first film festival dedicated to fashion, style, and beauty. Since its launch in 2008, ASVOFF has gained critical acclaim for encouraging both emerging and established artists to reconsider the way that fashion is presented and for challenging the conventional parameters of film. ASVOFF tours the globe with screenings at prestigious institutions and events like the Centre Pompidou, the Guggenheim, the Barbican, Art Basel Miami, CaixaForum Barcelona, the Franz Mayer Museum, and the Cannes Film Festival in a host of creative capitals such as New York, London, Tokyo, Milan, Moscow, and Mexico City. ASVOFF is not only a competition of short fashion, style, and beauty films but also a traveling international event showcasing feature films, documentaries, conferences, performances, and installations – making it a must-see on both the fashion calendar and the film circuit for its genre-bending and groundbreaking program. www.asvoff.com.

Diane Pernet is a world-renowned fashion critic and video journalist based in Paris, France. Previously a photographer and fashion designer, she now acts as a documentary filmmaker, talent scout, and fashion blogger. Pernet was one of the earliest fashion journalists to embrace the power of the internet, first through a column in online editions of Elle and Vogue and later through her own site, A SHADED VIEW ON FASHION (www.asvof.com) which since its inception in 2005 has become a ‘must-read’ in fashion and creative industry circles. Pernet was recognized in 2008 for being a pioneer in digital media when she was chosen as one of three influential bloggers to take part in a panel celebrating a seminal fashion exhibition at New York’s Metropolitan Museum of Art. As one of the most recognizable faces in fashion, she has also been captured on the other side of the movie camera through cameo appearances in Robert Altman’s film ‘Prêt à-Porter’, Ben Stiller’s Zoolander 2, and in Roman Polanski’s The Ninth Gate.

Pernet launched ASVOFF in 2008. As the founder of the world’s first film festival dedicated to fashion, style, and beauty, she is widely considered to have incubated the ‘fashion film’ from its infancy to the popular genre that it has become today. “Diane has never ceased to amaze me with her amazing curiosity about things, her ability to synthesize arcane information and make it palatable for everyone else,” says Tim Blanks, editor-at-large for The Business of Fashion. “So actually, Diane is a conduit between now and what’s to come.”