The work of the late, great Cristobal Balenciaga is being latterly acknowledged by the fashion world this month at a ground-breaking exhibition in London. The spectacle entitled ‘Balenciaga: Shaping Fashion’ has created a buzz among the worlds of both the curious and collectors alike. Curator Cassie Davies-Strodder took time out to provide a comprehensive look around the Couturier´s celebration as London City´s imposing ´Grand Dame of Fashion Festivities´, the Victoria & Albert Museum, played omniscient host to an awe-struck international audience since the exhibitions inauguration back in May 2017.

The past 18 months have seen Davies-Strodder exploring her many contacts and acquiring pieces from the world’s finest (but sometimes lowest profile) collectors of this unique designer’s wares. Over 30 well know designers from the last 50 plus years have willingly paid homage to Señor Balenciaga – with works ranging from influences across designers such as Oscar de la Renta, Vetements and Azzedine Alaia, right up to the former Nicholas Ghesquiere for Balenciaga era. There are indeed several more couturiers to name which take a prominent presence under this multi-platform showcase of the Basque couturiers international influencers. It´s not hard to see how enigmatic an image has developed over such a well known but low profile designer. 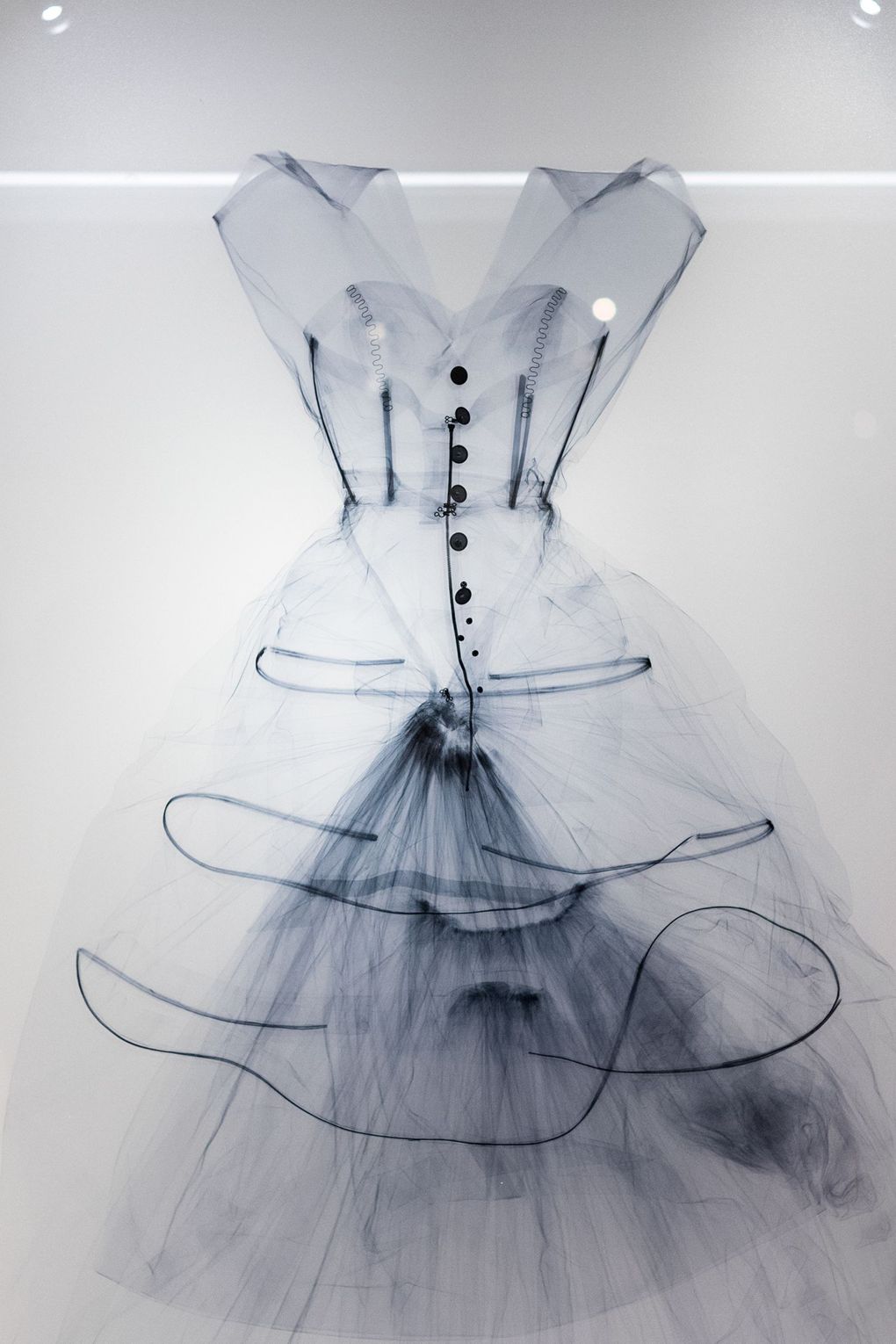 Contrary to belief, there is no real recorded history of interviews with the designer, and the absence of an approved biography also made it difficult to sort out the fact from the fiction, regarding the mythos of the man. He apparently gave one recorded interview and the first ten years of his fashion house was media-marred by banning the press from the first showings of his collections, “he had such confidence “says Davies-Stodder. This attribute indeed shines through as these creatively curated collections include examples of influences and designer passions from his golden era to the present day street style and their cutting edge technologies.

The exhibition has been split broadly into 3 sections comprising: ´The Workrooms´, ´Front Of House´ and ´Legacy Of The Designer´ that more than adequately reflect his flourishes and mood; all placed with chronological care throughout these corridors of inspiration. 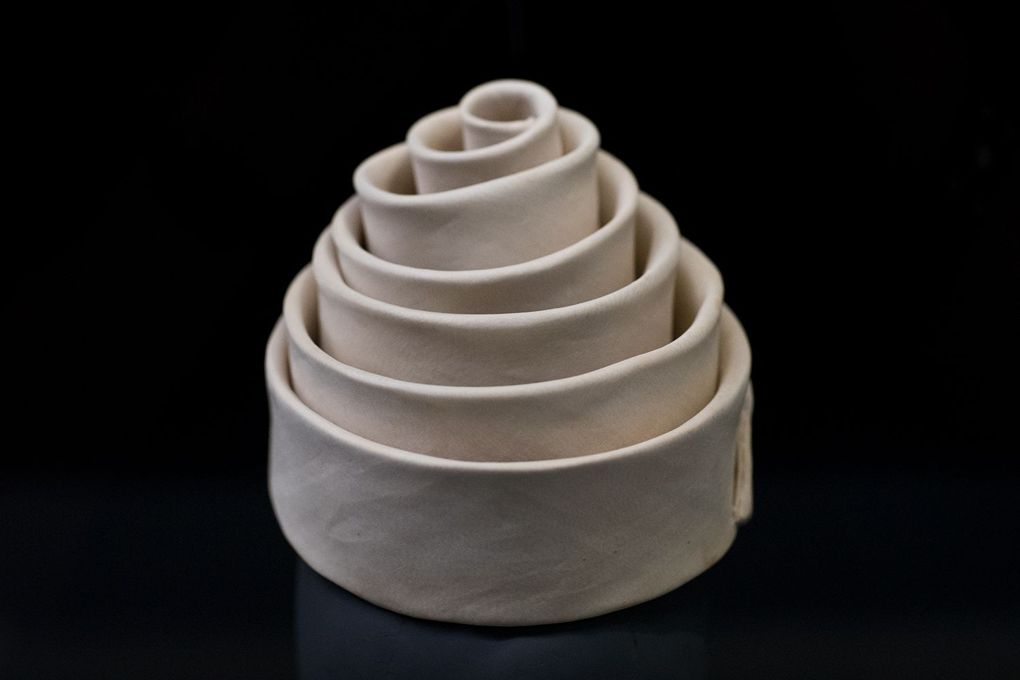 Hat´s Off To A New Kind Of Style

One of the more innovative aspects of this retrospective is the partnership between the V & A and the London College Of Fashion, who willingly explored and cloned famous fabrics and works from the designer to show the original skill that was involved in their manufacture. The show-case is a one piece dress that was copied in minute detail and expanded into co-operation with x-ray artist Nick Veesley to show a ´layer down´ image of the finite details to which Balenciaga went to in the process of creating a design, so that the visitor can see a representation of his work in intimate detail.

¨You can clearly see up close, why Balenciaga is the master of us all.¨ – Christian Dior

The entire exhibition has really pushed the receptacle in terms of not only the designers development and chronology, but in bringing it up to the 21st century with the best in audio-visual peripherals in which to show the adoring masses how the process of design could really evolve and be influenced by one innovative and creative powerhouse, which led us to acknowledge why Christian Dior referred to Balenciaga as ¨The Master Of Us All¨. 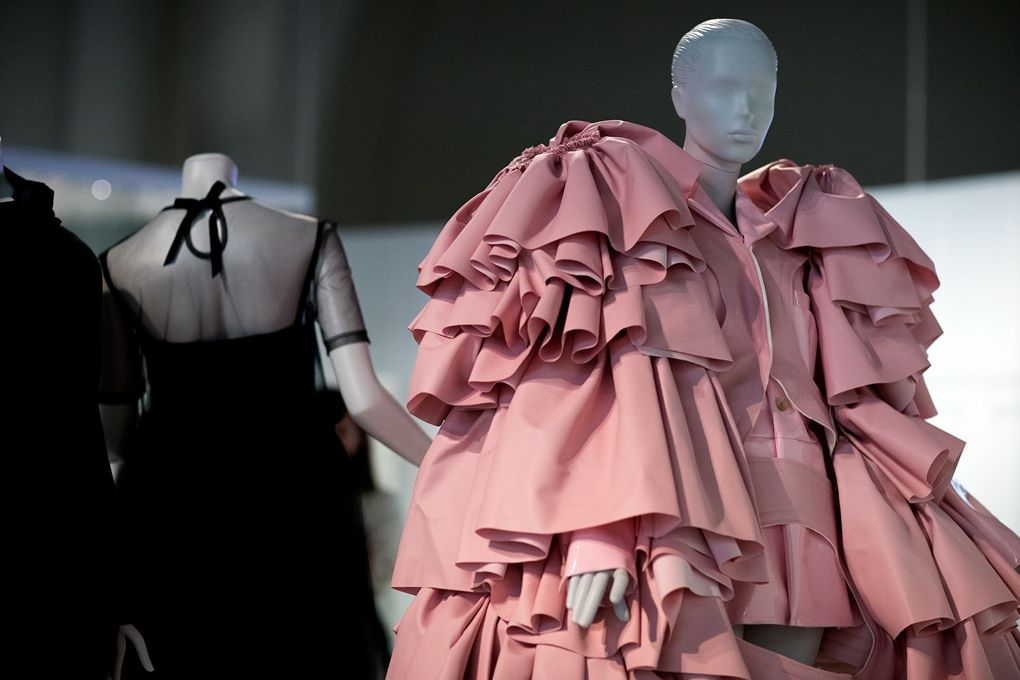 Davies-Stodder refreshingly pulls no punches about the staging of the exhibits surrounding us. “We have the biggest collection of Balenciaga in the UK. He was not so much a showman but someone who understood how life affirming yet unique good fashion design could be.” Should the celebrated Couturier have been present at the retrospective’s inception, it can be suspected that he would have been suitably impressed by the level of curation that has gone into it on each and every level.

The intimately staged, yet eye-catching array of fare and fancy more than succeeds in highlighting decades of both Balenciaga’s lovingly transformed work and those other designers that he has famously influenced across the decades. It is not an understatement to say that his Spanish sartorial stroll paved the road for a new way of thinking, which helped to shape fashion as we know it, in even the most rigid of its followers.