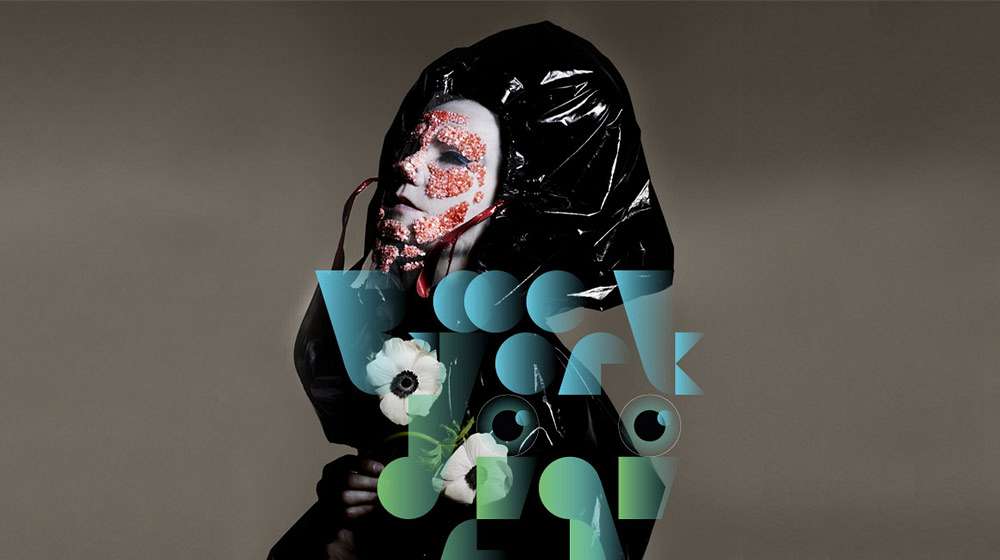 Well, this is definitely the most fun you can have inside a gigantic pulsating mouth this season. Predictably, Björk Digital is a peculiar affair. It is essentially the first chance to watch, or perhaps ´experience´ or ´inhabit´ would be more appropriate, four of the new virtual reality videos for Vulnicura tracks that are to be released “on all major Virtual Reality platforms” this winter, plus a couple of cinema rooms and some odd musical instruments and iPad apps that you can play on. CCCB ticket holders are led through in timed groups so that VR stations and this immersive exhibition can be experienced in sync. It’s neither art exhibition nor film presentation or tech demonstration, but a marvelous mix of all of the above.

Far from complacent, the more time passes, the more Björk seems determined to experiment and tinker about on the grandest possible scale, with at least as much focus on the act of tinkering itself as on the final product – that mainly revolves around whatever technology is available. Her previous album, Biophilia, included an app with games relating to each song, expanding on their mystical scientific themes and was also introduced by David Attenborough. These games were often puzzling and in some cases only interesting to eco-system geeks, but the aesthetic was glorious as was the simple fact that she and her team were pushing against the limits of the available technology to do something exciting.

Her latest fascination is with Virtual Reality videos. Whether they place you on an Icelandic beach, surrounded by beseeching Björks singing Stonemilker, fly you into inner space alongside expanding fractal goddess Björks (both the Quicksand and Notget pieces are variations on this, but on different scales), or place you inside Björk’s singing mouth looking out at another Björk (in the deeply disturbing immersive adaptation of the existing Mouthmantra video), they are clearly the product of people having enormous fun with the creative process. And they certainly provide a dizzying experience; they’re cleverly sequenced so they build towards the astonishingly hallucinogenic experience of the generative graphics for Notget which allow you to actually step inside the space occupied by the seething, steadily expanding Björk-goddess.

¨  I see myself as someone who builds bridges between the human things we do every day, and technology. So when the laptop came, it meant I didn’t need a studio any more. I hate them anyway – they don’t have windows and they are really expensive, but now I can write my music wherever.¨  – Bjork

But again, these experiences are pushing against the edges of the technology. It’s hard to let yourself go completely into these other worlds, given the chunky Virtual Reality headset that is strapped to your face. This experience is all brought home by the exhibition being top and tailed by the cinema rooms, with their high definition video projection and high end Bowers & Wilkins sound systems. In the first of these, Björk and Andrew Huang’s dual screen Stonemilker film fills a room with volcanic pudenda and a love letter to the Icelandic landscape while the electronic backing swirls around the bespoke surround sound setup. In the final room, videos from throughout the musician’s 24-year solo career are shown, huge and crisp with perfect surround sound. 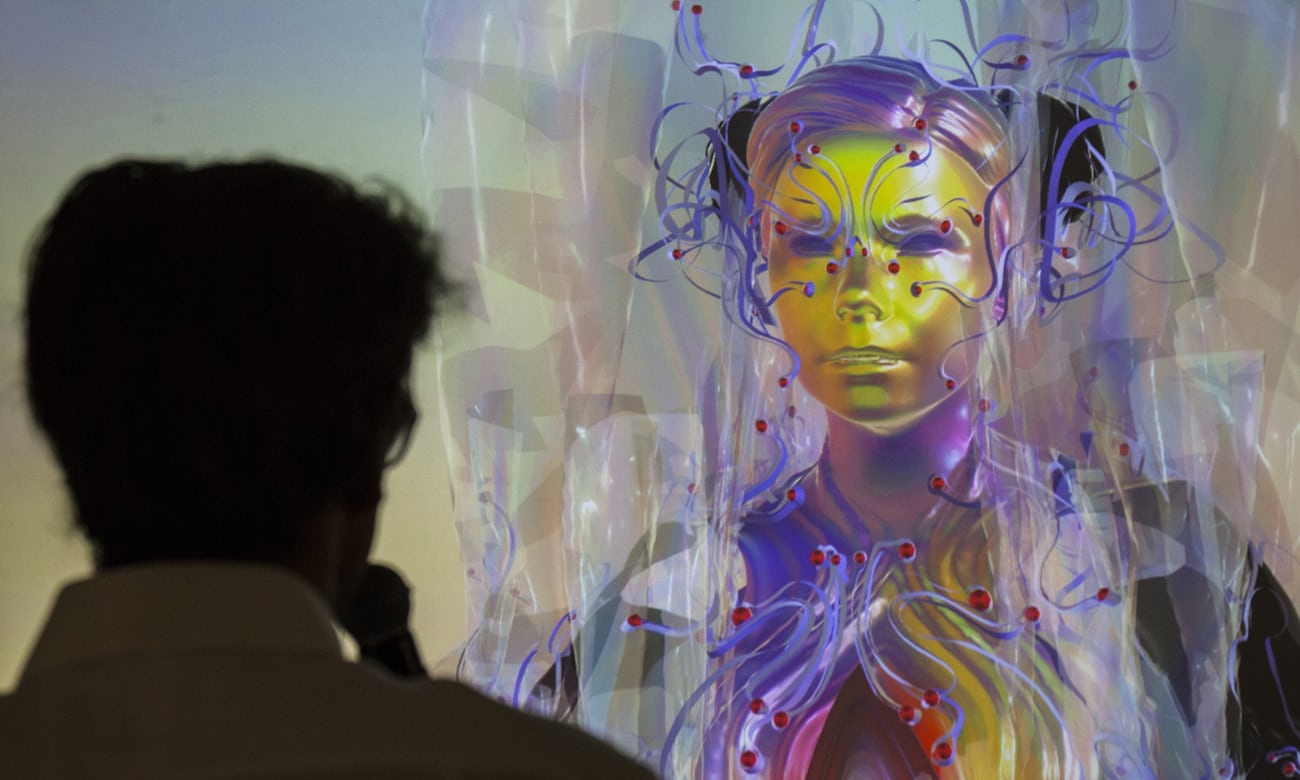 It’s this latter room that really throws the quality of the Virtual Reality into relief; in particular when Chris Cunningham’s epochally great ´auto-erotic´ robotic video for All is Full of Love comes on. It also reminds the audience of how accomplished video and film are as a form of interpretation, and how much history there is behind Björk and Cunningham’s mastery of combining sound and vision on each and every project.

Throughout her career, Björk has been an absolute master of undermining her own seriousness, someone for whom the boundary between extraordinary artistry, shamanic weirdness and just plain goofing around is never transparent. One moment, she can be an elemental spirit personifying mountains and motherhood – the next she’s her own personification of a French and Saunders sketch. Likewise in the virtual world, an experience has been created that is simultaneously clumsy and awe inspiring. Whether you have the universe raining down on you in Quicksand, or you are stepping through a DMT-vision giant Björk in Notget, you’re simultaneously experiencing a galactic scale vision and a primitive video game. As ever, Björk’s ambition to create something that’s never before been experienced is, for better or worse, taking her beyond what is actually achievable – and we wouldn’t have her any other way.