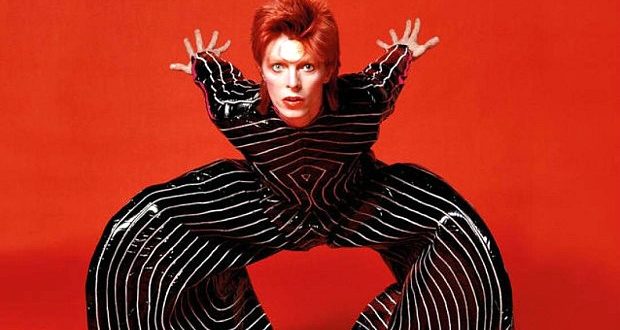 It´s almost two years now since David Bowie fell to heaven, much to the incredulity of a disbelieving world. This month, the curtain falls on the Barcelona’s Museu del Disseny´s chapter of the ‘David Bowie Is’ exhibition and it’s endearing to reflect on the amount of interest and admiration that the world had for this icon and performer. The concept of the David Bowie exhibition has grown at an exponential level. From a relatively low-key opening in London’s Victoria and Albert Museum back in 2013, the show has developed into a worldwide touch stone for all that are interested in his much charted career – with over a million and a half souls paying homage to all that is Bowie. 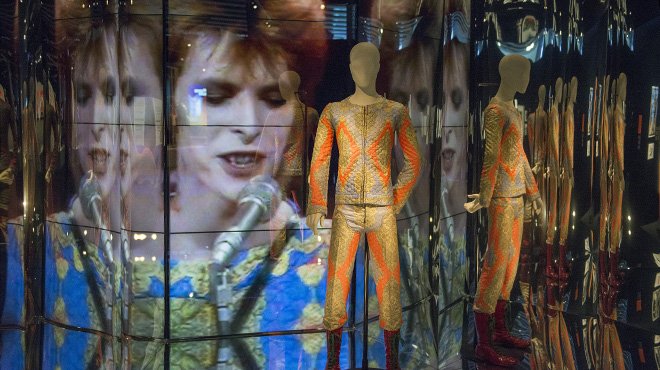 ‘Bowie Is’ is an enriching audio visual experience; as you enter into a world of ‘Sound and Vision’ that is interspersed with video, quotes, quips and music from the great man himself as well as numerous items of clothing and memorabilia that are captivatingly curated and help to build up a fitting portrait of possibly rock and pops most enigmatic performer. It’s amazingly and honestly accessible to the uninitiated, the fans or the just plain curious.

“ Nothing could have quite prepared me for the effect that the ‘David Bowie Is’ exhibition was going to have. Whilst I certainly couldn’t describe myself as a ‘superfan’ before he died, losing Bowie had made me realise exactly how prominent he had been in my love of 70´s and 80´s pop without me even noticing he was there ….until he wasn’t ” – Nic Perrins

After his death from Cancer on January 2016 (just two days launching his new album ‘Blackstar’) with almost typical yet posthumous showmanship and directorial flair, the media saturated the world with every detail of the musicians life; but the original curators of the exhibition Geoffrey Marsh and Victoria Broackes had done a sterling job in gathering together several hundred objects for the show – including original manuscripts of songs, costumes, photographs and video clips plus numerous sound and film bites after dissecting the artists New York archives. It´s not hard to imagine that some tough choices had to be made when editing what personal treasures would see the light of day. 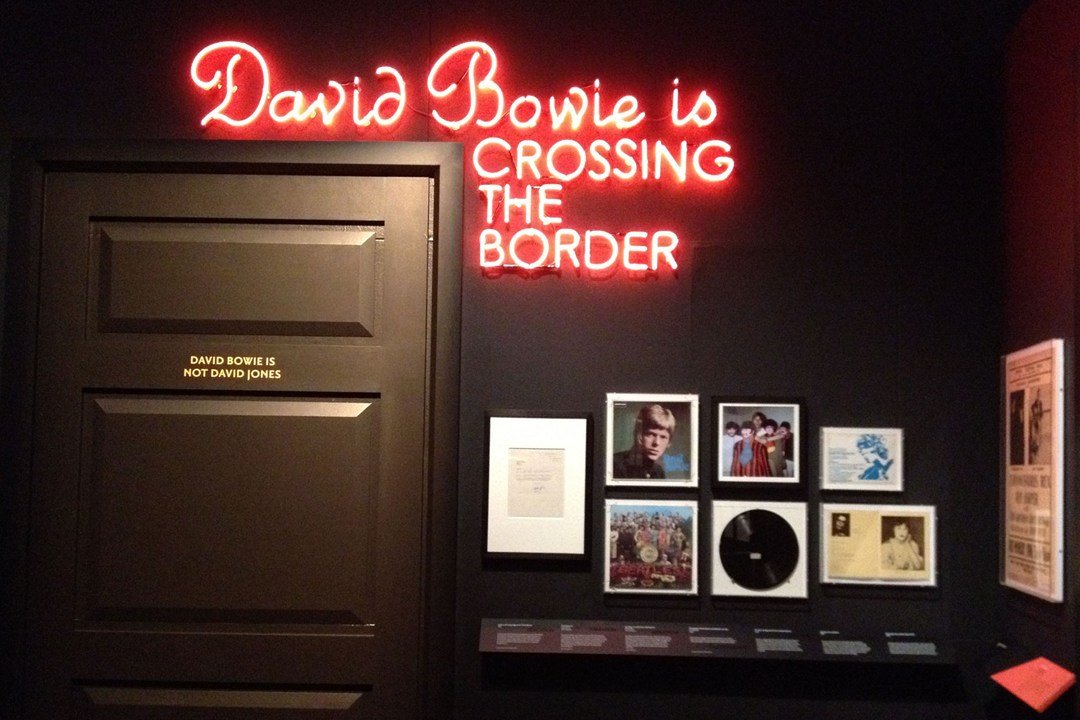 An Enriching Retrospective Of Music Royalty

In the 40 curious years since the time that David Jones evolved from hum-drum everyday citizen and session man into the effervescently extravagant Ziggy Stardust, the exhibition has succinctly charted every aspect in minute detail and needless to say the organic development of his diary of self exploration as a series of sections helped to open up and reveal the multi faceted career of the performer / showman. The showcase pays homage to Bowie and his skill of being able to turn his elegantly manicured hands to anything; including his role as not just all-round stage entertainer and musician, but also setting the stance and tone in then ´contemporary circles´ as a muse, an iconoclast and force-majeure fashion icon with outfits uncompromisingly designed to his exact specifications by designer Kansai Yamamoto.

“ Nothing stood out more to me than the scribbled, handwritten lyrics on a piece of lined A4 paper with the lyrics of Starman. Complete with crossings out and throw-away ideas which I stared at as the ground breaking track played on a video next to me. The exhibition was part of his great plan; yet another masterpiece that Bowie played to perfection ” – Nic Perrins

It is impossible to close without mentioning Bowie´s iconic face makeup that launched thousands of would be space faring fashionista youths on a journey of self awareness that has lasted their lifetimes – giving them succor and delight on the dullest and most mundane of days. Promoter Rafael Gimenez brought the exhibition to Barcelona –  a city which easily could have been personified by Bowie, thanks to its love of light, life, colour and the theatrics of an unconventional life. 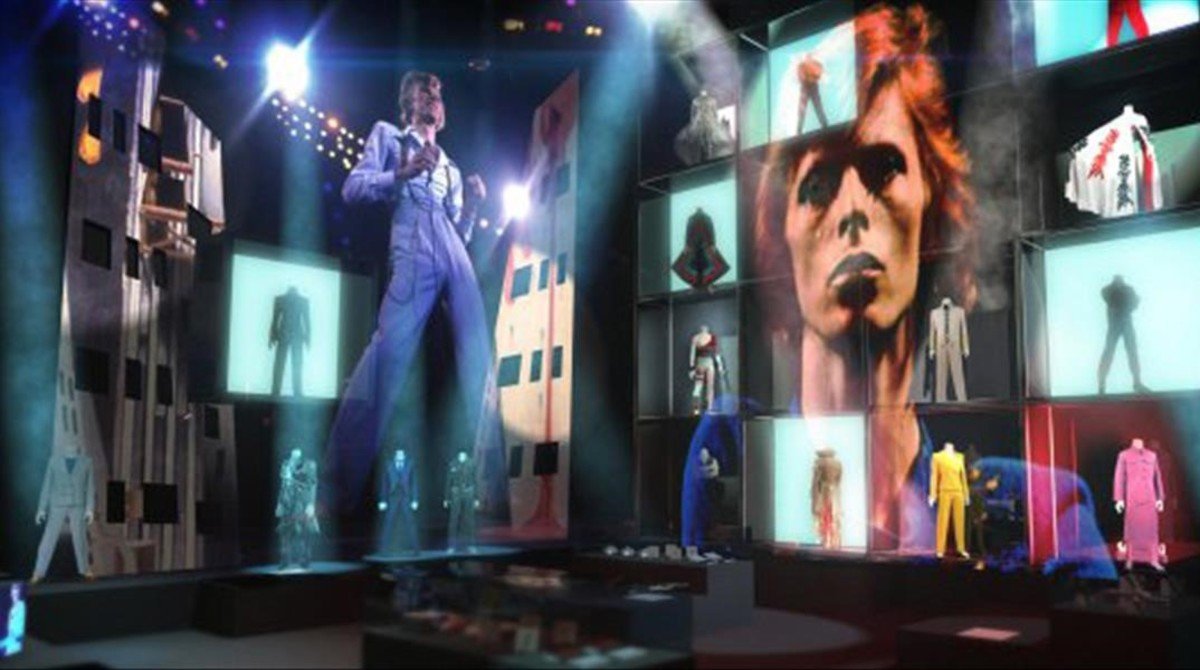 The Show Is Over – Take A Bow

With Catalan ticket sales looking set to exceed 15,000 just before its close, the international inertia shows no signs of slowing down as its next host, New York´s Brooklyn reports record pre-event bookings rates that could easily rival Major Toms craft. Of all events occurring within the Catalan supercity this year, the marriage of ´David Bowie Is´ and the Museu del Disseny is intoxicating – such that when I left the building, I found myself floating in the most peculiar way.