January 2014 saw the ´death of the golden age of film´ for many traditionalists as it was announced that digital film projection would take over as the main method for releasing new mainstream films. The last commercial theatres in America put an end to the 35mm celluloid film making it no more than a curiosity in art house cinemas determined to keep traditional film rolling.

¨Since 1889 until 2009, 35mm has been the principal film projection technology, taking movie audiences from the slapstick of the silent age, through the great musicals of the sound era, to the epoch of the summer blockbuster¨ – David Hancock (IHS Technology)

However, this current trend to embrace current technologies and adopt the emerging super-digital age is leading to some very special projects emerging. Alternative artists / hipsters and indie media creatives are rebelling against this mass movement by quite literally going back to basics. Shunning steam punk, these emerging artists are preferring Illustrations over Instagram and film over filters. One such emerging talent in the film industry is 30 year old Maritimer, turned Torontonian, for a time, Dan Smeby. The self-taught indie film fanatic taught himself purely by trial and error with friends, technicians, and collaborators whilst completing short courses at the Nova Scotia College of Art and Design, the Atlantic Filmmakers Co-operative, and Main Film in Montreal allowed him to hone his craft and make his celluloid dreams a reality.

Thanks to his involvement in recent projects like *TOM Toronto Men´s Fashion Week, Dan is making a spellbinding spectacle of himself with his trademark Bolex 16mm camera and a raison d´etre ¨I don’t want to learn to use a digital camera just to´keep up with the Jones’s, ‘ so I decided to ´Jam with the Jetsons.´ It is a real conundrum convincing every producer that I speak with to use film.¨

¨I dance between the borders of fact and fiction. I align the tangibility of film with experiences of home, occupying myself rendering notions of truths and insights of hope through a tango of time¨ – Dan Smeby

Dan presents many candid ideas about the possible return of celluloid film, especially against market dominated applications like Instagram and their multi-filtered picture / video content. ¨Every time I process film by hand, effectively I am manipulating the image tones and exposures, so from a first principle, I am making new Instagram filters every time I work, albeit with much more time an effort. The technique can involve natural substances such as coffee grinds, vinegar and / or salt, in order to manipulate the development. So, depending on the combination of chemicals I use and the amount of time I leave for exposure, each process I make ends up with a different and unique range of images.¨ 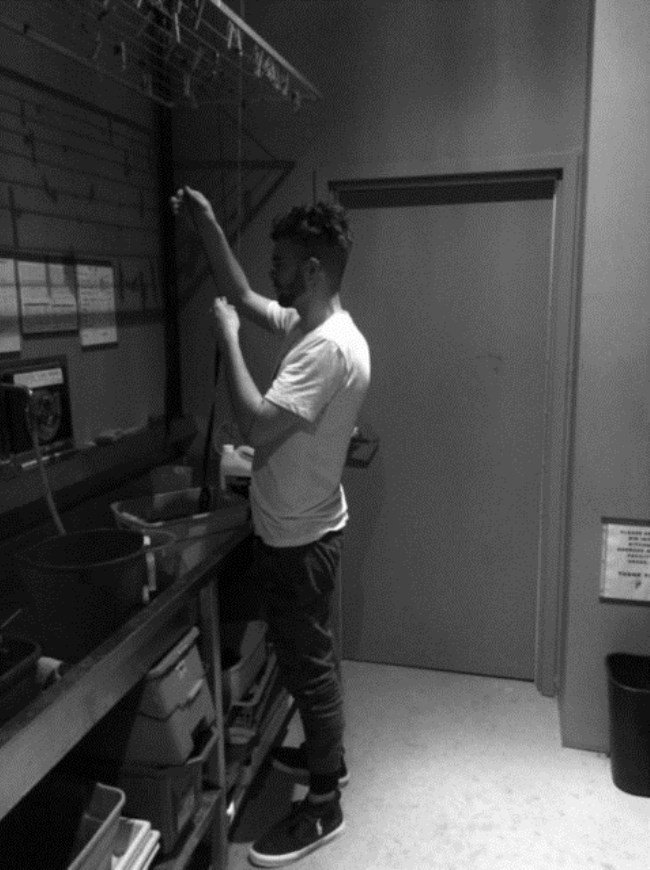 Personal experience and interest plays a deep role in Dan´s creative process. With the advent of digital mood board applications such as Pinterest, creatives can get dragged down by secondary and tertiary programmes forming a digital chain of creativity.¨ My inspiration depends on what I’m shooting. I try to reference the experiences in my life and go into the situation with these as guidelines. I must have an interest or a reason to capture something. For me, I want people to feel my filming so the devil is very much in the detail. I synchronise ideas sometimes with an absolute zero budget.

¨Some of the most powerful films I have ever seen have ranged from the symbolic satire  Alejandro Jodorowsky’s The Holy Mountain, which created a great scandal upon its release at Cannes. Then, there was  the iconic Casablanca which was an immaculately shot film and a flawless conception of the time, I also watched a 70mm projection of Kubrick’s Space Odyssey 2001, which is just fucked up¨ – Dan Smeby

Smeby certainly feels that on-line social media platforms for film makers are an important aspect to interact on. ¨Social media for film makers is what´s most important just now. Applications like Vimeo are changing so quickly and rapidly, especially when they are used within the international festivals / circuits like the Kodak audience awards. Many film makers now deal with the creative production and leave the marketing and promotion of the film to the sales agent. My creative part is 1/3 of the total as I only relate to the artisan. The rest, the other 2/3,  that´s for management agencies.¨ 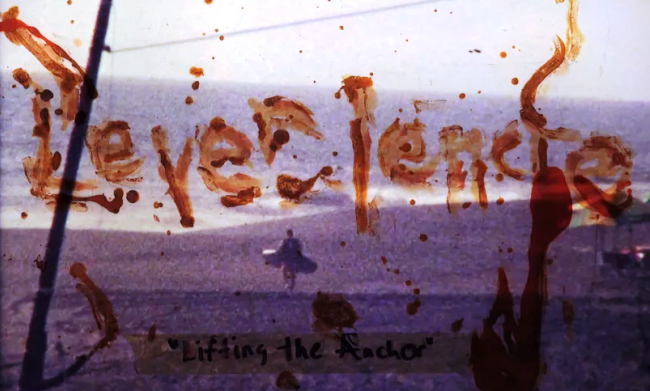 Investment in film ventures, as a sign of the times for all the creative industries, is sadly hit or miss Dan has found; ¨Some clients throw money at me and some come up with a strong idea. But, out with this, I have my own personal projects in which I make a pitch and send it to the arts council  for consideration. To date, I have only made one at this level which came from an idea I had from a mental health conference. I invested as much money as I could and started shooting on a Super 8 camera. I took all my ideas and collaborated with individuals on the project and a few year’s later, the film was complete.¨

¨I don’t want to learn to use a digital camera just to´keep up with the Jones’s, ‘ so I decided to ´Jam with the Jetsons´¨ – Dan Smeby

From this initial project, Dan´s growth has been organic and diverse. His most recent 2 minute reportage called ´#######´ features his stylish edits of the *TOM Toronto Men´s Fashion Week´spring/summer´16 celebrations and succinctly adds to the versatility of his portfolio.¨ I saw on the Toronto film makers Facebook page that *TOM were looking for professionals to shoot the spring / summer men’s fashion week. I had to put a strong case together and convince my superiors about shooting in film to capture the essence of the experience, as it had never been done.¨ Dan enjoyed several good opportunities from the project, both visually and aurally. The filming came straight out of the camera and he worked with the musician Jim O´Brien Jr. for an original score as well as adjusting the sound and synching technicalities.

The final result was a great success, however the start of the project saw Dan run into some problems.¨ With no funding  available for the actual film stock itself, I contacted George at ORWONA Brooklyn, NYC. He is a beautiful individual who sponsored my vision for *TOM men´s fashion week. Then, with a low cost rental from LIFT (Liaison Of Independent Film Makers Of Toronto), I got the necessary tools in order to produce my vision. It was a fast and exciting week with much collaboration and opportunity.¨

Dan´s next chapter will see him crossing the pond for some trans-Altantic ventures, and launching his start-up production company, PALMFOOT. A mix of pleasure and filmmaking/photography will allow him to develop his talents and travels as he investigates new opportunities and his next batch of inspirations, which you never know, could include you.