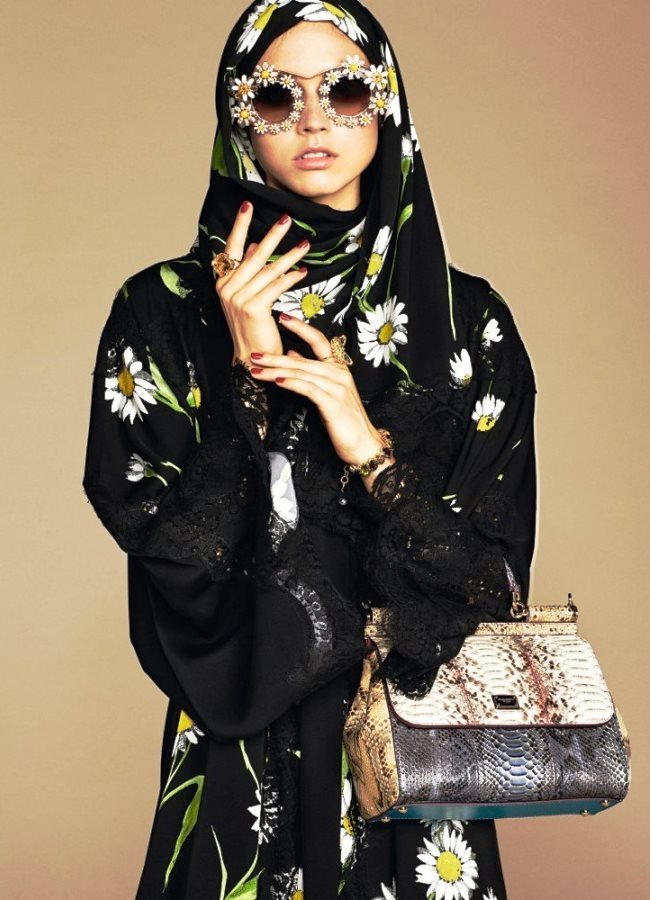 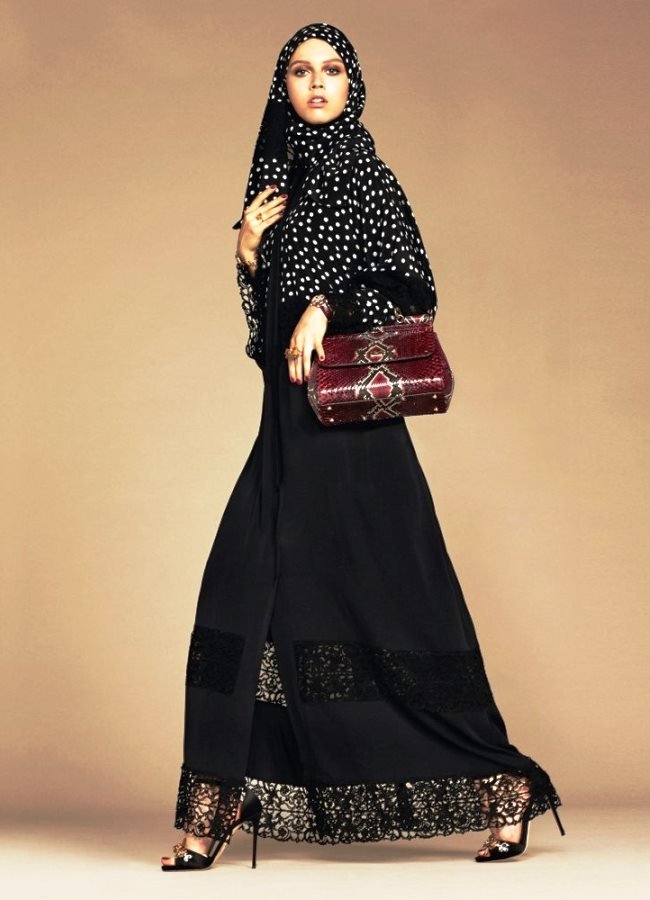 The Abaya Collection – Conservatively Detailed For The Muslim Market

The ground breaking collection – denoted as ´The Abaya Collection: The Allure of the Middle East´ showcases a comprehensive selection of the traditionally inspired Muslim staples of the Hijab ( head covering) and the Abaya ( loose fitting body robes) which has quickly gained recognition within the industry as ´The Ramadan Edit.´

Whilst respecting the laws of the culture, Domenico and Stefano blended contemporary, unassuming pieces which are ´engineered for modesty but with all the flair of any other D&G collection´ with details such as neutral tones, loose silhouettes and high necklines in an effort to attract the emerging Muslim market which has seen a momentous growth in the past few years of some $266 billion on clothing and footwear in 2014, according to Global Islamic Economy Statistics which also predict this number to augment to $484 billion by the end of 2019.

A Demure Re-Interpretation Of The Spring 2016 Collection

¨The collection celebrates the inimitable dolce vita that is distinct to us in the Arab world, but it’s still distinctively D&G with a mixture of details that appear in the brands Spring 2016 collection, as well as a sprinkling of playful polka dots¨ – Domenico Dolce

Manufactured in sheer georgette and satin weave charmeuse fabrics with lace detailed hems, this collection in sheer black and pale beige pays respect to the homage of religion in the multi-faceted world of 21st century fashion. In particular, the Abayas capture the essence of the brand with several influences which have been conservatively re-worked from the covetable Spring 2016 collection such as the luscious lemon trees, ruby red roses and delicately detailed daisies bringing a little of ´La Dolce Vita´ to the Arab world in conjunction with their co-ordinating cocktail jewellery, patterned bags and oversized sunglasses. For Muslim women with an eye for high end fashion styling, this is an important design evolution. 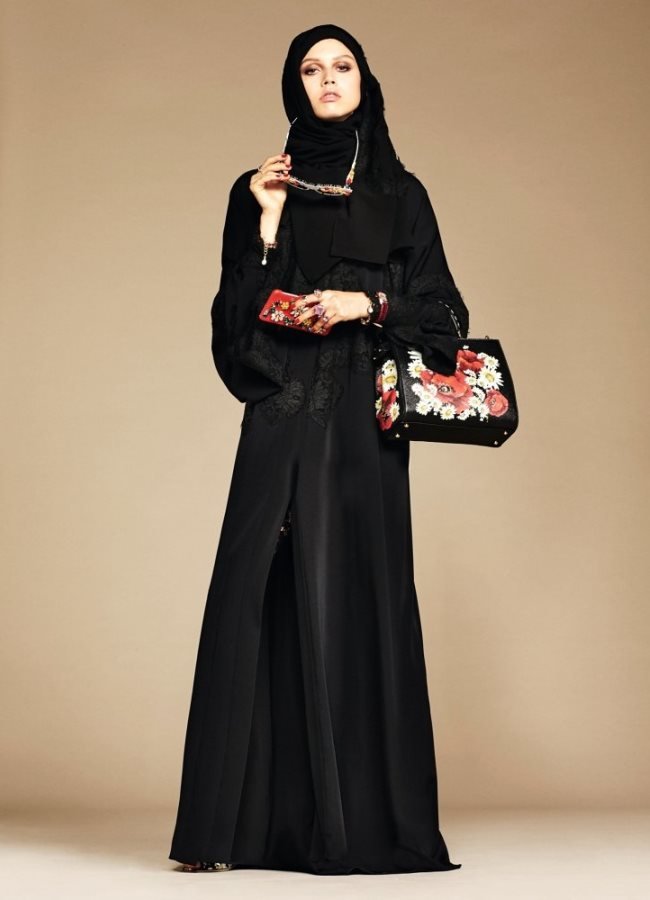 The Italian super-brands desire to target a more international market reinforces the trend within high-end design houses to extend their international and multi-cultural consumer base. This may well also be in response to other designers such as Oscar de la Renta, Monique Lhuillier and DKNY launching clothing lines to coincide with the holy Muslim celebration of Ramadan, which has now seen this temporary fashion trend transform into a profitable all-year-round market, to the delight of the designers and their Muslim customers alike.