DREAMS OF THE ORIENT

The French capital´s recently opened Musee Yves Saint Laurent Paris reaches its hands out across Asia with its latest exhibition ´Yves Saint Laurent: Dreams Of The Orient´, which opened this week. The exhibition showcases more than 50 Couture designs that Yves Saint Laurent created by drawing on inspiration from China, India and Japan. To the uninitiated, the most surprising most of all is that Saint Laurent never knowingly, if ever, travelled to these parts of the world, which clearly inspired him the most. Although, he certainly spent a lot of time there in his head, famously quoting “I have been to every country in my dreams.”

Saint Laurent was certainly a great believer in the power of the imagination and the subconscious. He would often speak about dreams; a paradox of which he used and referenced with each and every collection he produced. This rational seems to have served him well as ´Dreams Of The Orient´ features classic select pieces from his 1977 ´Les Chinoises´ collection – an installation which ignites the interior space with its colour and texture, indulging each and every corner with the most delicious and sumptuous jewel box hues. 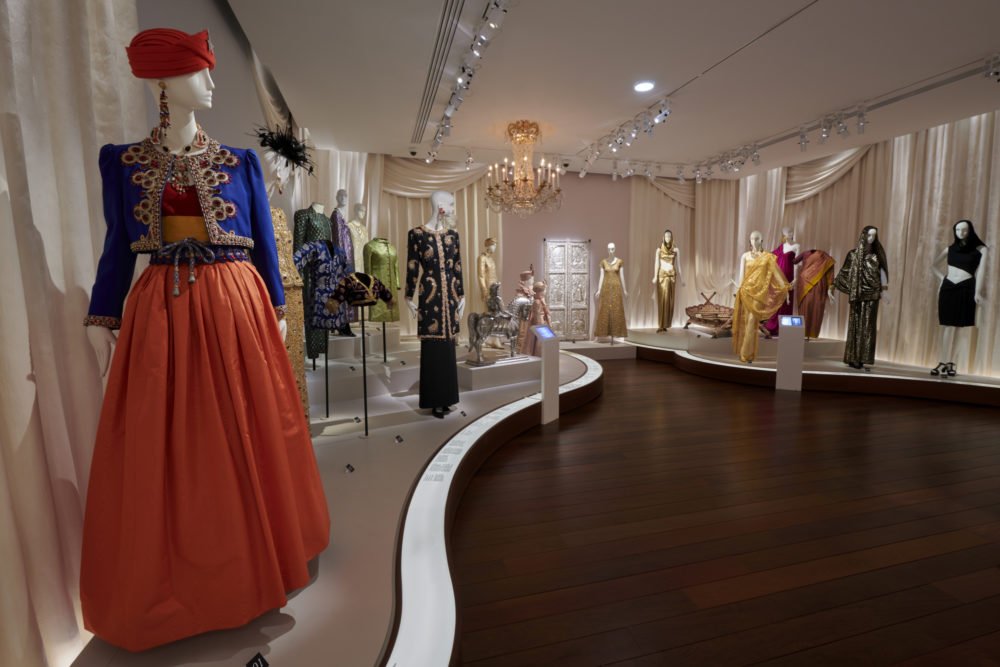 The Styles Of The Orient, As YSL Imagined

There are several gems in this collection that merit special attention. These can be found in the second room with its notable array of bold Emperor gowns and silk brocade jackets in bright red floral prints which rub next to golden capes with imposing golden Dragon like scales. As a frequent visitor to Japan, YSL´s interest in the national costume of Kimono and reflections on Kabuki theatre are also represented here by works kindly on loan from both Japanese museums and private collections from all across the world.

“Asia has long exerted a fascination on European artists. In his collections, Yves Saint Laurent delivers a personal vision of it, built on a thorough knowledge of its story, its culture and its art.” – Charles Daniel McDonald

The exhibition concludes with an array dresses featuring silhouetted embellishments with a Ming Dynasty theme. The influence of these delicate vases of the era add a strong discussion for his ability to counter-point Chinese Couture. The final dimly lit space completes the experience with its larger than life display of the more contemporary themed and most talked about fragrance of 1977, Opium. Here the marriage of original brand sketches and bottle development mix heavily with multimedia footage and vintage propaganda, making it as addictive as its name suggests. 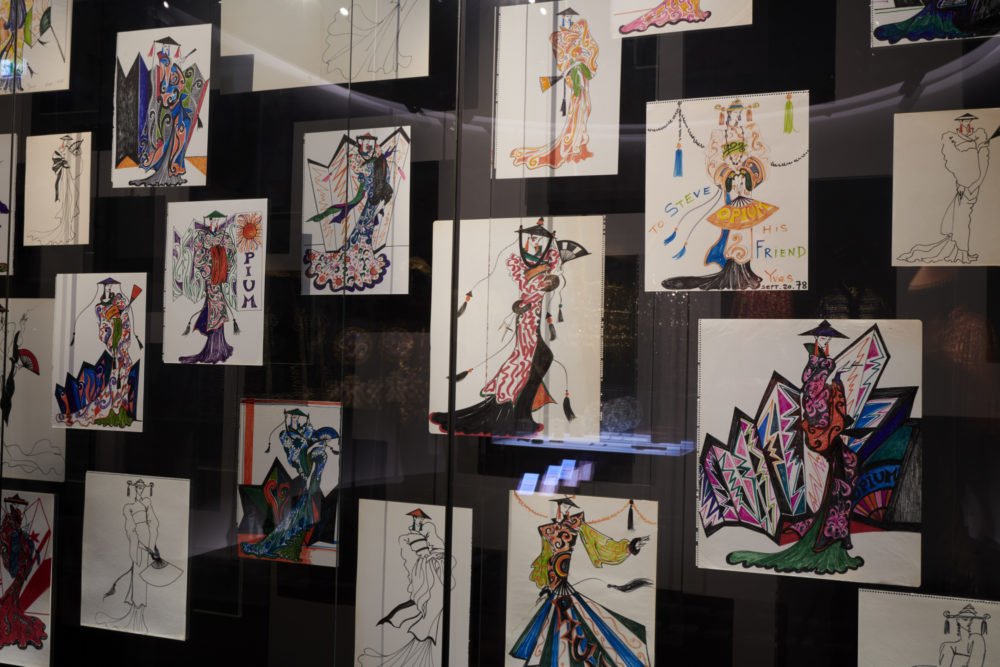 Before his sudden death in 2008, one of Saint Laurent’s muses was the continent of India – another place that he frequently manifested in his thoughts. With swirling fabrics and tantalizing tones, Saint Laurent archaically re-imagined the key pieces of the culture´s couture such as the Sari and Turban; giving each element his unique fashion spin with whispers of lamé and hints of jewels – making it the perfect companion for the city of light.