FASHION DJ’S THE SOUND OF LUXURY 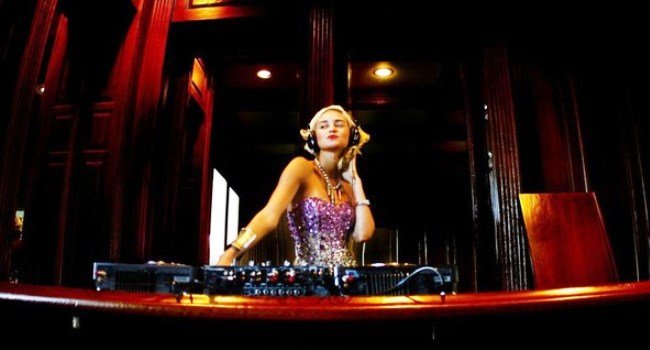 Whether it’s Chanel´s progressive pounds or an ´impromptu´ live performance by Annie Lennox, nothing sets the tone of a fashion show quite like the soundtrack. Just like the goodie bags, the VIP´s and fundamentally, the collection itself, a designer’s runway music is flawlessly composed to best convey that season’s message. Much like the clothing, sounds technicalities can continue to change right up until the moment before the first model hits the runway.

Even though each designer’s playlist runs the spectrum from ’60’s rock to acoustic indie labels, we can always expect a some recognised faces behind the set or on the actual catwalk during Fashion Week celebrations. New York performer Mia Moretti is well known for curating show and party soundtracks for top designers like Jeremy Scott and Timo Weiland as well as performing each season at ultra-hip New York label, Alice + Olivia with her band Despite several years’ experience as a fashion show DJ, Mia leaves nothing to chance with her meticulous planning which she starts a month before the show itself. 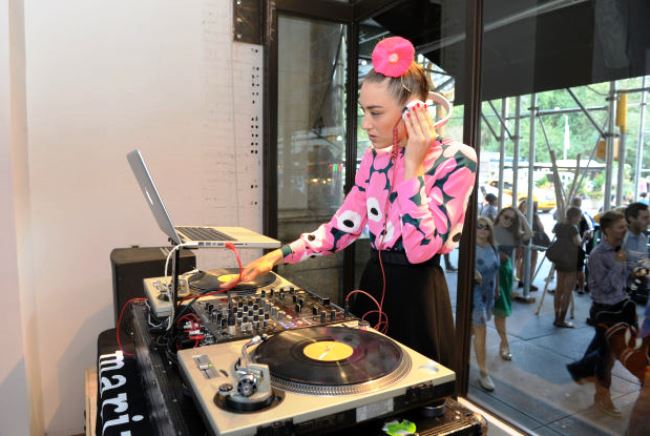 Mia explained the mechanics of sartorial sound tracks “I always say there are three stages in a runway mix. The original ideas and inspiration from the designer for the collection, which is a pretty literal translation. Maybe there’s a specific sound that ties to the collection, or a single word or colour. Then, there is the creative extension of that, what that inspires me to hear musically.” Despite all the organisation and liaison with the designers, Moretti stressed that there are matters that can and will change minutes before the runway. “The third and final stage that usually happens the day before the show when the collection has come together and you have the models, the styling, the hair, the makeup, the jewelry,” she considered. “There’s a ton of new ideas that always come to life as a collection is being born, so this is the most important stage. It’s embracing this new aesthetic and bridging that with the first original concept without ignoring either.” 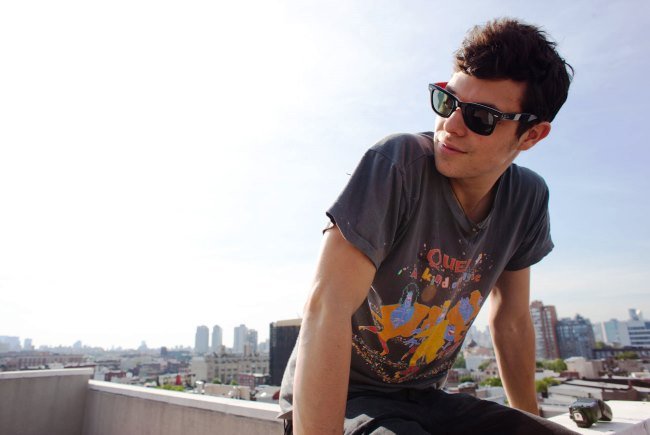 Another designer orientated DJ is Jesse Marco, who got his initiation into the world of fashion several years ago after DJ´ing for Tom Ford which set his career on a spin putting him in the arena with designers like Alexander Wang and Calvin Klein. Although Jesse works as a ´regular´ DJ throughout the year, he appreciates that a Fashion Week show is much more detail orientated than a standard set. “The music is a reflection of the show’s attitude or just the general energy of the designer, rather than a regular gig where I am reading the crowd,” he told us. “I think you want the music to bring people on a journey while they check out a collection. By adding the right ingredients together, you get something amazing.”

“I always say there are three stages in a runway mix. The original ideas and inspiration from the designer for the collection, which is a pretty literal translation. Maybe there’s a specific sound that ties to the collection, or a single word or colour. Then, there is the creative extension of that, what that inspires me to hear musically” – Mia Moretti

In Jesse´s opinion, some of the fundamental functions of a playlist are to provide high energy, a consistent vibe and steady quota of re-mixes. “I look for the beats first off, then maybe it’s a vocal break, string elements or samples,” Moretti said. “Then, it’s sounds that trigger our memory. Whether it’s love, lust, fear, power, money, freedom, fun, birth, death, whatever the collection is expressing.” 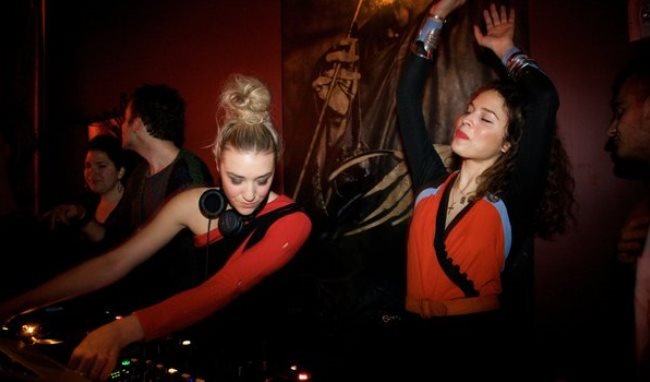 Dreaming up different feelings or savoir-faire’s gives editors, buyers and clients a theme to associate with the clothes when they visit the shops. The most developed collections usually have a meaningful message. Whether it’s a throwback to the ’60s and ’70s or a babes in toy land vibe, setting the theme is conclusively the name of the game.

When it comes to public events, a little foot-tapping and knee slapping never hurt anyone, especially when the atmosphere is intoxicating. Mia recalled one of her top fashion week gigs which was the after party for Prabal Gurung who she found to be breezy and happy-go-lucky. “We always talk after his show and he tells me these exact words in his beautiful, heart-warming voice: ‘Mia, baby, I just want everyone to have the best time and I want everyone to dance!’ Music really is a gift, so I’m so lucky when I get to work with someone who appreciates and enjoys that.”

NEXTSWISS-BLISS AT THE ROYAL SAVOY