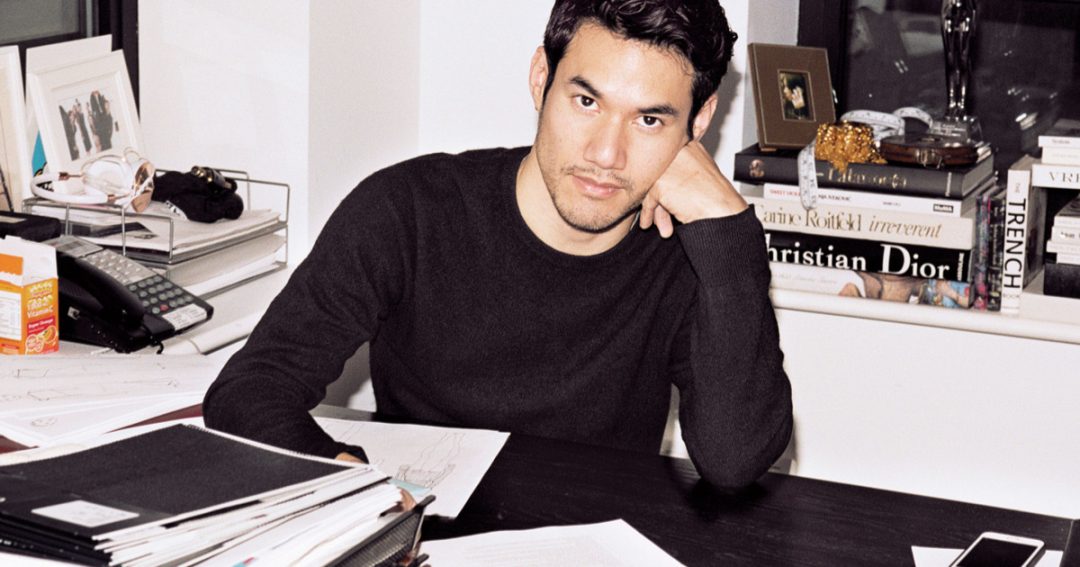 From the word action, film has always employed a considerable influence upon the collections of Joseph Altuzarra – a notion which can be traced back to his delight of the medium from an early age.

Addressing the press shortly after his Spring / Summer 2017 collection hut the runways of New York Fashion Week, the designer explained the films of David Lynch and the influence that they had on his new outing. Altuzarra also continued this notion of fashion following film by discussing some of the other movies that have inspired his past collections, which featured an array of iconic Directors from Polanski and Burton to Kubrick.

“ We always had a TV growing up, but it never had channels. All we could watch were VHS tapes, and my parents were really big fans of old movies from the ’40s and ’50s. When I started my own company, I really found that a lot of my inspiration came from movies. A lot of it is obviously visual, the costumes or the decor and mood, but a lot of it was also the story. I find that narrative is really inspiring to me. ” – Joseph Altuzarra 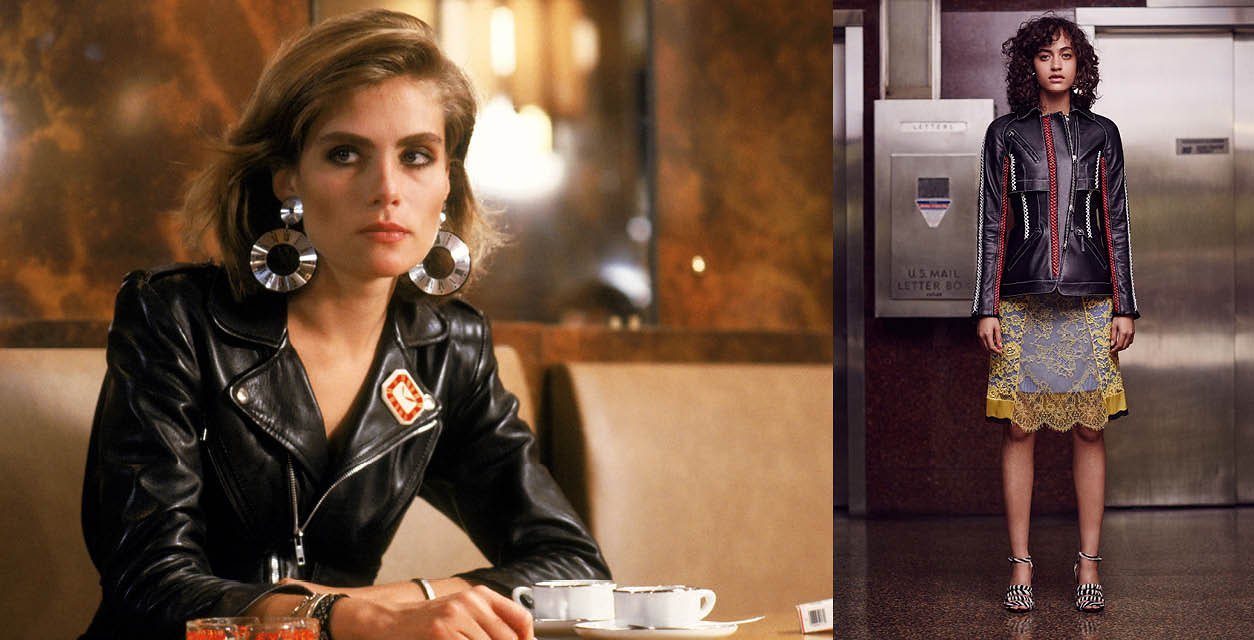 “It’s a movie that I’d seen as a teenager with my parents and watched again. I was really struck by Emmanuelle Seigner’s character and what she was wearing. It was sort of that interesting end of the ’80s, early-’90s very French look. There’s a tragic quality to her character as well. She’s a little bit messy, and very risky, but also very fun. I think that entire spirit was something that I really responded to. The look book we shot in the lobby of this building, because there’s this particular scene in the movie that was shot in the lobby of the hotel that Harrison Ford is staying in in Paris, and we scouted the city to find an elevator that looked similar.” 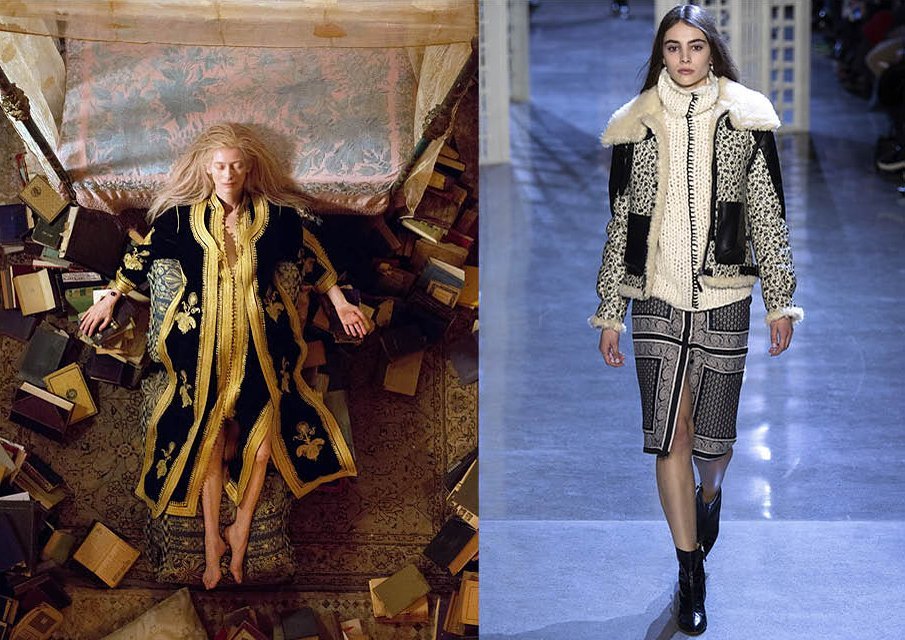 “I have this one particular kind of genre of movie that I really love, this sort of trans-historical, trans-geographical narrative that goes around the world and through time. You have this richness of period and costume and textures. What I love about this movie is how curious about life and different cultures the characters are. It almost made me think about the creative process in a different way, mixing different periods and folk costumes, and playing with different prints in patchwork-y ways.” 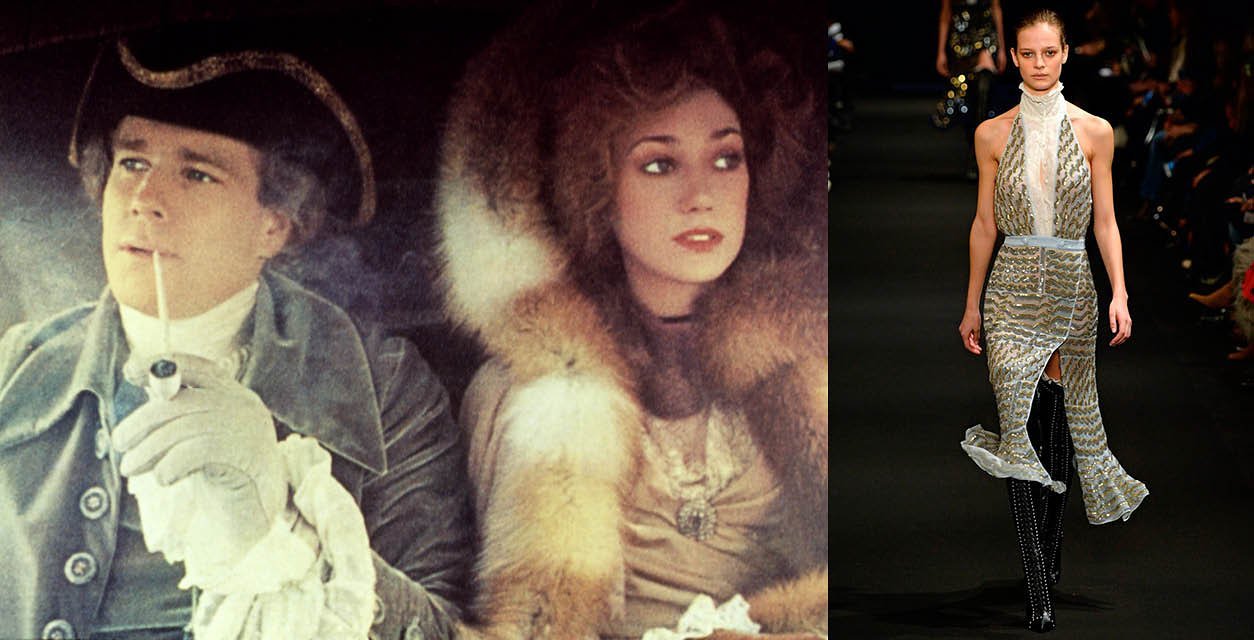 “I was sort of inspired by Truman Capote and the ‘swans,’ Gloria Vanderbilt and this very sort of perfect American beauty, but I was also really interested in dandies and the idea of 17th- and 18th-century male costume. I watched Barry Lyndon and I think a lot of the mood of that influenced the collection, that sort of candlelit quality, a certain darkness.” 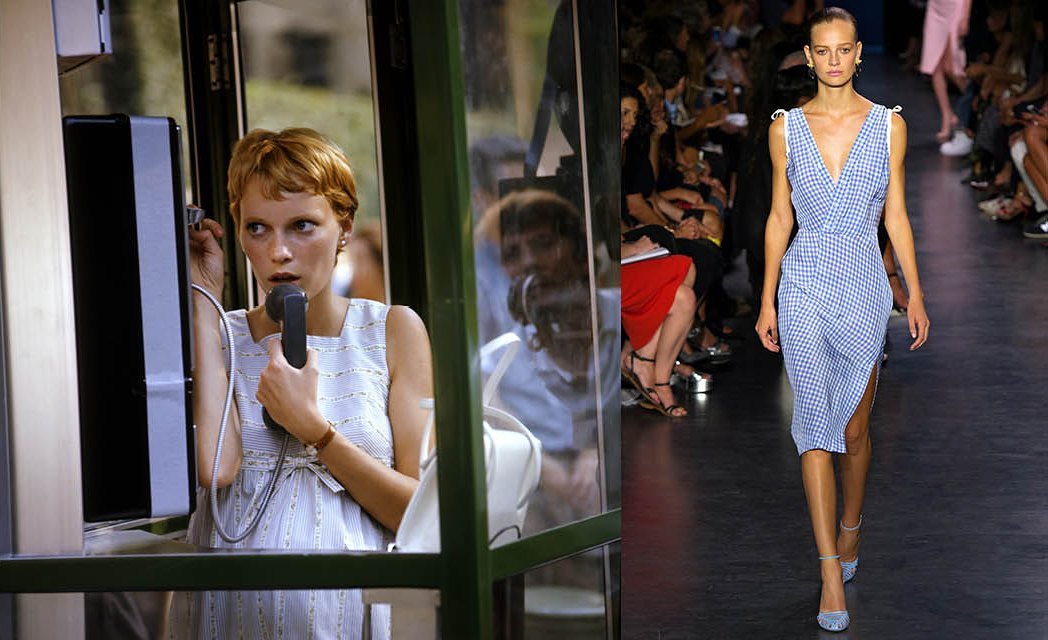 “I’d seen Rosemary’s Baby when I was very young. What I thought was so incredible when I watched it again as an adult was obviously how scary it is, but also that the main character is so sweet, to the point of being sick and very little-girl. As the film evolves, she becomes corrupted more and more. The way that we worked on the collection sort of followed that arc. It started with these really saccharine, very girlish gingham outfits, and as the collection evolves, she becomes more and more undone; all the seams start ripping open, dresses start unraveling, and then at the end, the dresses are almost completely deconstructed.” 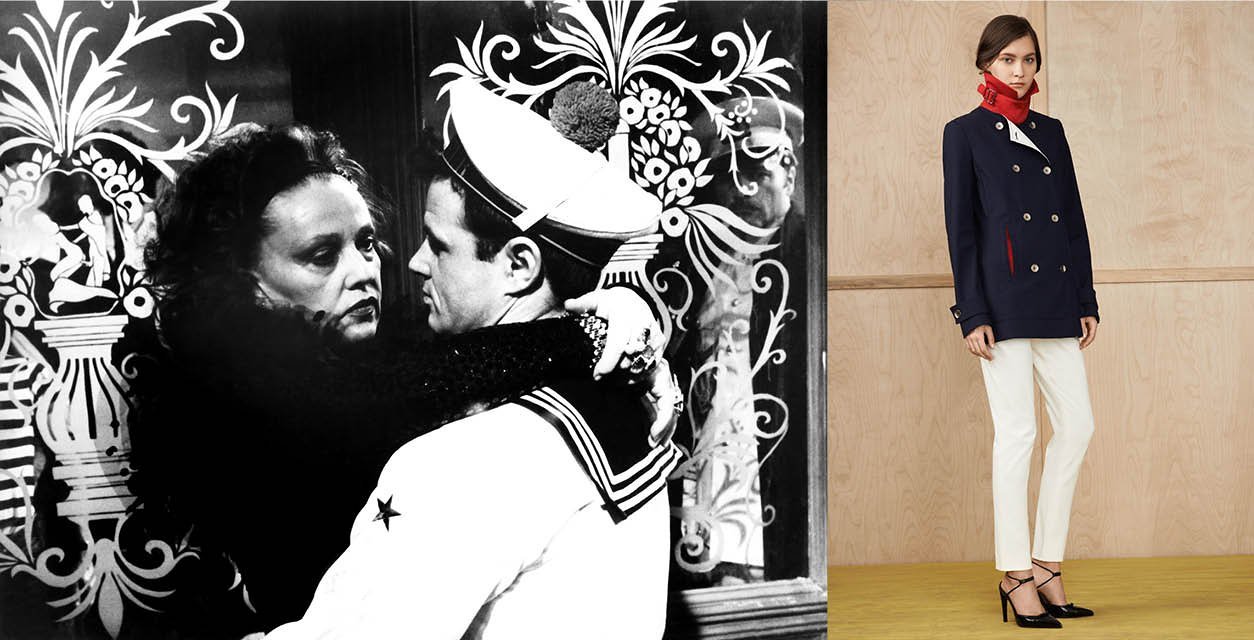 “I remember being incredibly struck as a teenager watching this movie; there’s a lot of sort of gay subtext and it’s a really dark movie about sexuality and masculinity. The protagonist is a sailor and that was, in terms of mood and costume, where a lot of my inspiration came from. A lot of that nautical feeling.” 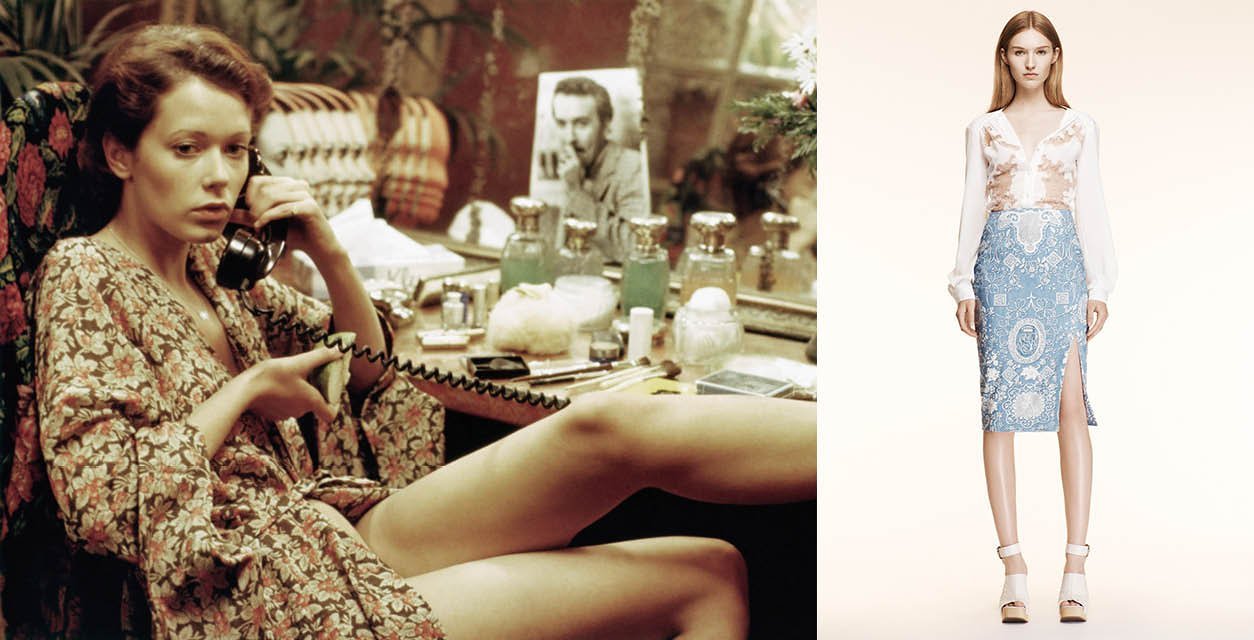 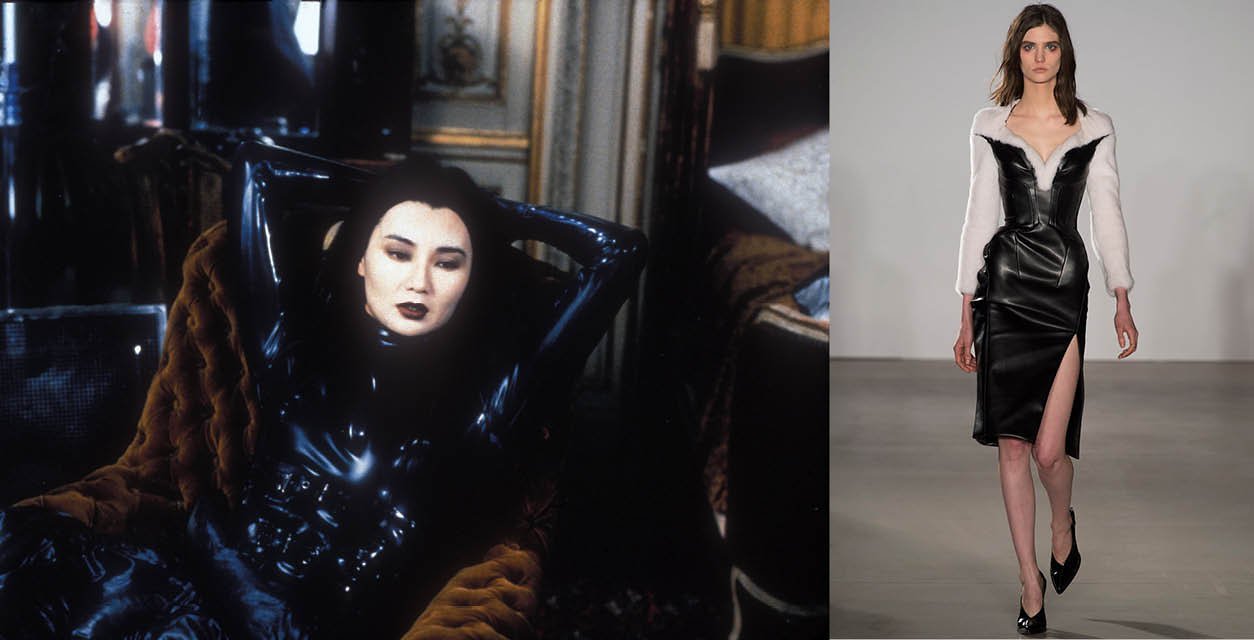 “It’s a really strange movie, which I had seen as teenager, too. It’s basically a film within a film and Maggie Cheung plays an actress who is hired to play a burglar. It’s a remake of a silent movie called Les Vampires. In the movie she wears this really tight latex catsuit and is super, super vampy. She gets more and more into the character and begins melding with the character of Irma Vep, and so a lot of the latex-y feeling of that collection, the anatomical feeling and the skin-tightness comes from her costumes.” 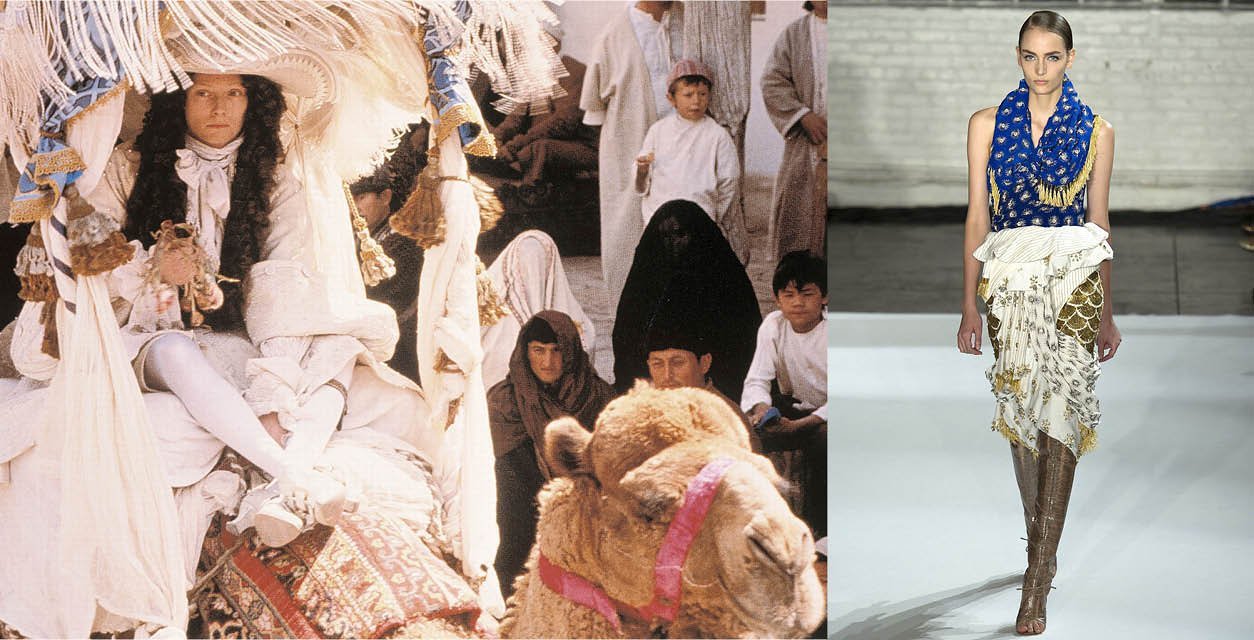 “That’s one of my favorite inspirations, and one of my favorite movies. I love the movie visually, and Tilda Swinton is incredible. I think what I love is this mix of time periods, because she lives for so long, this mix of countries and folkloric costume, but also this gender fluidity. A lot of that inspired this collection’s masculinity, the railroad stripes and the men’s shirting, but then with the femininity of the embroidery—the two things sort of clashing and coming together.” 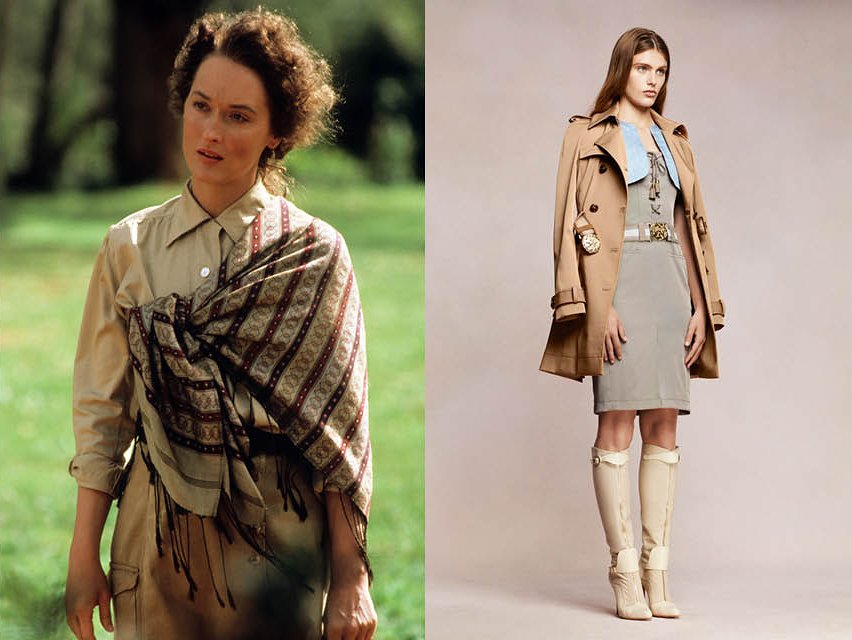 “I was inspired by safari and obviously Out of Africa is sort of a must-see for that kind of feeling. What’s interesting about that film is you have this mix of classic safari wear and then this also very turn-of-the-century costume. Those two things were really important in the collection.” 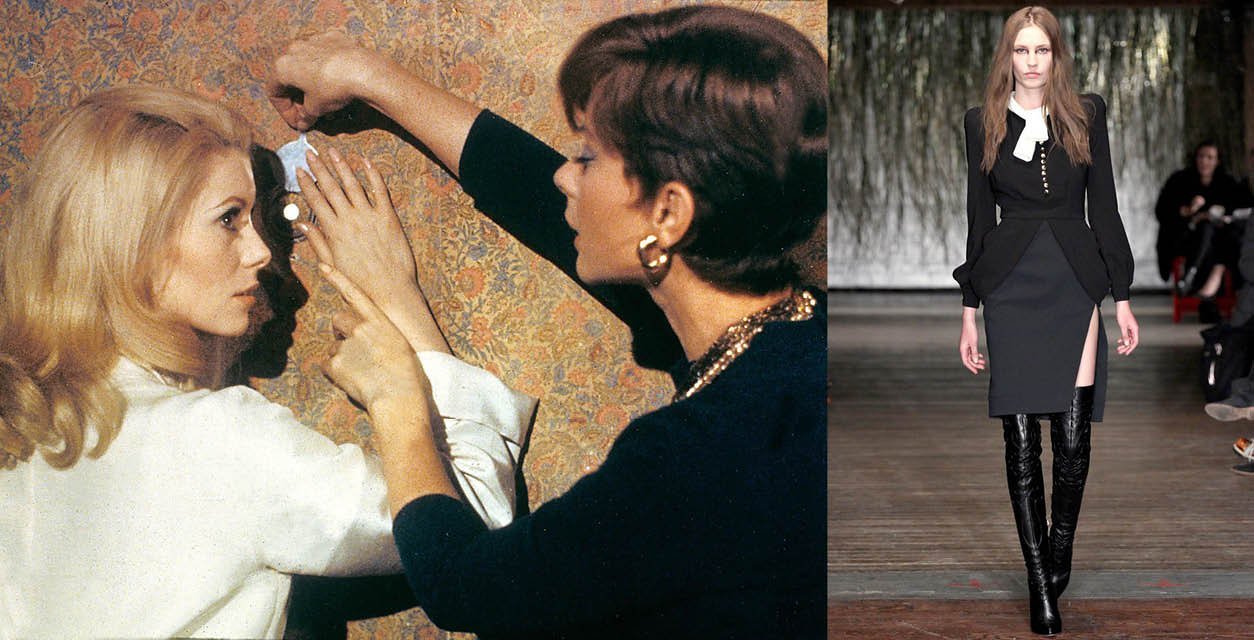 “I was inspired by Catherine Deneuve’s character, and the idea of the buttoned-up bourgeoisie and what happens when that unravels.” 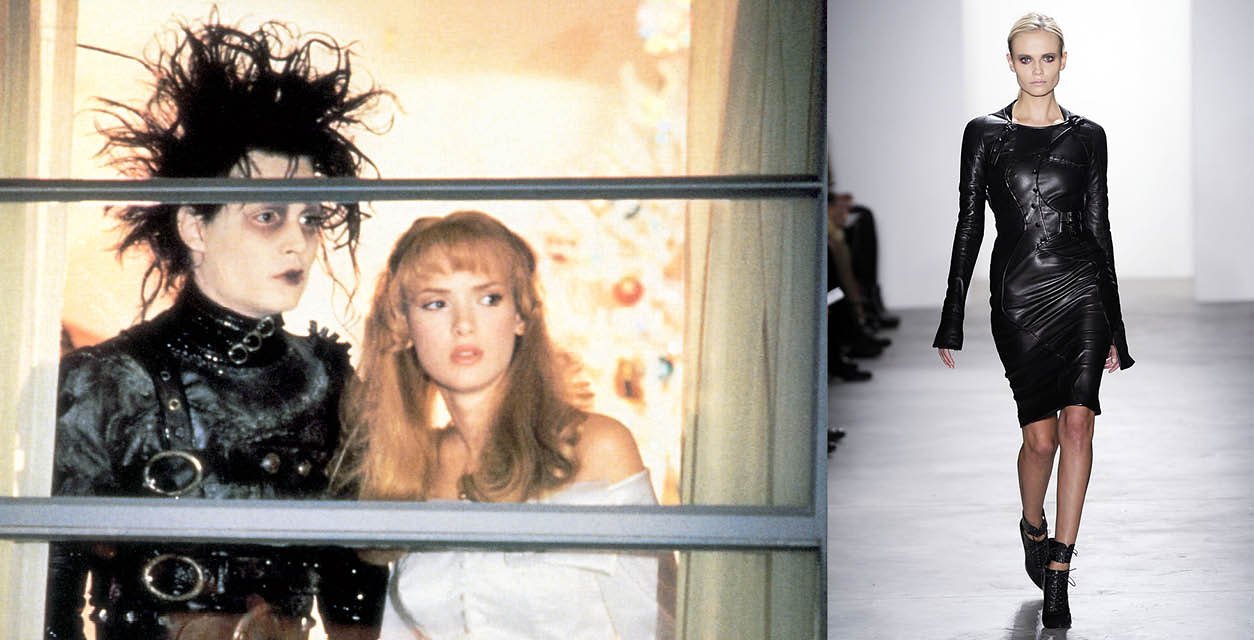 “That was probably the beginning of when I started looking at films for inspiration. I had this huge Tim Burton phase during that time and I became really obsessed with his drawings and the movie Edward Scissorhands and its costumes. All of the buckling and stitched-together seams like Edward’s costumes. Parts of the collection were also inspired by other Burton films like Planet of the Apes and Catwoman in Batman.”