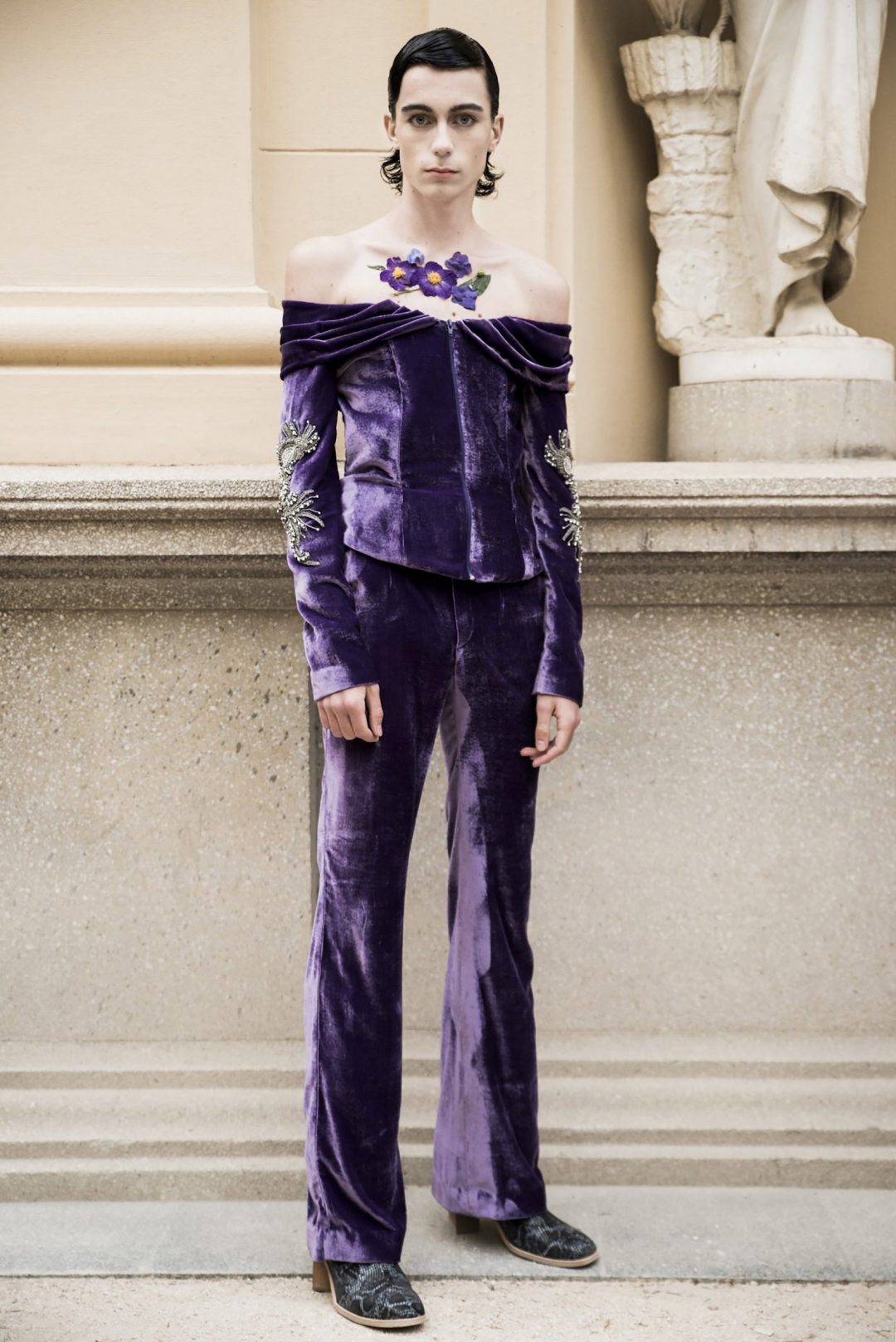 Palomo Spain is working to make a menswear fairy tale come true, quite literally. Designer Alejandro Gomez Palomo, the twenty-four-year-old designer established the label just under ten months ago by debuting his first collection, entitled ´Orlando´ which featured an array of clothing based on Virginia Woolf´s interpretations of Shakespearean gender fluid characters.

The collection as a whole is rich and varied – there are Poet shirts presented in robin’s egg blue and tracksuits in jewel tones complete with peplums and bishop sleeves which would satisfy even the most demanding of Elizabethan sports fanatics. In addition to this, Palomo also has something to indulge the dramatic disco diva, with his covetable retro-inspired tear away denim flares. “I feel that boys need to discover different ways to wear clothes that we haven’t been able to wear up until now.” 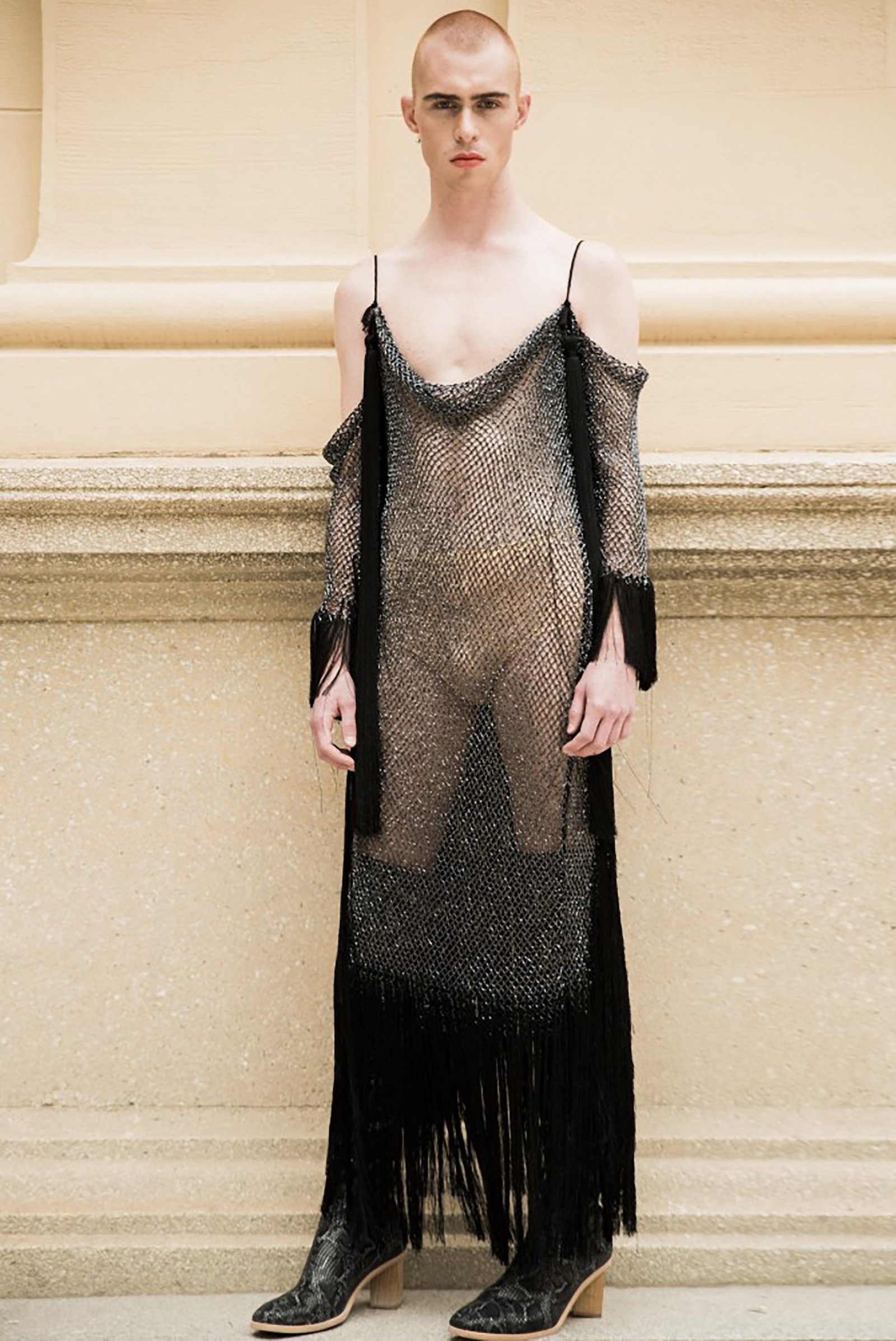 His past seasons offerings saw him re-direct his normally ethereal, frill-forward fashion into more a more classically Elizabethan aesthetic – ruffles cascaded out at the arm in a flowing form and blouses were sharply cropped with dipping, exposed shoulder panels. Palomo also gave the classic pinstripe suit a magical makeover, complete with a dipping décolletage which was heavily embroidered with flowers.

“I project what I desire and then I bring it to my own universe, like ‘let’s take it to a different level and fantasize a bit more in the way they dress,” Palomo quoted. He gets inspiration from using mostly vintage materials, which are sourced from a small factory in Southern Spain´s Cordoba. “I work with materials that are usually used for womens wear. In the past, I have worked with a traditional haute couture fabric house that my seamstress has been using her entire career. She does the dressmaking for older and wealthy women, so that is the most feminine aspect of my sewing.” 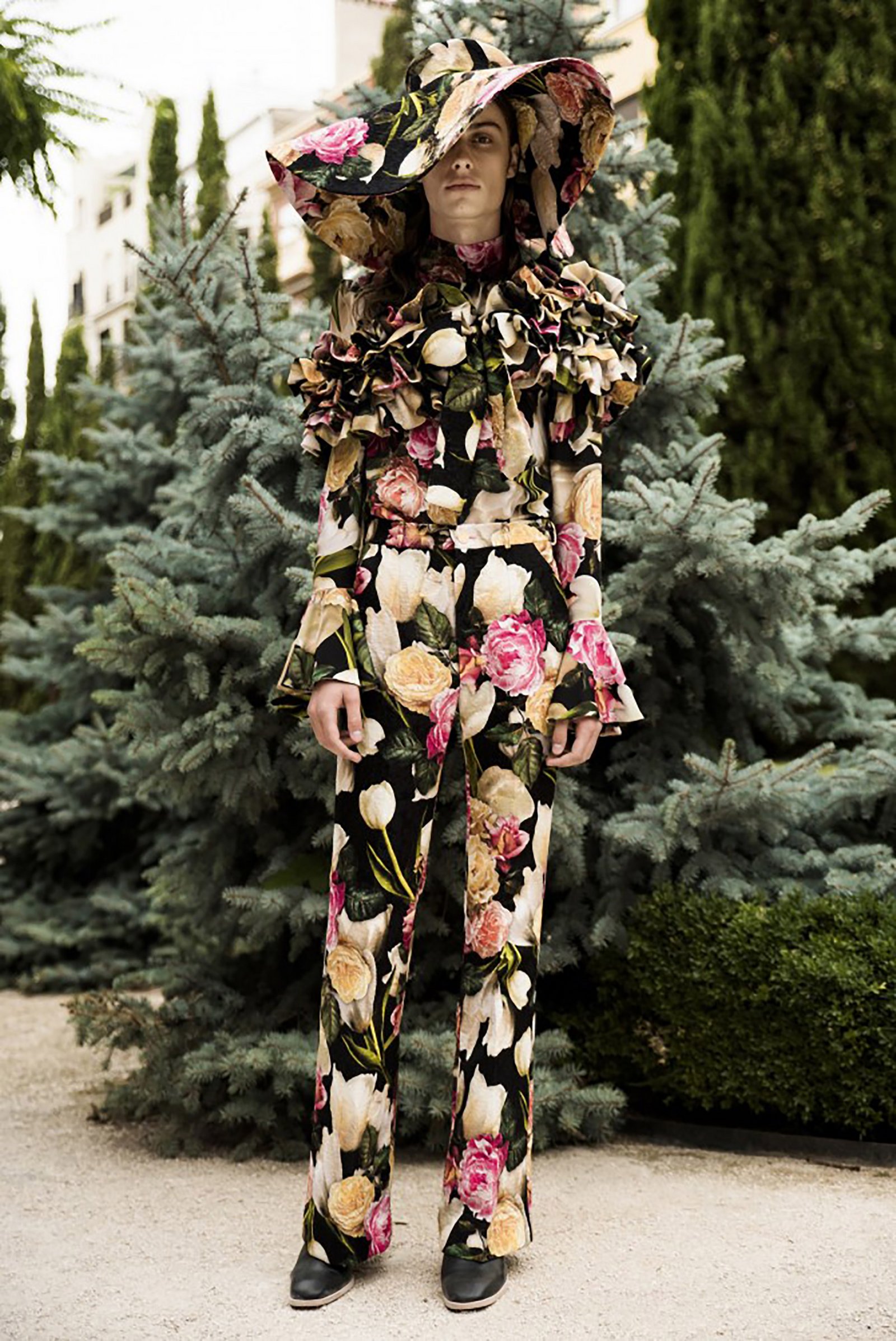 Worn By Men – Loved By Women

Even though his collections are aimed at the male market, Alejandro still receives many orders from buyers who are purchasing the pieces for female clients. (Show me a girl who wouldn’t want to try on a pair of those Pepto pink velvet flares or that fuchsia sequined jumpsuit).