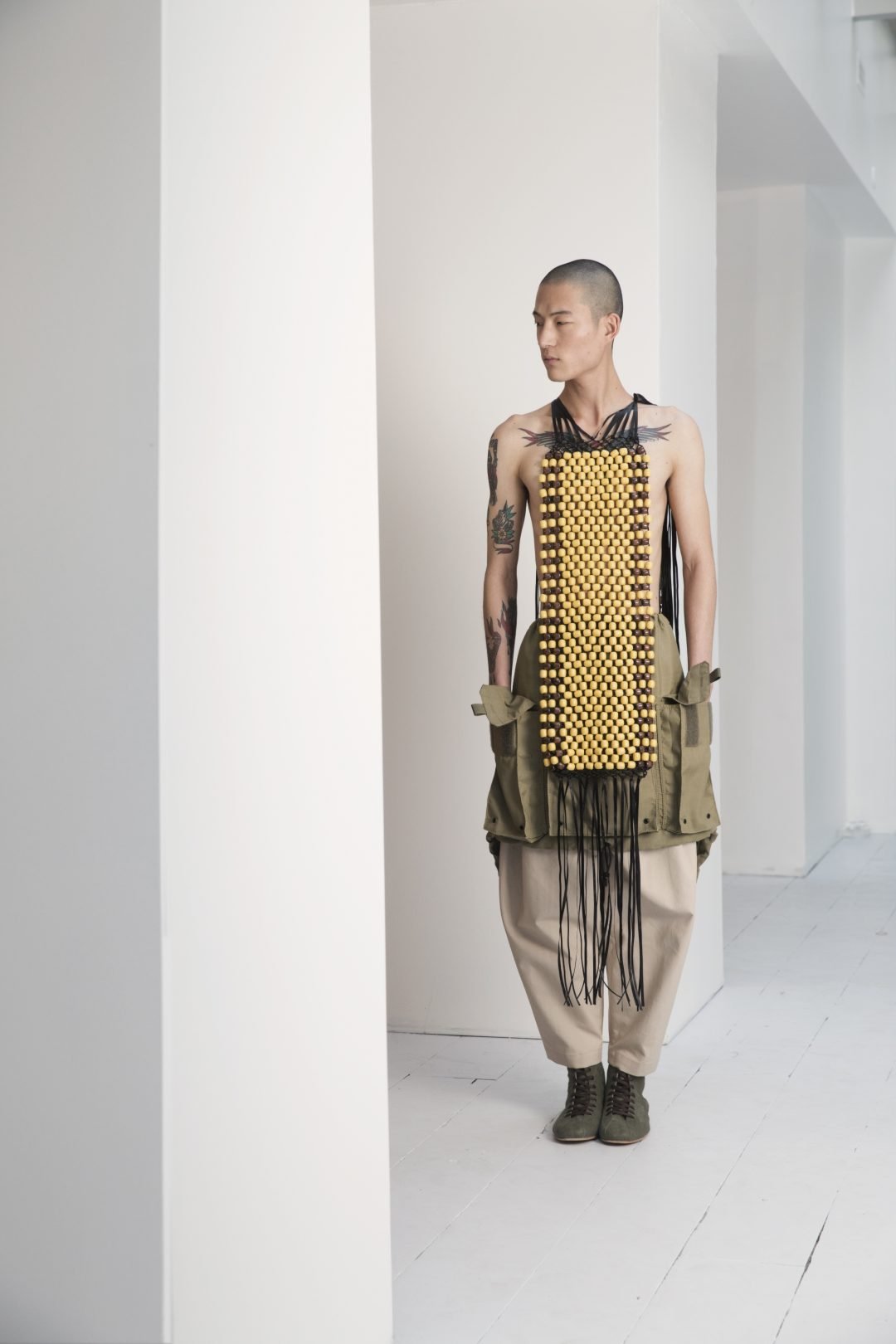 For Autumn/Winter 2017-18, Israeli fashion designer Hed Mayner signs one of his richest and most daring collections to date, looking for innovative ways to re-think menswear. Drawing his research around sculpted shapes and hybrid garments, Mayner likes to use familiar genres which most men can relate to, he also infuses them with a degree of abstraction that encourages the eye to like new textures as well as bolder proportions.

This season, he crafts pieces that look engineered and are in fact, fully constructed – such as a stiff pair of reworked cargo pants, which fills the space with its voluminous lines. The silhouette is round and curvy, from a cotton parachute top with bat-wing sleeves and a drawstring waist to an oversize bomber jacket which appears to be rigid and almost blown-up. Pants are low and full, mimicking the carrot shape to striking effect.

¨ Mayner´s current collection was a winning one – a succinct reinterpretation of the military trend which was seamlessly fused into the sport-luxe trend for a flawless example on how we should be dressing later on in the year.¨ – Charles Daniel McDonald

Besides reinterpreting military staples – which are a leitmotiv within his work, Mayner twists sportswear styles to give them a new lease of life. A two-tone zip-up sweatshirt features two panels in the front, which can be draped freely around the body. The same sweatshirt morphs into a longer dress, with cropped sleeves and side slits that seem to defy our expectations. This willingness to surprise and play with his audience illustrates Mayner’s generosity as a designer and his willingness to question our surroundings.

The collection toys with the idea of rich and poor, refined and ordinary, from a perfectly fitted jacket with stylized lapels to a simple backpack skirt with utilitarian pockets. Flat laced-up sneakers are made in washed canvas, sourced from vintage military tents, while denim is washed and distressed to evoke the passage of time. Balancing directional lines with such imperfections is one of the designer’s key strengths, adding depth to the most minimal styles. Colours are either subdued or strong, from khaki and beige to red and blue, as well as white and stark black. Fabrics range from felted wool and poplin cotton to soft velvet and stiff lambskin make this collection as beautiful to touch as it is to look at. 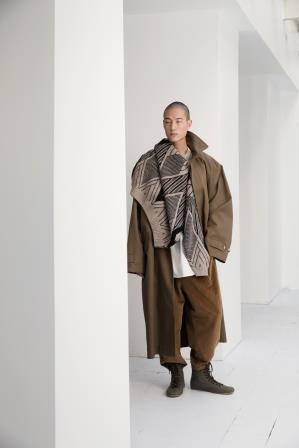 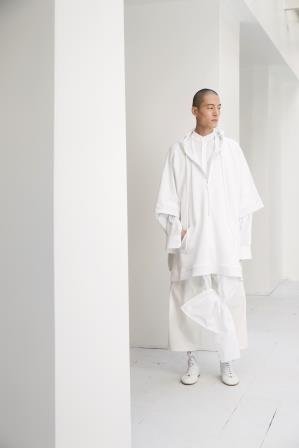 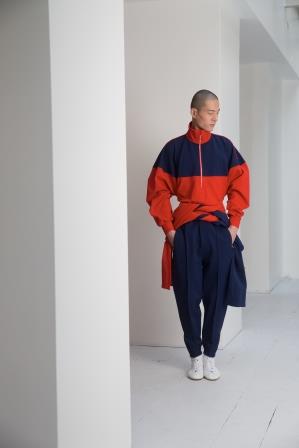 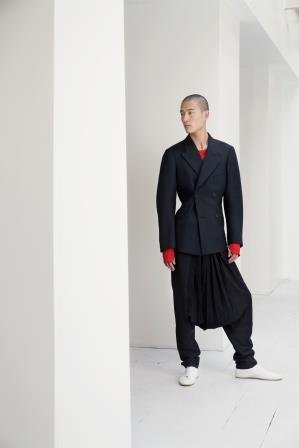 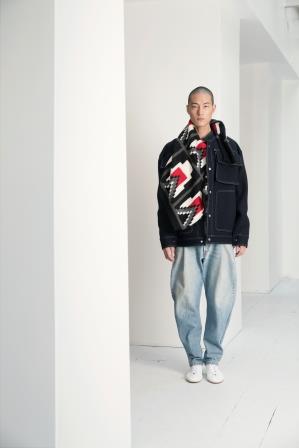 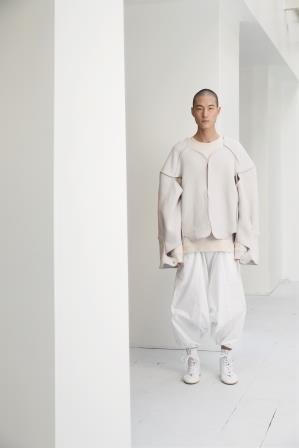 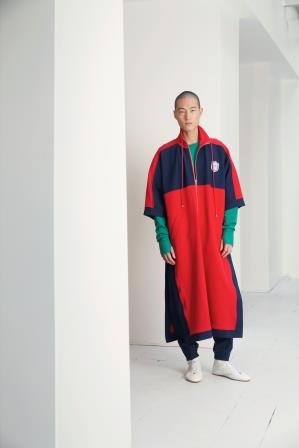 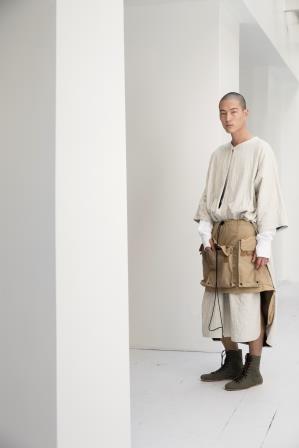 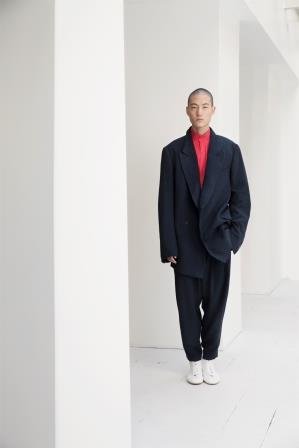 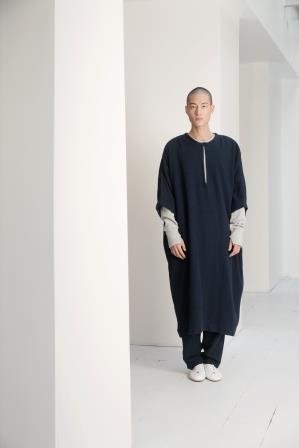 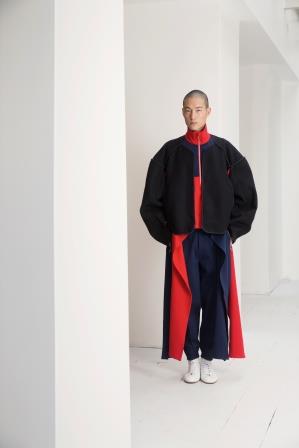 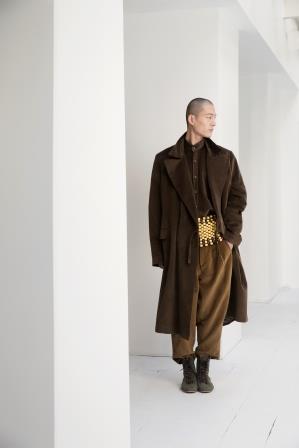