There is still a certain percentage of men who believe that you don´t have to pay much attention to colour. If you wear the last seasons shade (tone or hue) of rust or whichever, then it is only a specific kind of fashion connoisseur who will roll their eyes with distain. There are rule books for the obvious such as lighter clothes for summer and darker clothes for winter and let’s not forget the law to obey your skin tone and stick to shades which will compliment you as well as not clashing. If you do this, fashion will favour you (for as long as it´s fashionable).

Taking all this into account, making small, discreet adjustments are the fastest way to give life to the most mundane of outfits. By flipping the tone on a whole range of items from jogging bottoms and training tops to wide legged trousers, you can refresh your look and get noticed for all the right reasons.

¨  With any colour that sits outside the safe spectrum such as black, navy and white – it’s easiest to ground an outfit by keeping to one colourful piece in your look. ¨ – Charles Daniel McDonald

Traditionally men (fathers, grandfathers and such) have looked high above for inspiration with their desire to match the greyest skies in their look. However, you don´t have to all acid neon a La Hacienda to get noticed. Deep, richer colours, as well as being elegant can also be more impactful in the right setting (against dark backdrop, even emerald sparkles).

For Autumn / Winter, there was a lot of love for metallic and for this current season designers are telling us that ´ all that doesn´t glisten is gold´. From Oliver Spencer to Maison Margiela and Craig Green, all the top designers opted for this mined metal for their most covetable pieces which saw them cladding their models out in top to toe looks (as seen in Topman London)  and sultry statement outerwear (Wooyoungmi).

This rich copper junction was extracted from the same directions as the trend for wider lapels (past) and wider trousers (present). A recurring interest in trends from the 1970´s has been crossing catwalks for several fashion calendars now. Within the corduroy and the cuts come the coppers and the rusts (with chest hair optional).

Look to shows like Happy Days and go with either 1970´s shades or colours, but be careful – corduroy flares and copper tones are best left for dressing up. The catwalks of Milan have proven that this colour really is the “new neutral” and by this nature, it will work well with winter’s default tones of black, white, grey and navy.

This colour would perhaps work best in woollen outerwear which would give more visual depth and volume to the shade as well as being a very welcome variation of the camel coat, that’s if you wish to rock the boat. 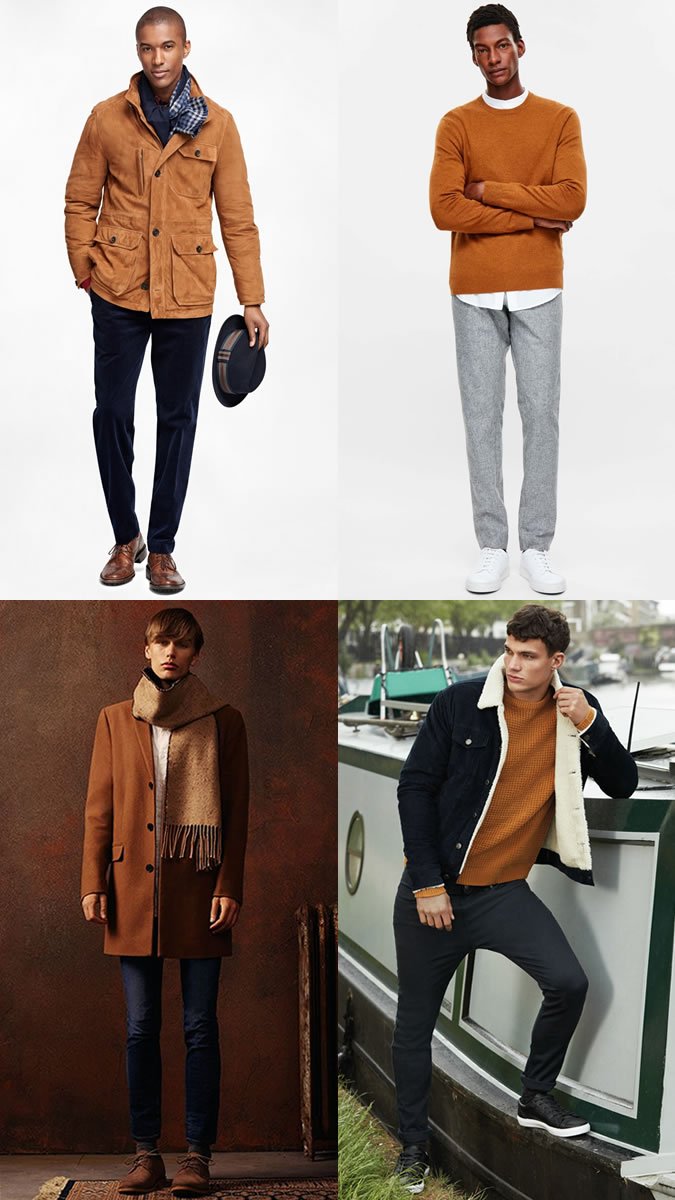 The seasonal ( winter) staple of green is the other ´ go-to´ neutral when men are exhausted of black and blue, and this seasons runway trends really  picks up on last years A/W trend of forest fashion shades which this year’s season reworks with the colder blue tinges of spruce instead of the latter’s warmth of a greenwood clearing. This colour variation is actually more masculine than before which is possibly why brands such as Burberry used it for sport inspired track tops ( sport-luxe again) and punchy punk bombers ( key item trend again). However, don´t get too Rocky as Gucci gave us some very camp silk spruce pyjamas.

This season, if your opting to go green, then look no further than spruce. Materials such as silks and leathers all accept this shade rather well as their shimmers accentuate the intensity of the blue. However, as stylists and designers will tell us – this colourway is more of a mix of green and blue so it can easily lend itself more to utilitarian attire to give a sexy spin on key pieces such as the shacket, cargo trousers and the bomber jacket to refresh those almost seasonally recurring trend. 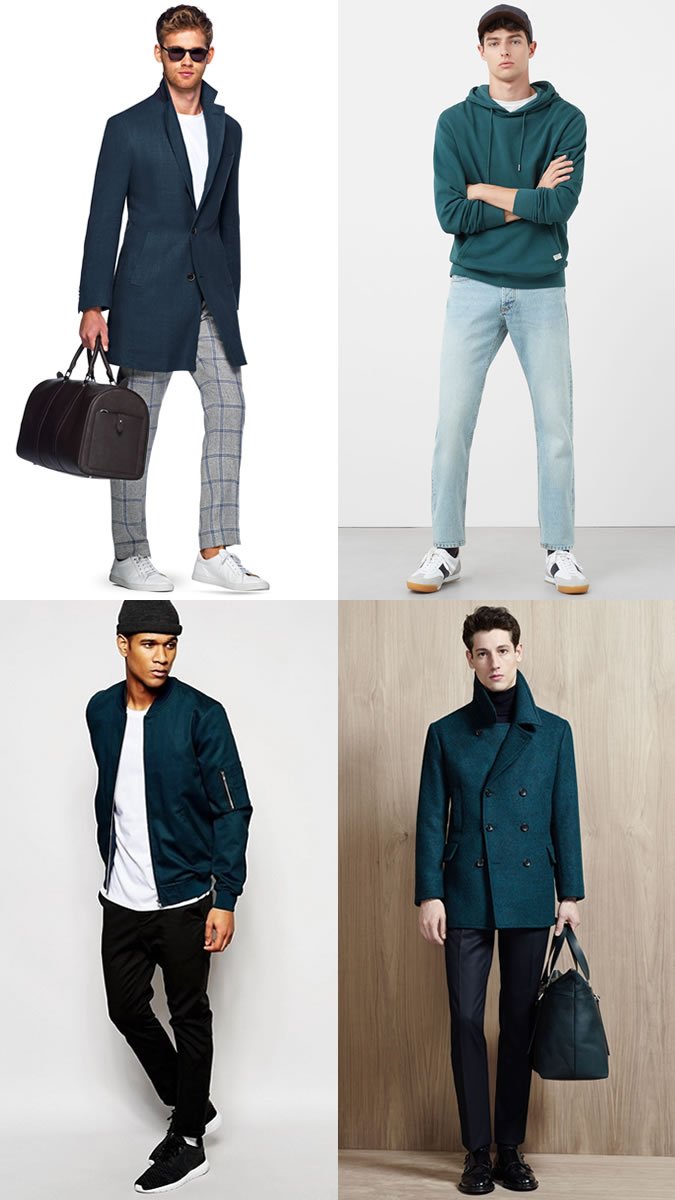 The perfect primer for winter weather is branching out all over us. Leaf hues made a more frequent flutter across all the European runways and as the vegetation suggests, they work just as well as a fashion colour as they do on trees.

Christophe Lemaire´s new U collection by Uniqlo showcases ruby´s versatility on all items from scarfs to bomber jackets. This tone also made a welcome return to the runway through elements such as military brocade for Dries Van Noten and signature shimmered trousers for Casey-Hayford.

Due to their visual characteristics, these jewel tones will pair beautifully with earthy hues. Because ruby is a shade at the braver spectrum of winter’s palette it always adds a subtle richness and depth. If you are still colour timid, then look to the safer option of using this colour through accessories such as pocket squares and belts which will help you to achieve the look regardless of your confidence levels. You can also easily use ruby to develop the notion of statement outerwear by introducing it to a chunky ruby knit then layering with a camel overcoat. 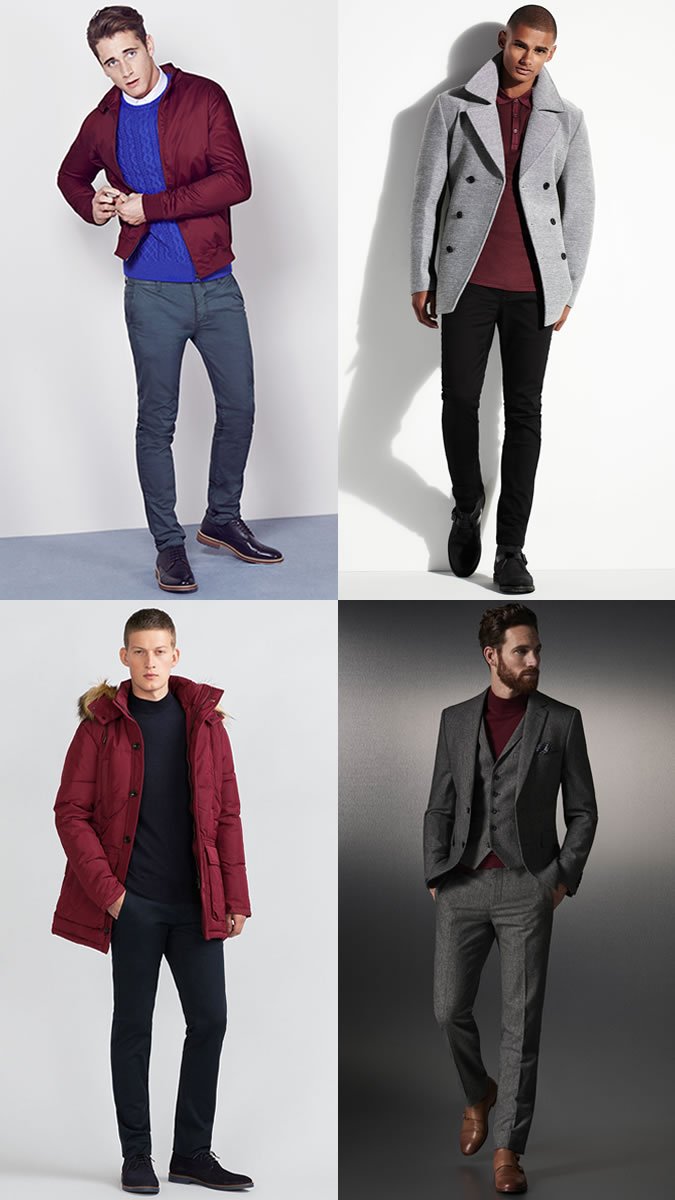 Fashion royalty were unsympathetic to Kanye West´s harrowing New York Fashion Week show, but their posts of displeasure did not impair his popularity. Despite being unable ´to hang out with the top ones in fashion´ as he eloquently puts it, Yezzy´s recent serving of olives, dusky-pinks and beiges have been picked up by everyone from Topman London to Lou Dalton this season due to the fact that their pastels and washed-out neutrals are a safe alternative for men not wishing to go that bit brighter.

Unless you can pull off full neutral look with confidence, avoid the one-piece rule as it takes a certain kind of swagger to rock this look which is equal part runway, part street style. But, as it’s neutral, it will play well on everything from hoodies to cargo´s if you’re not so colour confident this is a good option. 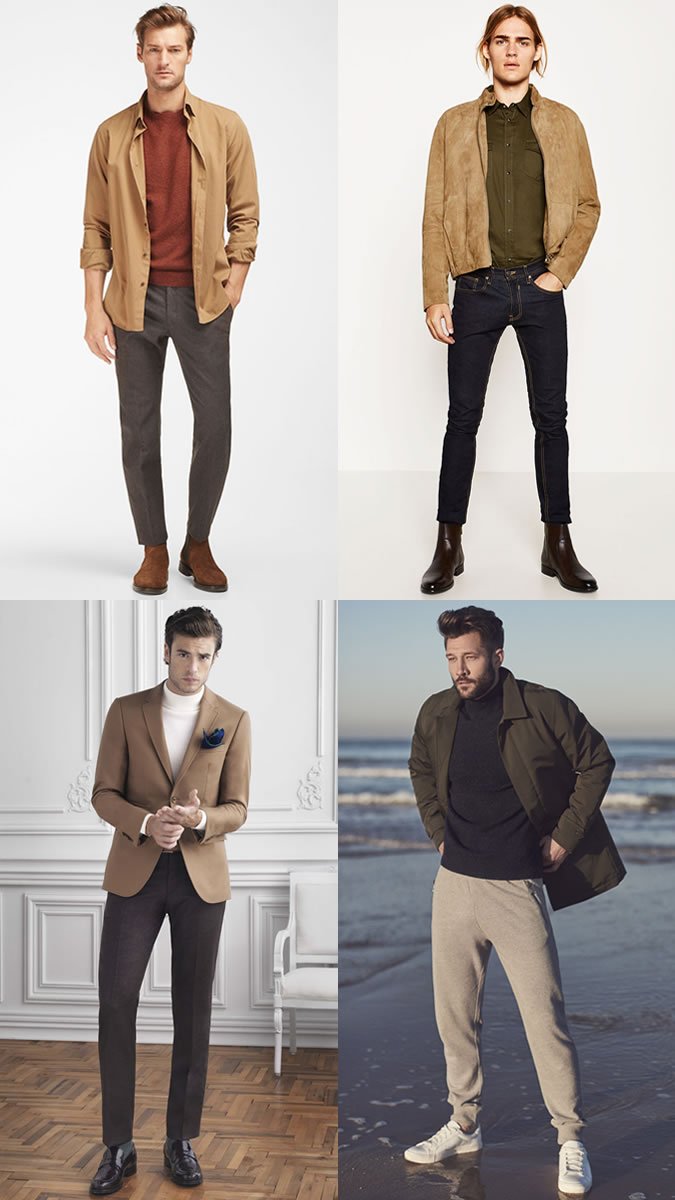 This season disco fever tend has another stipendiary – tobacco. This colour has gone from 1970´s interior magazines to the runways of Europe this season thanks to designers such as Tom Ford with his patterned jackets and Berluti, which echoed its rich burnished leathers with tobacco striped bomber jackets. Coach stepped up to the mark also with Stuart Vevers luxe-ing up leather jackets with tobacco shearling and utilising the shade for fantastic fleecy bombers to give a smoking hot look. 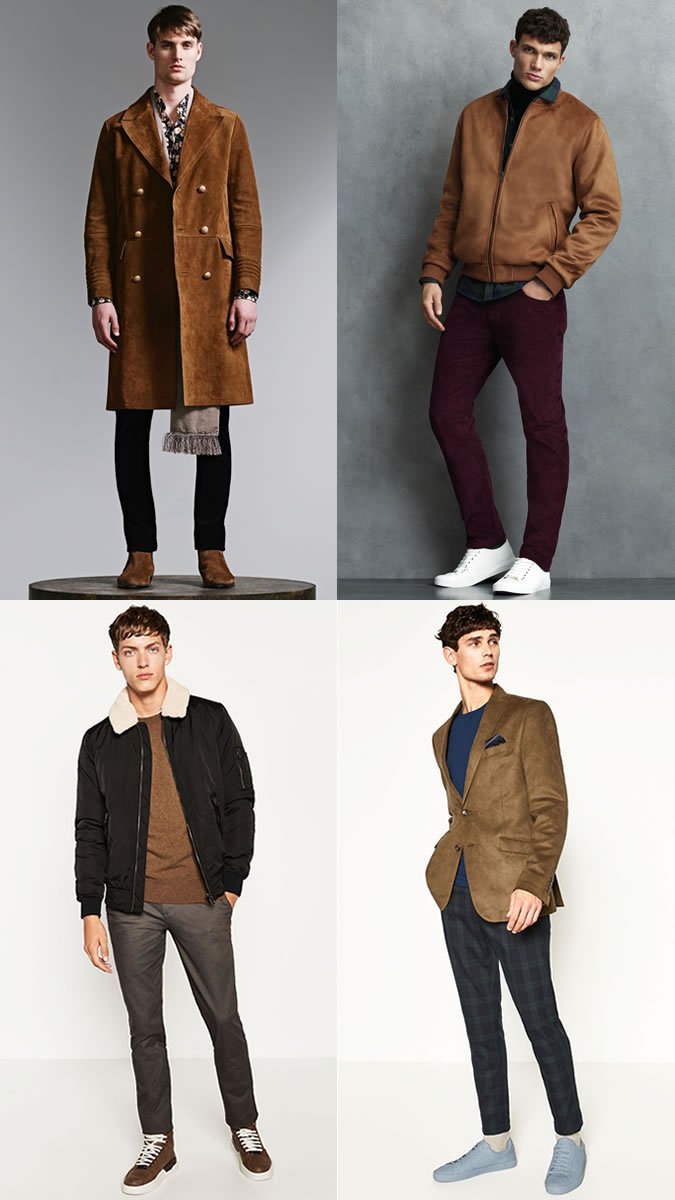 Just as its copper counterpart, tobacco is a colour that is best mixed with neutrals. By opting for less orange and more brown you can devise a powerful yet conservative look. Rich, ruby colours also work well here and by putting this and emerald against tobacco you can achieve a win-win look because it is a good way to break up these jewel tones, before they get too carnival . A tobacco t-shirt or crew neck will guarantee that your sapphire outerwear will take the crown and rein you as the king of style.