Many of us will remember and indeed continue to enjoy the wonderful, colourful and exciting world of comic books. But did you know their origins can be traced back to 12th century Japan and the noble art of manga? This technique involves the Japanese skill of ‘being able to use illuminated images with exciting textual descriptions.’

Manga became popular during the historic Edo period of 17th to mid-18th century Japan and evolved gradually into the familiar comic strips we know and love today, having crossed the Pacific during the immigration stampede of the 1900s. The style started crossing international platforms thanks to serialisation by popular newspapers and magazines in the U.S.A., Europe and beyond. 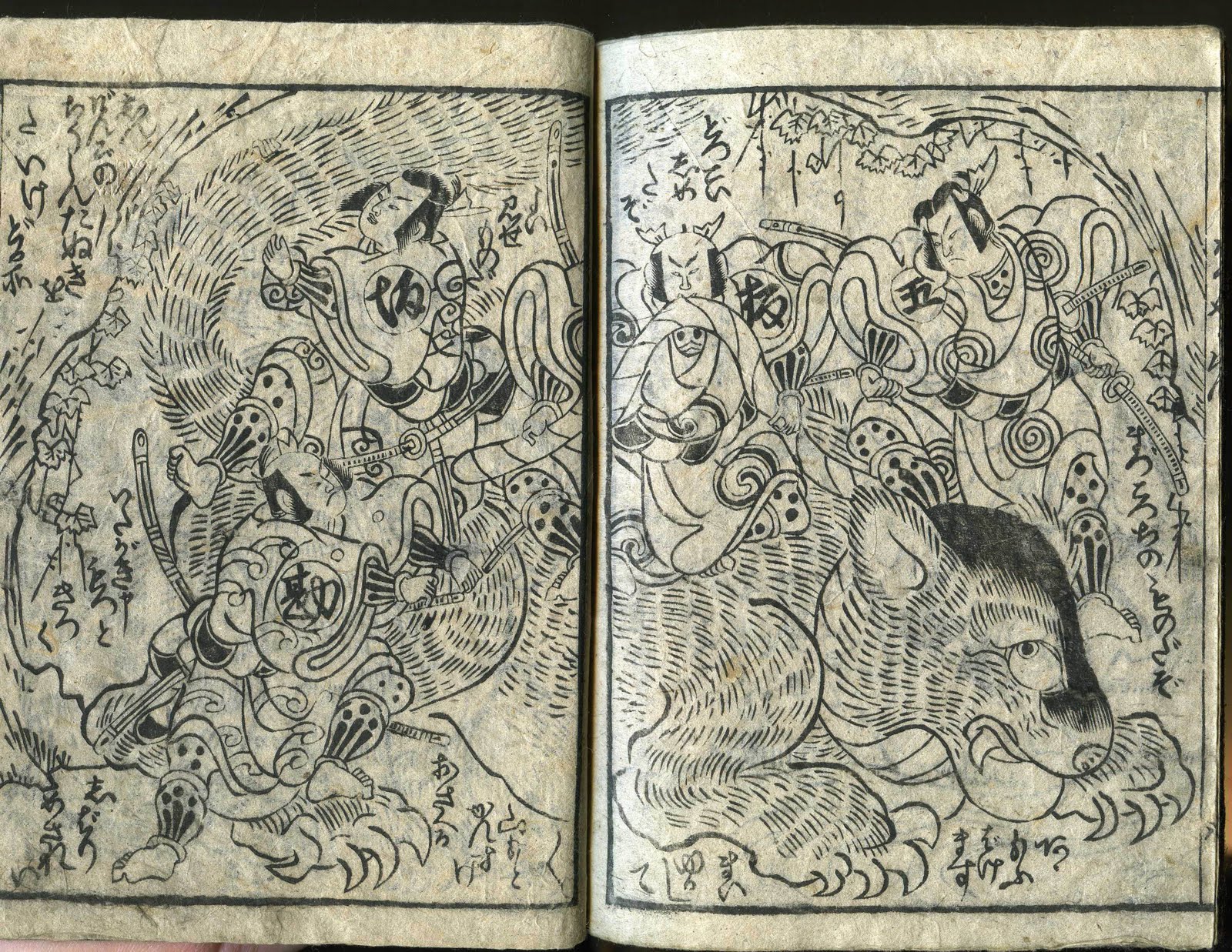 The Origin of Manga – Copyright Wikipedia

The mantra of manga is frequently, but not exclusively, to draw on themes taken from relationships, adventure and science fiction. The growth of this genre and its digital sibling, anime, has spread throughout the modern world. This is thanks to popular Japanese characters such as Sailor Moon and Hello Kitty, who have become proven multi-platform media stars with a golden touch.

‘I think I’ve always been fascinated by manga since my first trip to Japan in the 80’s. I want to see more of it, and more anime animating the manga. Since I have a fashion film festival, this is what I am really interested in. Outside of Japan, it’s still a new territory, but I want to see more.’ – Diane Pernet (ASVOFF Founder)

The originally Japanese mainstream art of cosplay or dressing up as comic and heroic characters has also crossed from purely teenage and fan-based worship and costume play into the heady world of fashion by frequently being imitated in leading magazines photo shoots and fast-fashion limited editions.

However, fashion is indeed a two-way street, and manga creators also look to the fashion world for inspiration. The beloved Sailor Moon characters created by Naoko Takeuchi dipped into heroine designer creations from Dior and Chanel, to name a few. 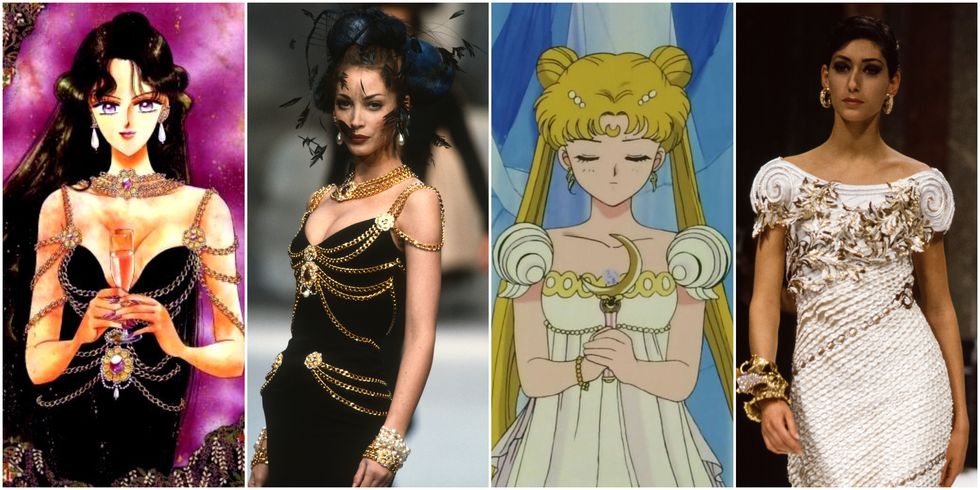 These manga characters and style inspirations intermittently mix almost naïve fashion statements such as mini-skirts, blouses and sailor-suited characterisations as a backdrop to transform innocent (frequently teenage) girls into doers of heroic deeds. This carries forth more positive and forceful images of women battling frequently male protagonists and is termed to be a good vehicle for female empowerment. ‘

‘This fusion of manga and anime culture against the popular fashion amalgamates vivid visuals with unparalleled artistry which is fundamentally reminiscent of the playful nature of anime and the importance of the zeitgeist in fashion design. Scores of designers have recognised this fine line between the two art forms and have correspondingly designed catalogues of memorable runway moments.’ – Charles Daniel McDonald (ASVOFF Curator)

This is only a precis of several centuries of manga evolution, but let us remember that fashion has comfortably embraced popular series as a virtual offshoot branding. Prominent anime and comic characters are much sought after and their creators are becoming increasingly wooed by major labels. Take, for example, the ever-popular Doraemon manga cat, which was adopted for a Lunar New Year 2021 capsule collection by Gucci. This saw the images embellished across a range of limited edition clothes and accessories to the delight of the fashion buying cognoscenti. The colourful world of comic-book heroines and heroes was perfect for designers who wanted to stretch their design muscles, regardless of their location. 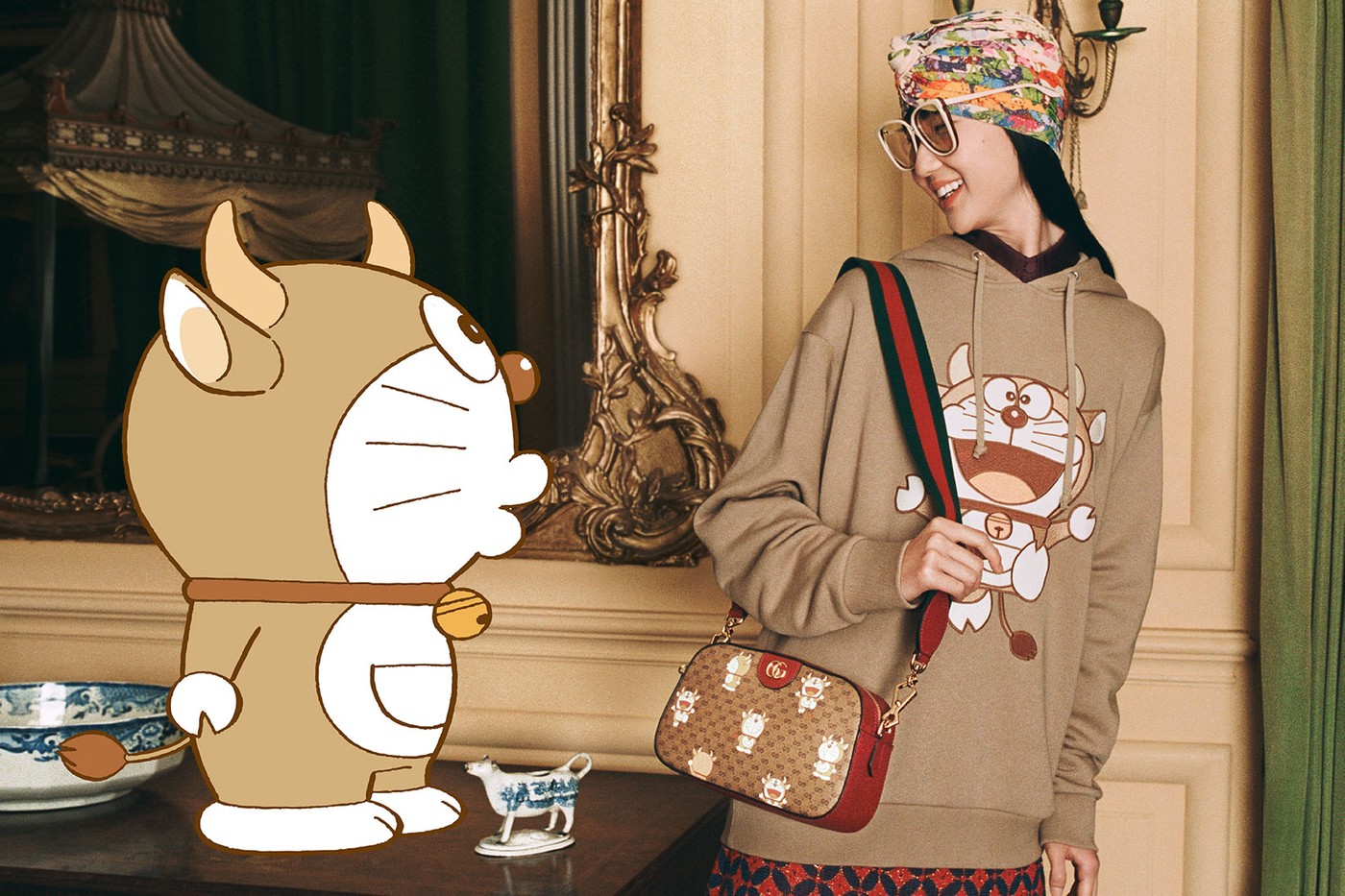 It would seem that inspiration comes in many forms and not just from the more established manga icons. During Louis Vuitton’s 2021 spring launch, a brief was given to famed U.S. anime creator, Reggieknow, to illustrate the collection then catalogue it within a limited edition publication. Like a panel from a comic novel, imaginations came to fruition and Vuitton’s whimsical world was filled with dressed up and inflated statues of comic characters from Reggieknow’s fertile imagination. Runway clothing was adorned with his creations and needless to say, the show was a success and is still talked about in reverential tones by the cool hunters of Akihabara.

You only have to walk down any street in the Western world to see an array of unisex outerwear branded not just with the signature design logos we know and love, but also complemented by established and contemporary Japanese manga and anime comic heroines and heroes, both human and animal, staring back at us in a fusion of many styles. Editorials tell us that these can range from simply flashing a pleated skirt, through to being all sailor-suited up. Either way, manga and anime continue to throw a kaleidoscopic kiss against mainstream fashion. And long may it continue.