In a season that saw every celebrity leave New York for the Academy Awards in Los Angeles, followed by a mass exodus of key designers from the schedule, the last thing you want to do is add grief to the state of America’s foremost fashion week. The shows in this city are surrounded by fading memories of glitz and glamour: the way we were… and could be again? We were hopeful last season when Tom Ford was made chairman of the CFDA and successfully restructured and revitalised the show schedule. But after the Oscars – gold for a designer like Ford – were moved forward to coincide with the shows, he relocated his own to Los Angeles. It caused a domino effect in New York: Jeremy Scott postponed his show to the haute couture week in Paris in July. Ralph Lauren never announced one. Tommy Hilfiger had already decided to show in London. Telfar, one of the city’s most coveted young designers, had already presented in Florence the previous month, while Pyer Moss didn’t show, either.

The situation left the city with a choppy schedule that made it hard to put a finger on what the New York season was all about. Mainly, it felt like there was a real sense of nostalgia in the air; a longing for better days when the show scene here reflected the glamour of New York society and the best sides of American celebrity culture. Marc Jacobs looked to the style legends of the Upper East Side in the 1960´s in a dramatic show choreographed by Karole Armitage, which reminded us how great New York Fashion Week could be in an ideal world. At Coach, Stuart Vevers paid homage to the art scene of the Lower East Side in the early 1980´s, in collaboration with the Estate of Jean-Michel Basquiat, and with a performance by Debbie Harry. Both shows painted great memories of the city’s influence on fashion, but also served as a reminder of a fashion week that has seen better days.

At Oscar de la Renta, Laura Kim and Fernando Garcia were likewise seduced by memories of an old New York. Their moodboard was filled with pictures from Truman Capote’s Black and White Ball, which de la Renta attended, but it was the addition of the designer duo’s own millennial points of departure that made the show. “After we finished the collection, we realised we were taking ourselves too [seriously] with this theme. We’re quite light-hearted losers,” Garcia quipped, noting how he and Kim – both big cartoon fans – had added the influence of Fantasia to their collection because they felt like the Sorcerer’s Apprentices.

¨We reminded ourselves that we are Mickey: we only know about all this from books and stories and what Oscar told us. This is who we are,” Garcia said. It made for an exuberant, fresh and clarified collection, which demonstrated that memories of New York’s glamour years can easily, and must, be fused with a contemporary approach.¨ Charles Daniel McDonald

Vevers echoed that fact: “I’ve spoken to people who were living and working in that time,” he said, referring to his reference. “They really fed off each other as a group, and it created this burst of creativity. It was post-Studio 54. After the glamour, it was about authenticity and rawness, which translates to today: what the next generation is looking for.” Vevers was using New York’s “multi-hyphen” arts scene in the late ’70´s and early ’80´s to draw a parallel with his present-day audience. “It was a time when people were musician-artist-poets,” he said, exercising that hyphen, “and today I look at someone like Megan thee Stallion, who’s a performer but also studies social housing. To me that contrast is fascinating.” With the influence American culture has on youth around the world, this is exactly what New York Fashion Week should be reflecting.

Of course, the young designers were still present, from Khaite and Eckhaus Latta to Dion Lee and LaQuan Smith. Big brands including Michael Kors, The Row, Tory Burch, Longchamp and Proenza Schouler drew big-time attendance, and Rodarte staged a beautiful and highly theatrical show in Saint Bartholomew’s Church, which illustrated how fabulous New York Fashion Week could feel if more designers followed suit. But for this fashion week to truly reform an identity – whether it’s founded in something old or carves out a new character – American super brands, mid-tier brands and emerging designers need to come together and find a solution. Many talked about moving the shows to Los Angeles, which would make sense for the February presentations if the Academy Awards holds on to its current dates. For the September shows, perhaps less so. Either way, there’s a willingness in the industry for New York Fashion Week to be great; a support system that just needs a lot more encouragement. 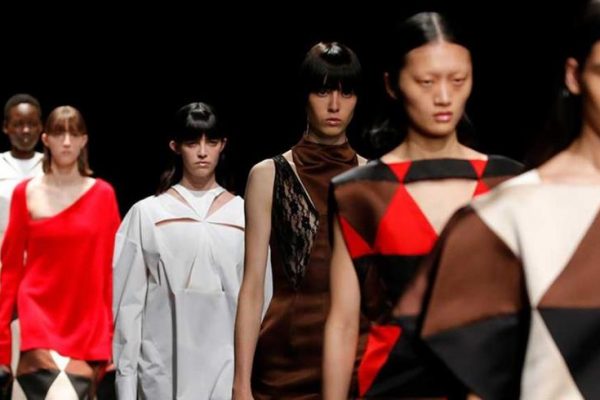 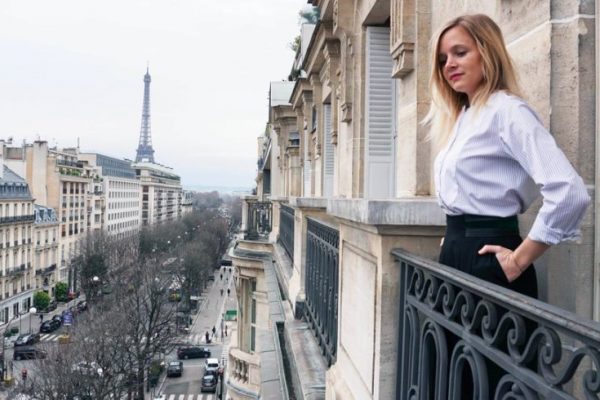 DRESSING UP WITH DIANE