Euphoria became the key word at New York Fashion Week. Not just because Zendaya’s haunting HBO show had transfixed every designer and their TV screens over the summer, but because the perhaps unlikely optimism borne out of this confrontational political moment in time is starting to feel positively euphoric. Everywhere you looked, a sense of hope, cheerfulness and belief in change materialised in mad runway displays of twirling, dancing and singing. Tomo Koizumi – the Japanese costume designer, who presented his sophomore collection – opened the ball with an installation by performance artist Ariel Nicholson, who theatricalised the designer’s parrot-like organza mastodons. The next evening, Ralph Lauren imagined an art deco jazz club with an eveningwear collection that culminated in a very interactive performance by Janelle Monáe, who danced on tables and swirled a glass of wine around the room as she sang evergreens like Judy Garland’s “Smile“. 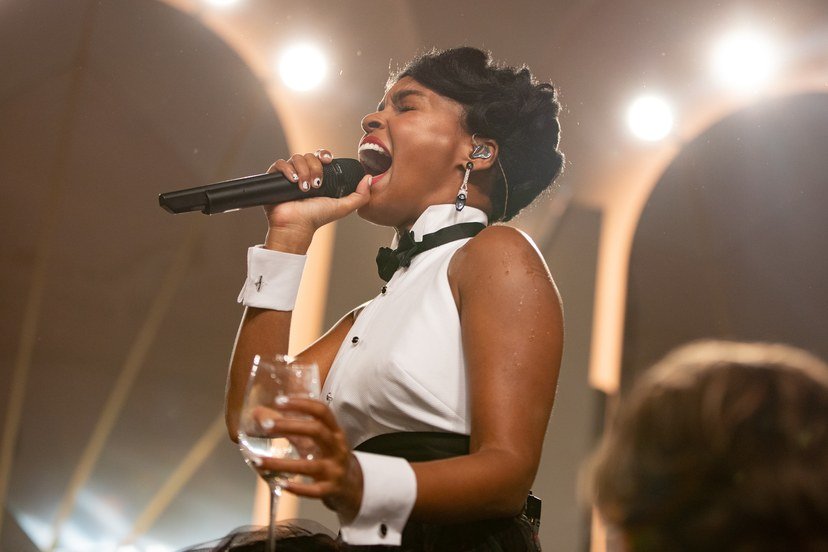 “Smile though your heart is aching,” the lyrics to that song go, and it could have been the tagline for a New York season that ploughed its optimism through treacherous political terrain. “The last two seasons brought joy to the proceedings but they were a psychedelic trip and it wasn’t real. It was grounded in escapism,” Stuart Vevers reflected at Coach. “Now I want to be optimistic. But this isn’t blind optimism. Things are going to get better. We are going to change things,” he said, echoing the battle cry of those woke generations of doers, who are revolutionising what they cannot accept. Vevers removed every sign of his usual prairie dystopia and debuted a new look for Coach rooted in funky urban nostalgia from a New Wave era that had its own battles to fight. On the last day of shows, Michael Kors proposed a 1940´s collection inspired by a wartime America where people powered through hardship. “I was very patriotic, thinking about how, in a world where there’s terrible upheaval, we have to fight back with optimism through possibility,” he said. 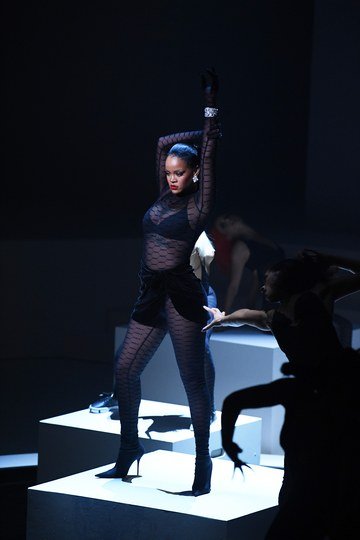 Kors’s show was scored by a live choir singing folk classics like “American Pie“, “This Land Is Your Land” and “Love Train“, ticking the jovial box that defined a New York Fashion Week which also saw Rihanna showcase her Savage X Fenty underwear line, once again fusing showbiz and fashion with a wealth of performances. It made for a festive first season for new CFDA chairman Tom Ford, whose job it now is to revitalise the New York Fashion Week schedule and make American fashion great again. He first step was to cut nearly three days off the existing schedule in a quality-over-quantity move that made the week feel less like a chore. Because New York isn’t filled with overwhelming revolutionising creativity, it needs to nail those grand theatrical gestures instead. It succeeded in doing so, although you’d sometimes wish – for the sake of mental digestion and recuperation that everything didn’t have to happen so late in the evening. These are trade shows, after all. 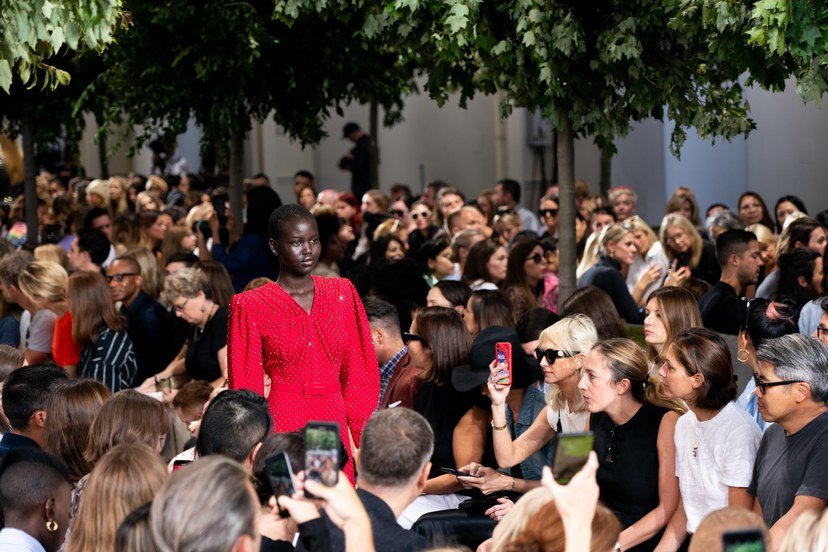 For the audiences, who follow fashion through websites and social media, such practical matters are obviously beside the point. They would have rejoiced in pictures from Ford’s ambient own show set deep down in the old Bowery subway, with Zendaya’s “All for Us” theme song from Euphoria on the sound system. No New York Fashion Week event this week was bigger than her second collaboration with Tommy Hilfiger, which took place in Harlem’s Apollo Theater and read like a visual expression of the appetite for change epitomised by Zendaya’s generation. Singers and dancers took us back to a 1970´s Harlem street scene, while a hyper-diverse cast of models strutted their stuff in Hilfiger and Zendaya’s louche, smoky, sexy 1970´s wardrobe. “It’s about opportunities. It’s about opening doors. It’s also about paying tributes and saying thank you to those who opened doors for me. That’s what we’re trying to do and say,” Zendaya said. 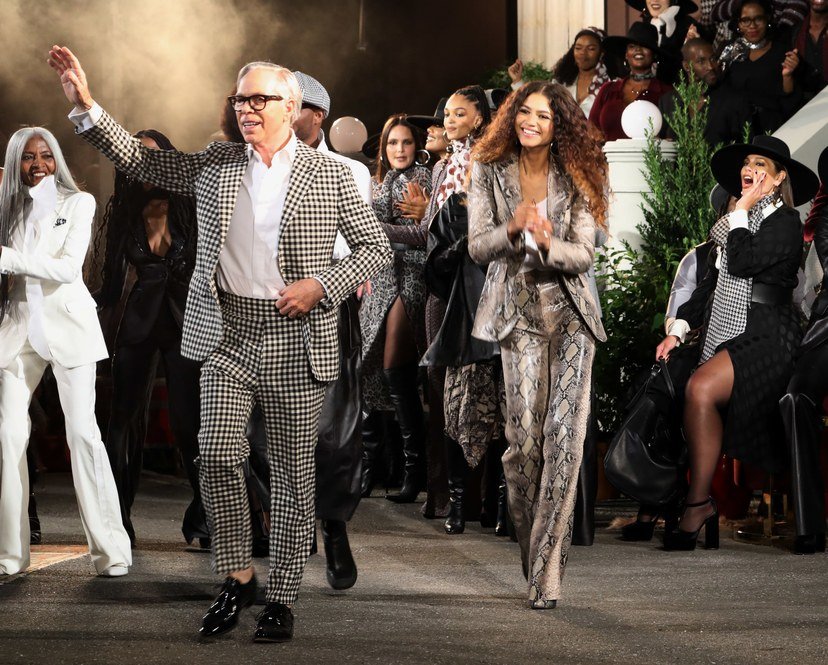 On the closing night of New York Fashion Week, Marc Jacobs name-checked Euphoria in his show notes, referring to the series as “a poignant depiction of a not-so-distant future”. His racially, sexually and anatomically diverse cast burst through the doors of the Park Avenue Armory like a human confetti canon, rolling towards audiences seated at the very back of the giant hall. Then, they paraded in front of us one by one like there was no tomorrow, working more of the larger-than-life couture creations Jacobs has been exploring in recent seasons. “This show is a celebration of life, joy, equality, individuality, optimism, happiness, indulgence, dreams and a future unwritten,” Jacobs reflected, and watching his young, diverse cast of the Euphoria generation loving every second of it, you were inclined to agree. 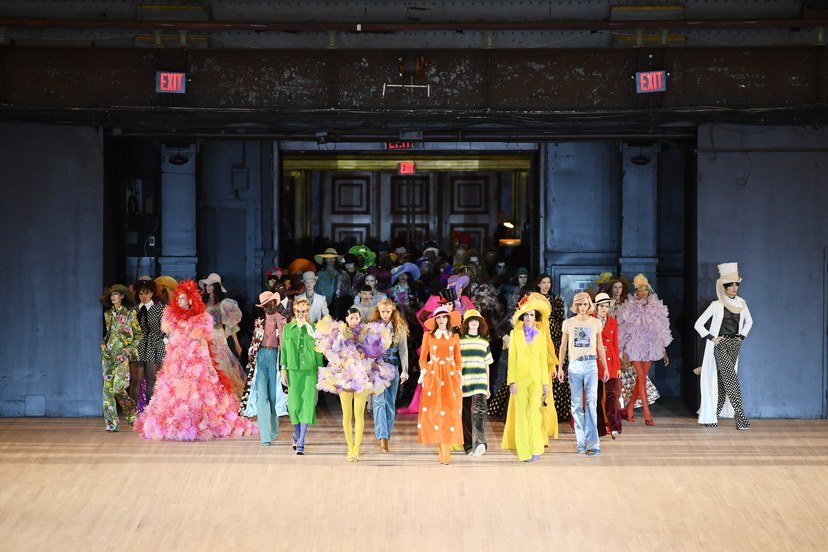 For all its terrorising toughness, Euphoria so innately portrays the open-minded values that Jacobs, his industry and its emerging consumers are working – not dreaming, not praying, not hoping – so hard to make a reality. As for Zendaya’s increasing status as a poster girl for her generation, she was pretty chilled about it. “I’m lucky enough to even be cared about, you know what I’m saying, in this generation? That people look to me for guidance and inspiration means the world to me,” she said. “I try not to think of it as a pressure because that can just make things worse, or make it scary for me. I try to do the very best that I can. I’m human and I’m not perfect. My job as a storyteller, especially with Euphoria, is to tell people’s stories and help them feel seen, and help them feel a little bit less alone. That means the world.”