Olivier Theyskens S/S´21 collection was presented as a tribute to the style of the iconic French singer, Mylène Farmer. Titled ‘L’Horloge’, his latest Paris Fashion Week offering paid homage to the ´Ange Rouge´, who had a profound influence on Theyskens youth. His inspiration was referenced around the height of her 1987-1992 fame and taken from hits such as Sans Contrefaçon and L’Autre. Whilst revisiting his childhood during the lock-down, Theyskens was influenced by reminiscence within his Rue Réaumur atelier loft, explaining that ¨during confinement, I watched clips of Mylene from that era and I realised that a lot of things common to my aesthetic came from her. It was interesting for me as an adult to dive back into that nostalgia. ¨ 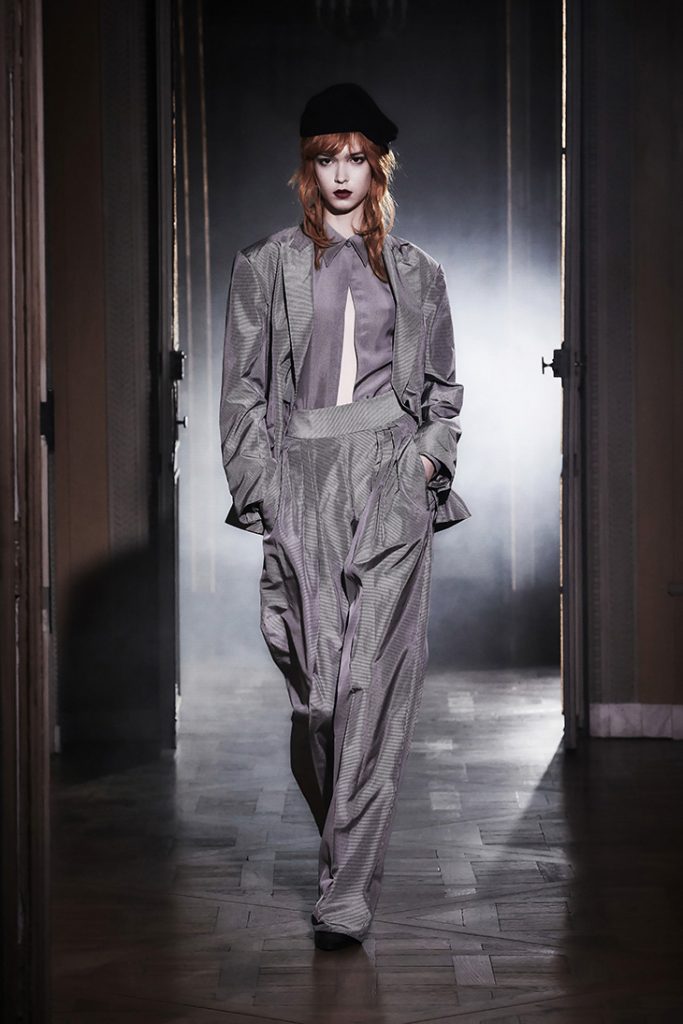 The silhouettes of his latest 21-piece spring / summer offering owed as much to the designer’s propensities as they did to the chanteuse´s personas. We saw presented, a recognition of Farmer’s 80´s androgynous waif phase which was embodied in the exquisitely tailored masculine cut grey suit, complete with high-waisted and fluid-legged trousers. This look was juxtaposed next to looks such as high-collared voluminous blouses with influences from the 17th century; such as Theyskens muted marigold silk ensemble which danced on the boundaries of feminine-flou and traditional tailoring to become a 40´s influenced day wear dress.

“Actually, people used to tease me for being a little naff for liking Mylène Farmer, but she encompasses a lot of what the Theyskens woman represents. Guts, character, style and independence.” – Olivier Theyskens

Other characteristics of the collection saw Farmer´s more sensual chapters represented by lascivious slinky jersey slip-dresses, embellished with an ´X´ and a coquettish taffeta mini dress that hinted the outline of an exposed garter belt at the hem. Within his retrospective, the Belgian wunderkind´s selection of materials was also comprehensive – ranging from rich chenille velvet and luscious leather to organised organza and flowing fluid silks in flawless constructions. 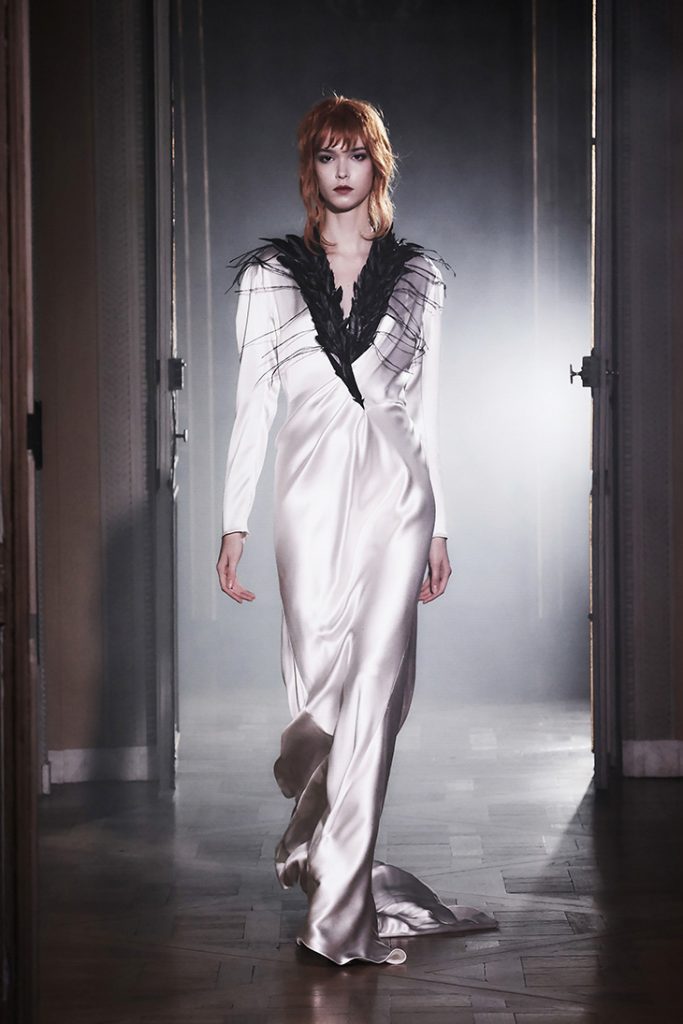 The Influence Of Mylene Farmer

The palette of ‘L’Horloge’ was mostly mono-chromatic or neutral with the occasional shot of deep red and powder tones. This offering, direct from Theyskens Marais showroom served as an affirmation that even in the time of live-streaming industry events – fashion, like music, can only truly be experienced when it is lived live and performed at full volume.