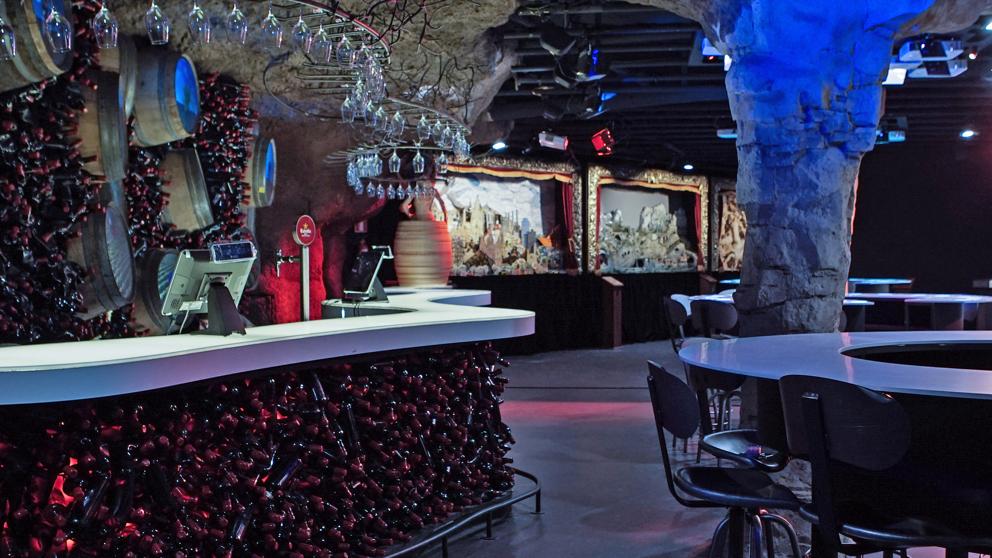 If you want to experience traditional Catalan dining with that ´little something extra´, then Opera Samfaina will not disappoint. The Barcelona based interactive theatre dining experience promises to afford its client’s ´ an encounter of visual poetry set amongst caves of surprises.´

The restaurant began life last August on the city’s historic ´Las Ramblas´ route, an expanse which meanders from Plaza Catalunya all the way down to the Port Vell maritime area. Nestled within the spectacular Gran Teatre Del Liceu, this dining experience is split between two levels of visual and gastronomic decadence. 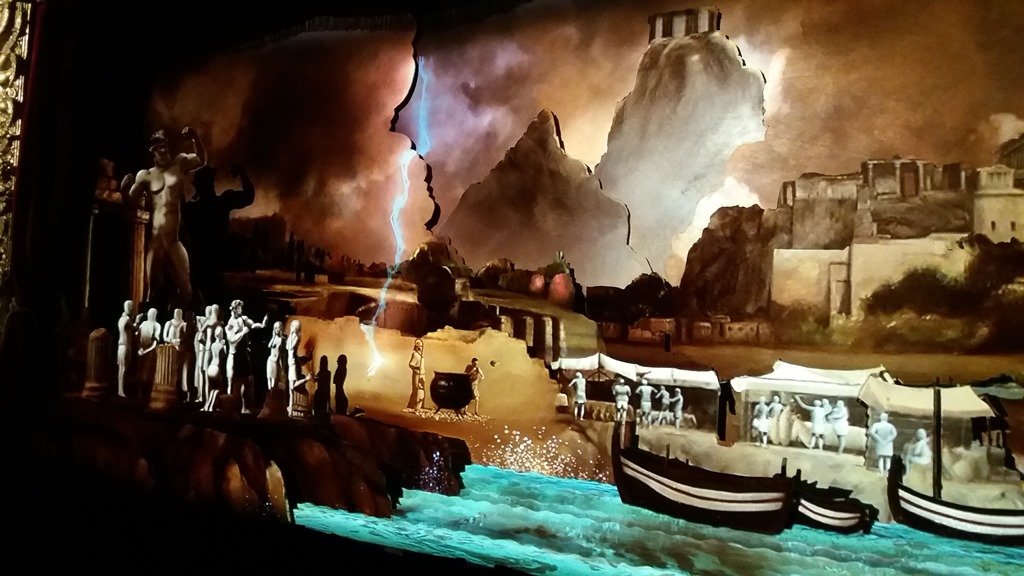 In order to dine, guests are instructed to proceed through a feature corridor in which a series of Dioramas act as the narrators to Samfaina´s mythical origins of Catalan cuisine. These multimedia marvels take the form of a series of projections and theatre sets which feature none other than St George (Sant Jordí, patron saint of Catalonia) and his dragon, the almighty Hercules and the merry eyed Zeus who gaze adoringly over a metal / glass clad Catalunya, vehemently.

¨ Imagined by the celebrated neo-modernist artist Franc Aleu, the restaurant pays homage to facts and fictions – a notion which light-heartedly sees the legends of Catalunya meet the celebration of Catalan cuisine.¨ – Charles Daniel McDonald

Aleu, who is currently working on a range of other noteworthy commissions (such as a Sistine Chapel replication projection) is just one of several celebrated Catalans who were involved in the realisation of this prestigious project. His close friend and colleague, the award winning chef Jordi Roca acted as the main protagonist and muse alongside his brothers Josep and Joan – the brains behind the private dining experience ´Odisea´; a circular projection dining room which takes its diners on Aleu´s interactive dining journey allowing a series of premium regional produce (such as L’Escala El Xillu anchovies) and wines (Gramona Cava) to be enjoyed at specific points in the show. The menu is as equally impressive as the projections, thanks to its meticulous construction by the Roca brothers, in order to showcase the thriving gourmet Catalan sector to an anticipative international market. 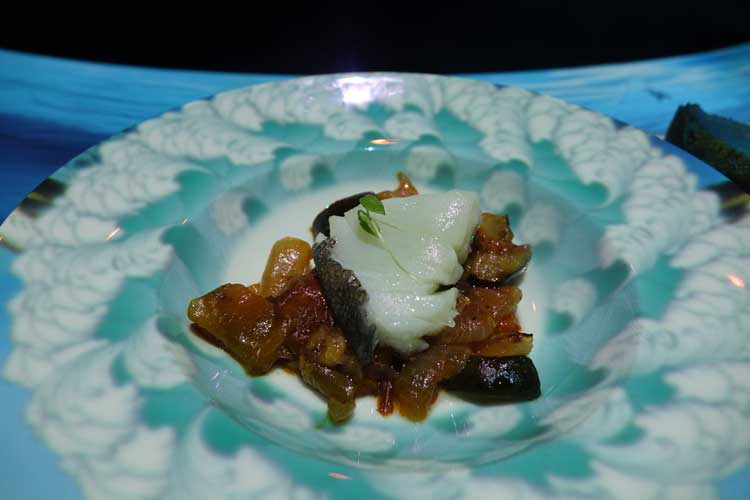 Next to the main dining area (La Diva), sits a series of five dream-like islands which are collectively known as ´El Mercado´. It is here that diners can snack on edible works of art such as wild boar’s head sausage and rosemary matured sheep’s cheese (with each dish having its own analogous artwork.) If this doesn´t have you in awe, then the Sant Carles de la Ràpita prawns and aromatic Catalan staple, pa amb tomaquet, will convince you that this eclectic eatery is a theatrical showcase for all the plates of delight that this culture has to offer.

¨ There is so much to see and taste here. We started with a Vermut in the upstairs bar before marvelling at the theatrical corridor and sitting down to be seductively taken around the autonomous community’s veritable bounties.¨ – Charles Daniel McDonald

The tasting menu experience at the ´La Diva´space is an impressively well thought out concentration of Catalan cuisine. Four courses set up this story, which each of its chapters themed according to the etymology of its ingredients; expect to see gems such as L’Escala anchovy and cod with Samfaina (which comes with a complimentary projective medley of ´life under the sea´) and age scented white bishop sausage with aioli and sheep’s cheese (accompanied digitally by flying pigs, no less). 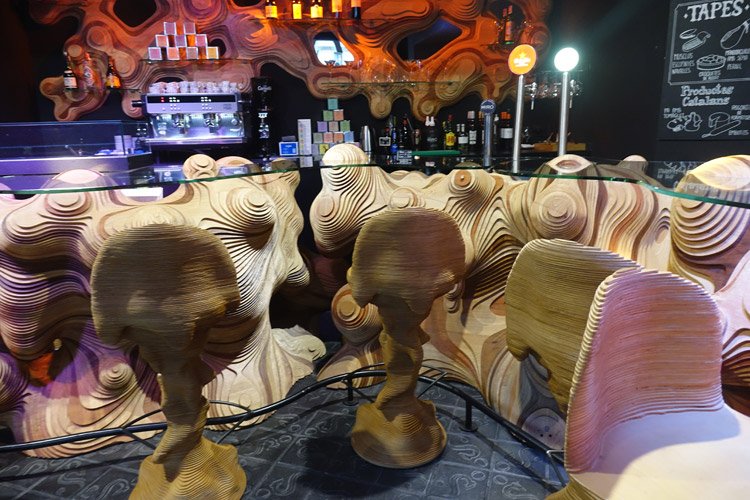 The rest of the menu is an equally majestic marriage of vegetables, seafood’s and cheeses which are presented at communal island shaped tables. And, just in case you may be getting a little bored; with which each new course that´s presented, a new projection covers the table tops in hallucinogenic scenes.

Our guest relations host Annette advised us that there are still several little finishing touches yet to be installed within the restaurant, featuring yet more projections and a range of traditional Catalan outfits for all the staff. However, this for us was nothing more than an additional afterthought, because once you encounter a steam train, dancing jellyfish and singing cows, you don´t really like to ask for anything more, do you?