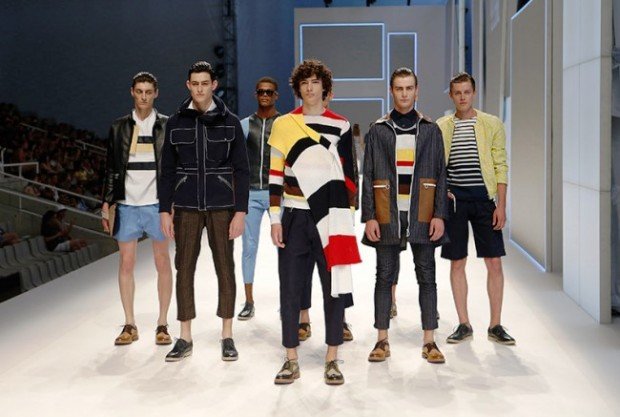 Born in the Balearic island´s historical capital Palma, Pablo has enjoyed an escalation in the fashion media over the last several years which has granted him the accolade as being one of the most successful Spanish fashion talents of his generation to date. Having attended fashion industry hotspots such as the Instituto Europeo Di Design (IED) and Central Saint Martins (UCL:London) he was able to develop his trademark look in the design field before succinctly completing a Masters in fashion communication and marketing which enabled him to develop a broader and more eclectic viewpoint of the industry as well as posessing a fundamental skill in today´s world of fast fashion and digital coverture.

Founded in 2010 by the designer whose name it bears, the cornerstone of his brand philosophy is to ´use quality materials with a great attention to detail and a sense of refined tastes, mixing classic and modern concepts to menswear, womenswear and accessories that are made entirely in Spain.´

Since its inception,the brand has been showcased on scores of fashion events like 080 Barcelona Fashion Week, Vienna Fashion Week and Mercedes – Benz Fashion Week Madrid. His initial collection entitled ´UNPLUGGED A/W 10-11´ received prestigious acclaim for industry stalwarts such as Georgina Chapman (Marchesa) and none other than Wintour´s man-in-London, critique Colin McDowell. To date, he has coveted awards and recognition from National Association of Spanish designers (ANDE), Onda Cero 2014 design award and the Barcelona Designers Collective prize, whilst gracing publications like Vogue, Fucking Young and Jute  to name a few.

His current runway show ´SYMBIOSOS S/S 16´ sought to embody the aesthetics of culture and pop-art by utilising severe lines and a playful juxtaposition of colours and stripes, but his future sights are set on New York Fashion Week as he thinks that is where his label would fit best.

Having showcased in other European locations such as Austria (where he went as a guest of the Embassy of Spain) to present his collection ´TRANSICION S/S ’13´ to a wider audience, he has been enjoying many offers to present his collection in different cities across the world including America, Canada and Poland. Presently, he continues with the work for his own brand, as well as designing for contemporary fashion companies.

I started studying fashion design in different schools between Mallorca, Barcelona and London. During this time, I decided to create a brand to show the world how my work was and also with the purpose of making some money out of my profession as well – Pablo Erroz

For me, Erroz has a timeless, quality product with a sober, yet modern style. His clothes are cleanly cut in structure with a grateful attention to detail. His use of fabric has a strong importance in the composition as well as the traditional processes that he utilises.

Looking towards the future, Alexander Wang, Raf Simons and Jeremy Scott have all had a similar success benchmark to Pablo, which then led them to go onto the great and the glory of Balenciaga, Dior and Moschino respectively. I concluded with the paradigm of asking that if any brand could hire him as creative director, then who would it be? ´ I really love brands like Hermes, Celine, Proenza Schouler and Valentino for men´ he said confidently. Not such an impossible feat to set himself given his steadfast climb against the avalanche of apparel.