There were many things to talk about and to think about this season. It was incredibly creative and incredibly powerful. There were so many questions being raised; some answered, some not. But, there was certainly a lot of food for thought, starting off with Alessandro Michele bringing Gucci to Paris.

¨We saw also not only extraordinary clothes, but also Jane Birkin who just popped up and sang a fantastic song. This is one great example of the more creative designers trying to re-invent what a fashion show could be. Another is Maria Grazia Chiuri who brought in these amazing modern dancers (very reminiscent of Martha Graham) that interacted with the Dior models as they ran through the arena. The fact that we are seeing so many designers that try and push the envelope, well in the end this is what you want to take away – of course beautiful clothes, but also beautiful ideas.¨ – Charles Daniel McDonald

Over to the Chanel show – that was such a joyous show and just watching all those beautiful girls walk down the beach with their shoes in their hand wearing those fantastic prints and easy clothes, but still very recognisable Chanel, it just felt so happy. At Louis Vuitton, the mood felt very light, very joyful and very colourful. There were prints mixed with utilitarian pieces and again, the collection was very nuclear in Nicolas Ghesquiere spirit for the brand.

Next up was sexuality and gender fluidity and not being concerned about male or female was always something that´s been of great interest to John Galliano, but never more so I think than this really triumphant Maison Margiela show which really explored the idea of sexual identity in a very free way.

¨It was extraordinary to see and listen to some of the department store buyers this week. It seemed like the designers were talking to them very strongly about the idea that maybe menswear and womenswear don´t have to be separated anymore and what we’re seeing on the runways should be reflected in the stores themselves. Everything is for everybody and we need to embrace not only all cultures and all races but all sexual identities.¨ – Charles Daniel McDonald

Moving onto Sarah Burton at Alexander McQueen, I loved the embroidery and the other handwork. With Sarah, it´s all about the craft and the hidden details. Of course, hanging over all of this was the Brett Kavanagh hearings in the United States – so to be sitting watching Saint Laurent´s fashion show I think brought a great emphasis on what do women want, how do they want to dress and how do they want to express themselves as a response to the times that we are living in.

I do applaud Claire Waight Keller coming into her own at Givenchy as it has obviously been an incredibly important year for her; with the Duchess of Sussex wedding and everybody’s eyes on her. But, I feel that hers was a collection that had a lot more confidence and a lot more authority – I don´t think that fashion can only ever be about one thing.

¨There was a lot of discussion and surprise that Hedi Slimane went in such a different direction at Celine, but that is who he is. I mean, that was a collection which was genuine to his belief and his sensibility and there were incredible coats and incredible jackets with beautiful tailoring and great accessories which acted as homage to his talents.¨ – Charles Daniel McDonald

This spirit and notion was the same for Olivier Rousteing at Balmain; he believes in it and he goes for it. What is so fantastic about fashion is this eclectic mix and these strong voices, you pick what appeals to you. On this notion, I saw a Dries Van Noten that I’ve never seen before and I think his sense of freedom and liberation was really shown in his most recent collection because there was a great use of bright colour with a very easy shape.

With Pierpaolo Piccioli, it was a much easier collection – it was less contrived, the shapes were magnificent and the colour was incredible. He got a standing ovation at the end of the show which proves that he has really moved Valentino without losing sight of what Valentino is and who he dresses.

Then, you have designers like Hedi Slimane or Riccardo Tisci (now at Burberry) who just came in and they just want to put their own stamp on it. And yes, they understand the past, but that’s not what they´re going to do. We saw both and everything was wonderful. For this season anyway. 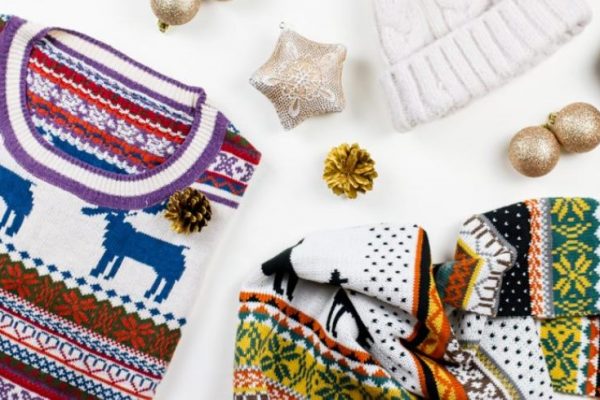