She has been hailed by Vogue´s Anna Wintour, the queen of American fashion herself as “the most influential makeup artist in the world” and another Queen; Elizabeth II made her a Member of the Order of the British Empire for services to the fashion and beauty industry. Today, Pat McGrath is one of the most influential, in demand and iconoclastic make-up artists in the world.

Since the mid 90´s, Pat has been inventing, launching and strategizing high end cosmetic brands, runway shows in every major fashion capital of the world and assisting on ground breaking editorial / advertising spreads. Her strata strophic rise through the fashion ranks started over 20 years ago from an introduction to legendary photographer Steven Meisel by supermodel Amber Valleta. Since then this dynamic design duo forged a strong friendship and mutual respect which saw them go onto create cover stories and industrially acclaimed editorial spreads for brand defining campaigns and international spreads for industry benchmarks such as Vogue Italia.

Pat´s transcendent mastery and iconoclastic virtues has helped to revolutionise and transform the beauty industry. With regards to street style, cool hunting and trend prediction for make up over the past two decades; if you look closely enough you will find her name woven into the glosses, powders and matts of the multi coloured cosmetic industry. From 1990´s dewy Kate Moss (for Calvin Klein Obsession) to the infamous ´no retouching necessary´ foundation which she developed for this decade´s selfies generation, counting Kim Kardashian as a fan.

“She is a terrific business partner. Our success is her success, and vice versa” – Esi Eggleston Bracey (Vice President and General Manager of Procter & Gamble Cosmetics).

In 1999, Giorgio Armani hired to develop and launch a line of cosmetics bearing his namesake brand and she certainly made an impact as he was quoted as being “struck by the way she interpreted colour and by her ideas about beauty and femininity.”

The multi-talented maquilladora has held the position of Global Beauty Creative Design Director by Procter & Gamble since 2004 which captains brands such as Cover Girl and Max Factor. In addition to this, she developed Dolce & Gabbana: The Makeup then after went onto design and launch Gucci’s debut cosmetic collection.

With regards to industrial relevance, Pat McGrath is the most sought after visionary of the multi-billion dollar global beauty industry also has a cult like following on social media where her posts, comments and vlogs are worshipped, tried and tested. Pats most recent venture has seen her achieve blockbuster success with Pat McGrath Labs proving her incandescent ability to not only apply and direct make up, but to create it.

A warm, genuine personality with a magnum opus for make-up, pat has the Midas touch for completing session style looks for everything from couture to club kids and street culture. Although you probably don’t know it, her influence is everywhere from stage to screen and from what she tells me, doesn´t look to be fading anytime soon. 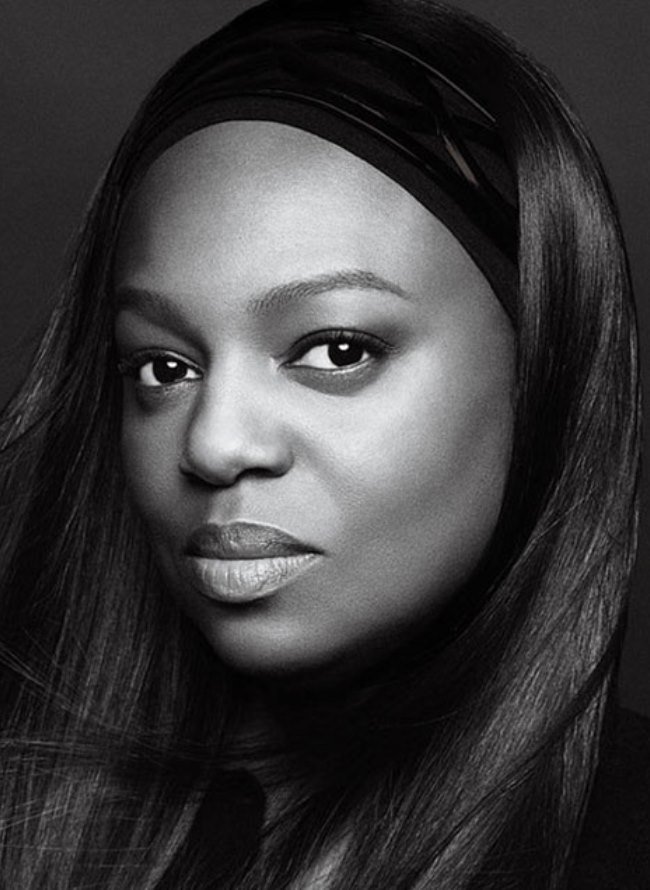 Pat McGrath – The Maestra Of Make Up

How did you get started in makeup?

“My mother was my first and most important influence in my career. When I was a little girl, she would take me around shopping for pigments that were flattering on dark skin tones and would mix and play until she found the perfect shade. At the time I hated being dragged around shopping, but it planted a seed in my mind and ultimately became my career.”

“Developing my own product line has been a dream of mine for many, many years. At the core of creating these products is my obsession with the products themselves. I’ve always been one to break the rules and push the boundaries, and that directly translates over into my line. My biggest challenge is of course deciding what products to release—there are so many innovative products, and narrowing it down can be really difficult.”

As a makeup artist, you’re known for dramatic use of pigment. What are some of the benefits of working with pigment?

“There are countless benefits to working with pigment, including its versatility and the range of textures and colors. It is pure pigment in its truest form and can be mixed, manipulated, and combined with an endless amount of products, all resulting in different outcomes.”

Tell me about Skin Fetish 003: how can each of the three products be used?

“The magic of Skin Fetish 003 is that it’s so simple and easy to use; there are so many different ways to use the products individually or layer them, for varying effects.

The highlighter can be used alone to add creamy reflective metallic light to lift and add dimension to the bone structure. The balm can be used to add a transparent mirror shine and moisture to any part of the skin, such as the eyelids. The pigment is a multidimensional powder that, when used alone or in combination with the other products, creates a blast of iridescent shimmer. You can buff the pigment over the Shiny Stick duo—there are endless ways to use each part of the Shiny Stick highlighter and balm duo, and the pigment!”

Can you tell us about your iconic “Alien Angelic” look and walk us through the steps to recreate it? Any tips for making it more wearable for every day?

“My famous alien-gelic skin requires a series of steps to achieve and can be done in a really natural minimal way or over-the-top and theatrical. Most importantly, you must prep the skin with a good exfoliator, a rich moisturizer, and liquid or cream base to even out the skin tone.

Add a generous amount of the Shiny Stick Highlighter with fingertips, with a brush, or just by painting it on the tops of cheekbones, down the bridge of the nose, Cupid’s bow, chin, eyelids, under the brow, inner corner of eye, décolletage, shoulders, and down the center of bare arms and legs. Next, using a brush, layer the Iridescent Pink 003 or Fine Gold 003 pigment on top to further enhance those areas. The last layer is the balm—add a generous layer of balm over the areas of highlight for a gorgeous, glossy top layer.”

What do you love about the incandescent pigment in Skin Fetish 003? Can you walk us through the differences between nude and golden?

“The Fine Gold 003 and the Iridescent Pink 003 pigments are some of the essential ingredients in achieving that out-of-this-world glow. There were countless shows where those pigments were the finishing touch that really brought the look to life.

The Fine Gold 003 pigment is more of a golden shade, and the Iridescent Pink 003 pigment is more opalescent, but the formulation is the same. The pigments combine the best features of baked, powder, cream, and fluid resulting in a hybrid texture and an incredibly smooth, lightweight gel-powder. The particle structure creates this perfect uniform layer that reflects and refracts light, maximizing gloss and color. The end result is natural, luminous, and divine!”

Every set is sealed in a package of sequins—so cool. What’s the story behind it?

“I am beyond obsessed with sequins and they have been a recurring element in so many of my looks, from the face masks at Givenchy to the lips and eyes at Dior. For me, they trigger a magpie effect and represent a must-have. Sequins are a real obsession for me and they’re such a crucial part of the story.”

With each and every season, Pat McGrath´s exposure intensifies with the potency of her name sake pigments. Skin Fetish 003 recently sold out within 5 days and currently, there are plans to develop another, more accessible range. One thing is for certain. In the make up world, Pat has a bright future ahead.