“We need to dream, we need to be inspired, we need to uplifted and transported, now more than ever” said Jeremy Scott, speaking over Zoom from his immaculate John Lautner home in Los Angeles. His spring/summer 2021 Moschino collection is big on romance, full of breathtaking ball gowns with a concerted emphasis on the finest Italian craftsmanship – but it’s the format that will make you truly jump with joy.¨

“I always think of my fashion shows as a ticket, like a feature film in the Depression era in America. People didn’t have enough food, the land had turned into a dust bowl, but they took their two pennies and they went to the movie theatre,” says Scott. “There, they were transfixed by Jean Harlow slithering across the screen – so transported perhaps that just for a moment, they forgot their sorrows. So, if I can transform that reality, suspend it for just a moment, so that my guests are transfixed by the show – that’s my goal. I feel like it is more important and pertinent and necessary more than ever.” Coming up – the most fantastic puppet show you will ever lay eyes on.

The response to a chaotic world 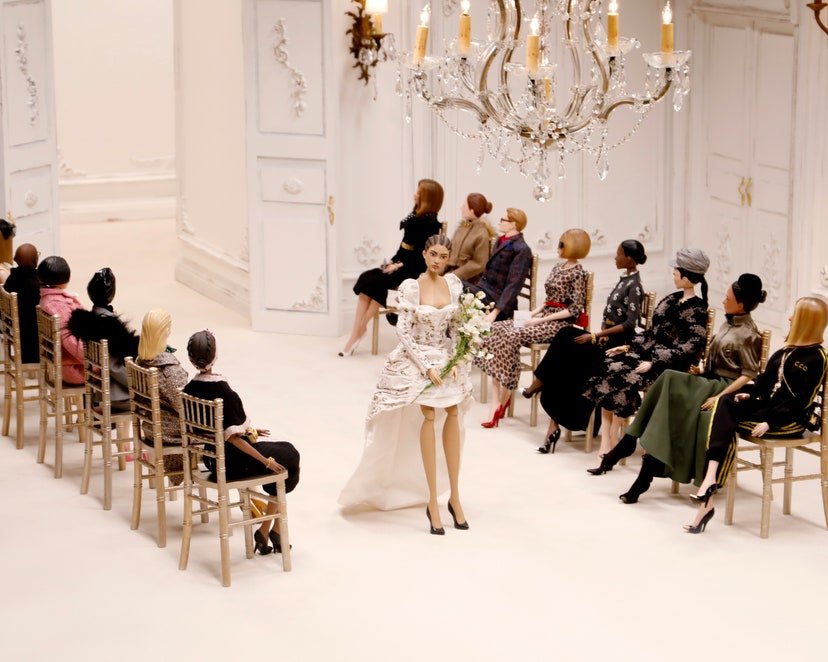 ¨Scott worked with the special effects company Jim Henson’s Creature Shop – Henson is best known as the creator of the muppets – to create the 30-inch marionettes and the set for the salon show, and with his atelier in Milan to create their scaled-down outfits. “It was, for sure, a labour of love,” he says. “It’s much easier to do a show with live models and put clothes on them in a traditional size, turn the music on – and go. I directed the film, it was my concept, so to make it all happen in this timely fashion has been one of the most amazing and challenging creative endeavours that I’ve ever gone on.” Scott has a relationship with some of the puppeteers who worked on the film from his early days in LA, in the mid-2000´s. (“I was the first designer to ever dress Miss Piggy!” he points out.) Even they were entranced by the idea. “These are marionette aficionados – but even for them it felt radical doing something so elegant and chic!”¨

Celebrating the intricacies of dressmaking 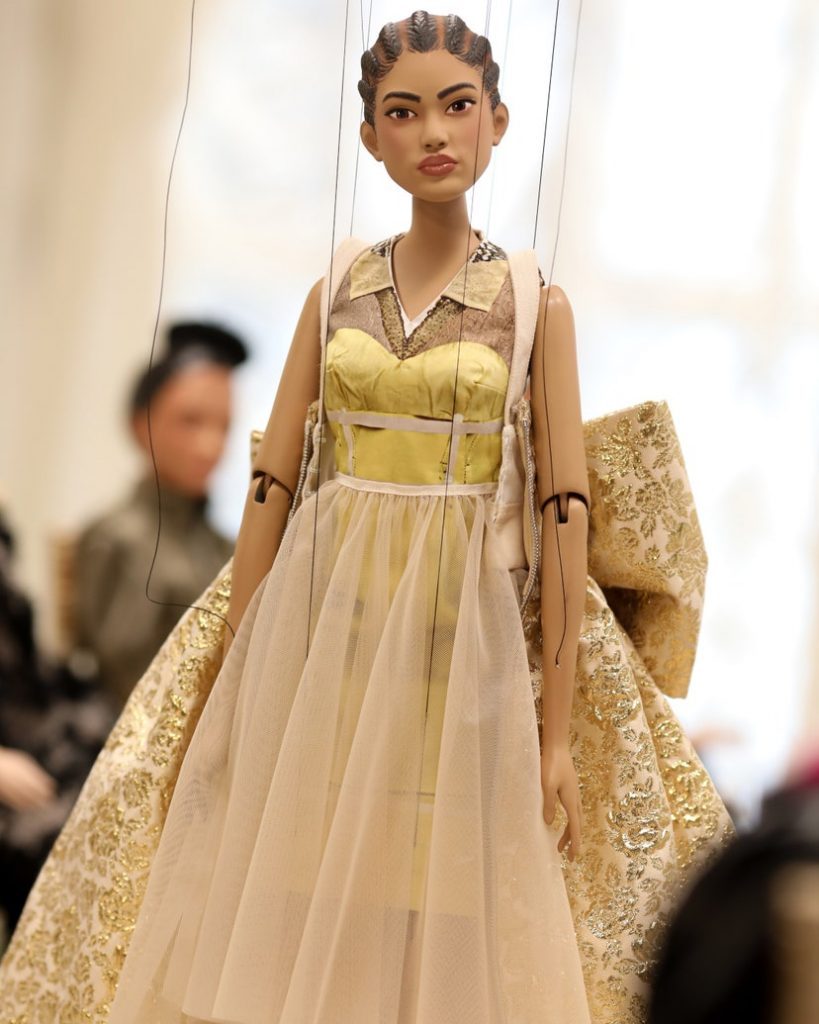 ¨“I was thinking about the hidden, the never seen, and now a lot of time the not used,” says Scott. “People have linings now, so they say, ‘Oh, we’re not doing darts or weights or using pinking shears any more’. And I wanted to show that human side, to put it on a pedestal and pay homage.” The inner construction of the garments, then, has been exposed on the outside: boning and corsetry, the insides of pockets and the under layers beneath skirts are visible on the gowns, crafted in jacquard and tulle, in a romantic palette of gold, pink and dusty blue.¨

“I conceptualised it, I designed the clothes, I directed the film, I should be sick of it. But I keep watching it, I never feel tired or uninspired or unamused. It feels like something special.” – Jeremy Scott

¨The ball gowns will be available in scaled up versions for sales, Scott assures, and though he has done fittings over Zoom and received fabric swatches and samples via Fedex, he hasn’t yet seen the life-sized dresses when we speak. “I can honestly say our atelier in Italy, the people that work there, are incredible. They always go above and beyond for me,” he says. “When I opened the boxes when the little outfits for the puppets arrived, I was shocked and befuddled and tickled pink!” All the work on the mini outfits has been done by hand, and even the jacquard was scaled down and rewoven to marionette proportions. “It’s filled with love, it’s so delicate and intricate,” says Scott of the workmanship that has gone into the collections – both big and small. “It’s close to looking classical but not exactly. I wanted to play with all the subtleties but make them bold at the same time.”¨

The international fashion press were dressed to match 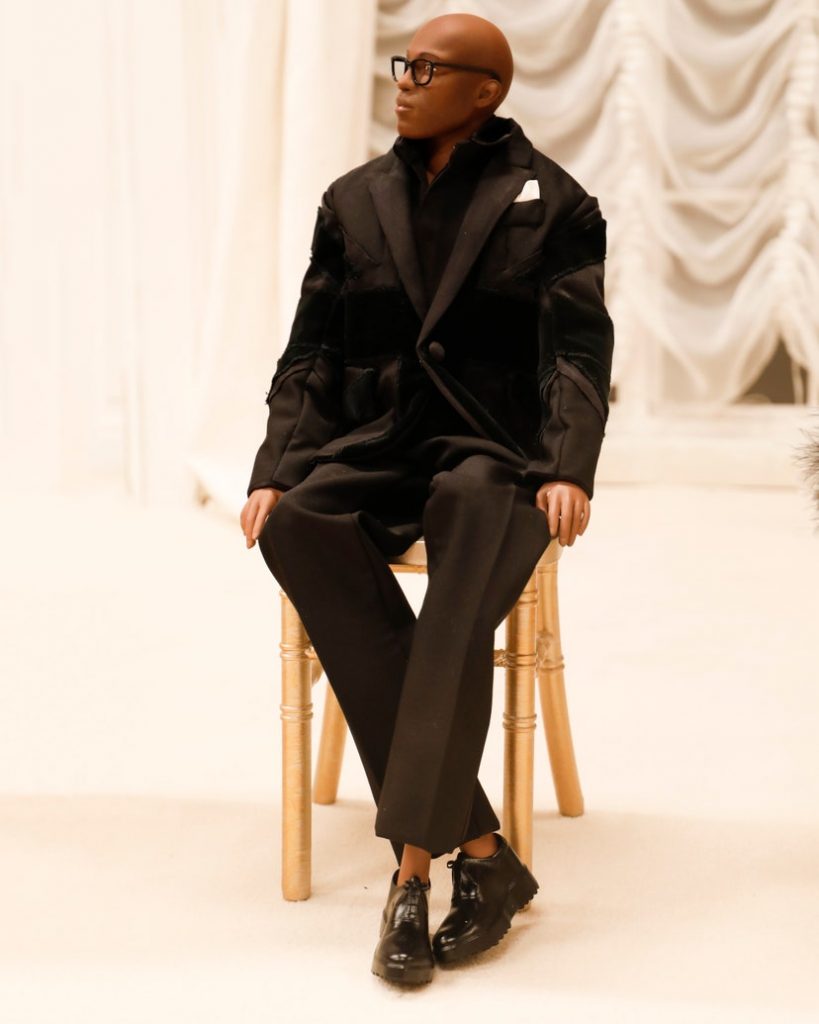 ¨“I had to capture everyone’s unique personality and then give it a little twist,” says Scott, of designing Moschino outfits for a front row of marionettes that included Vogue editors including Edward Enninful and Anna Wintour, the New York Times journalist Vanessa Friedman (who at one point can be seen jotting down thoughts in a notebook) and Scott’s regular stylist collaborator Carlyne Cerf de Dudzeele. “For Edward’s suit I made sure it had the British flag. I thought, if I was making something custom, what would I imagine for him that would respect him in his world, but give a little nod that I was playing?”¨

Now, more than ever – fashion should be about fantasy 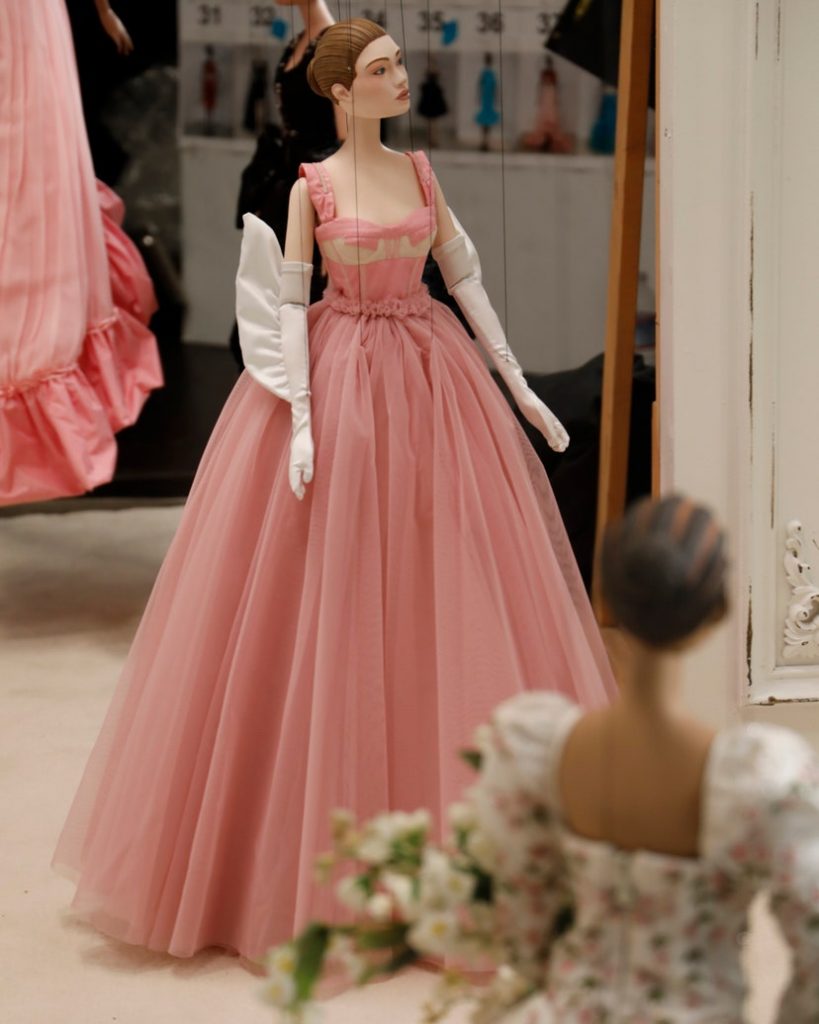 ¨Spending lock-down at his home in LA, Scott found the enforced slow-down as discombobulating as as other creative. “As a person whose nature is to plan ahead – I have a whole rhythm in my head,” he explains. “My schedule, it’s like an athlete training for the Olympics. I know how it connects, how once collection connects to the other, the men’s, the women’s, the accessories, and then it’s like being one with the universe. Then it got ripped away from me.” He tried to see the sunny side, throwing himself into his work, improving his cooking from non-existent to “mediocre” and sticking to a personal mantra: “I looked at it as an opportunity… My mind was not in quarantine, my body was.”¨

The entire process was deeply and creatively fulfilling 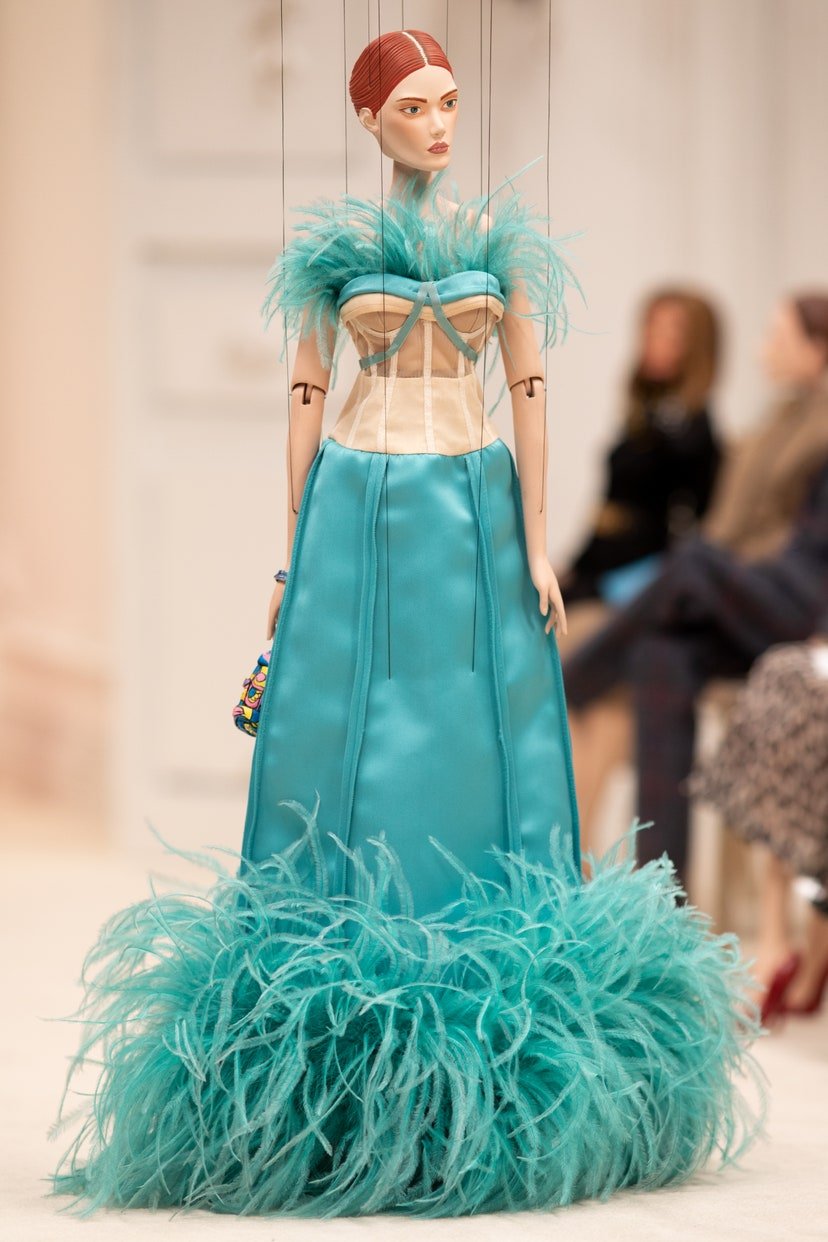 The Intricacies Of Dressmaking

¨“Generally, I have a fantasy that is so unreal and unbelievable… but this just blew me away,” he says, of the joy that putting together the collection afforded him. Following in the footsteps of founder Franco Moschino, Scott’s shows are famously big on tongue-in-cheek humour and serious escapism – last season’s Marie Antoinette themed show saw him send Joan Smalls, Bella Hadid and Stella Maxwell down the catwalk in multi-tiered, generously iced cake dresses; in previous years he has conjured up a game show set for his The Price Is Right collection; and partnered with Barbie and McDonald’s for collections as kitsch as they are commercial. But this season topped them all. “I conceptualised it, I designed the clothes, I directed the film, I should be sick of it. But I keep watching it, I never feel tired or uninspired or unamused. It feels like something special.”¨