At first glance, many magazine editorials look effortless, as well as flawless. However, the rich, decadent images that grace the features section of all the top magazines would not be possible without a team of talented fashion creatives. The main ´behind the scenes´ players for these productions are obvious; photographers, make-up artists and stylists being the fastest to be referenced – but, what about the set designer? A critical member of the creative team (although probably not the first thought of), it is the job of this unsung hero to quietly dress the space that brings each and every fashion story to fruition.

¨ Be it a lavish Romeo and Juliet style tableau for Vogue or an artfully stripped back studio for the Pirelli Calendar, Howard knows how to conjure just the right backdrop to make a fashion image sing.¨ – Charles Daniel McDonald

In the world of space rationalisation and curation, Mary Howard is an exceptionally talented and experienced individual. Having created remarkable sets for the past thirty years, Howard has showcased her talents alongside industry legends such as Patrick Demarchelier, Steven Meisel and Annie Leibovitz. The originality that Howard produces is the result of assiduous research and obsessive attention to detail. Several weeks before a shoot is produced, she will gather information on everything; from the photographers favourite references to the location itself then set off on a shopping trip which will take her to each and every corner of the world as she scours flea markets for random, vintage props. Howard also now manages the careers of prominent set and production designers as well as her own as she strives to produce something completely different each and every time. This is how she does it. 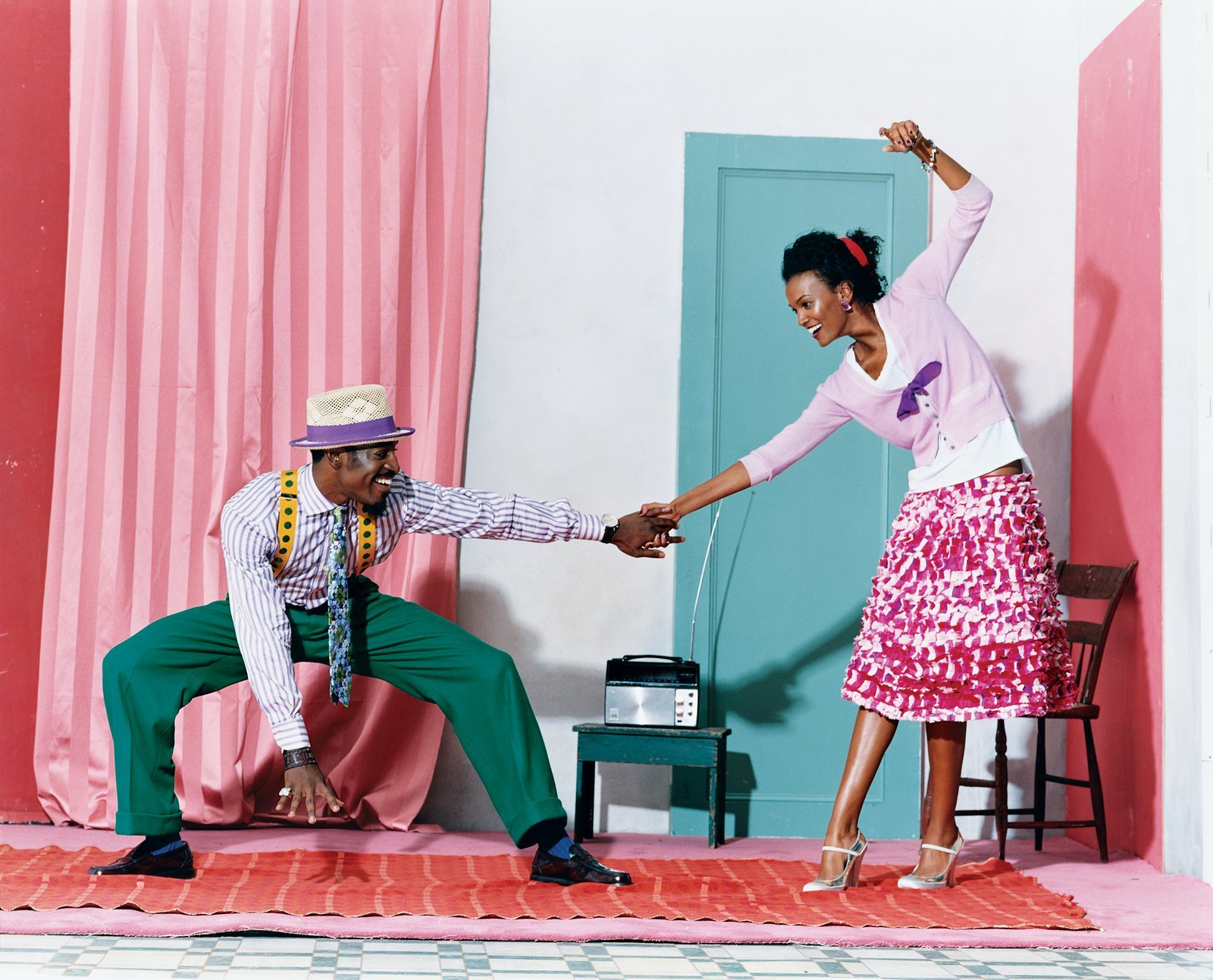 What was the first American Vogue shoot you remember working on?

I think it was a Grace [Coddington] story with Wayne Maser? And a zebra-striped backdrop? Long time ago! Well, I guess the earliest, most memorable would have been “The Twelve Days of Christmas” story with Steven Meisel in the December 1998 issue.

Your work has been a constant within fashion for decades. How have the many changes within the world of fashion photography impacted what you do?

Everything is much faster, of course. In the early years we would do maybe 100 shoots a year; now my studio does close to 700 shoots per year. Also, the move from film photography to digital has introduced a new element to creating and building the image on set. It’s a lot more immediate and forgiving as a method of working.

You do extensive research and create binders for each shoot, but what is the most rewarding part of that pre-shoot process?

I would say the discovery part—figuring out what the look and the set can be. Sometimes it’s very simple or specific, so there isn’t a lot of research to be done, though it’s often more open and will start as an initial idea, which will transform. There’s a lot of material that I come across during the prep that will inform what I bring to each shoot. And the transformation can continue on set, especially when you see it in reality—things are added, taken away. It can be a constant process of editing, exploring, and developing until the last frame is taken. 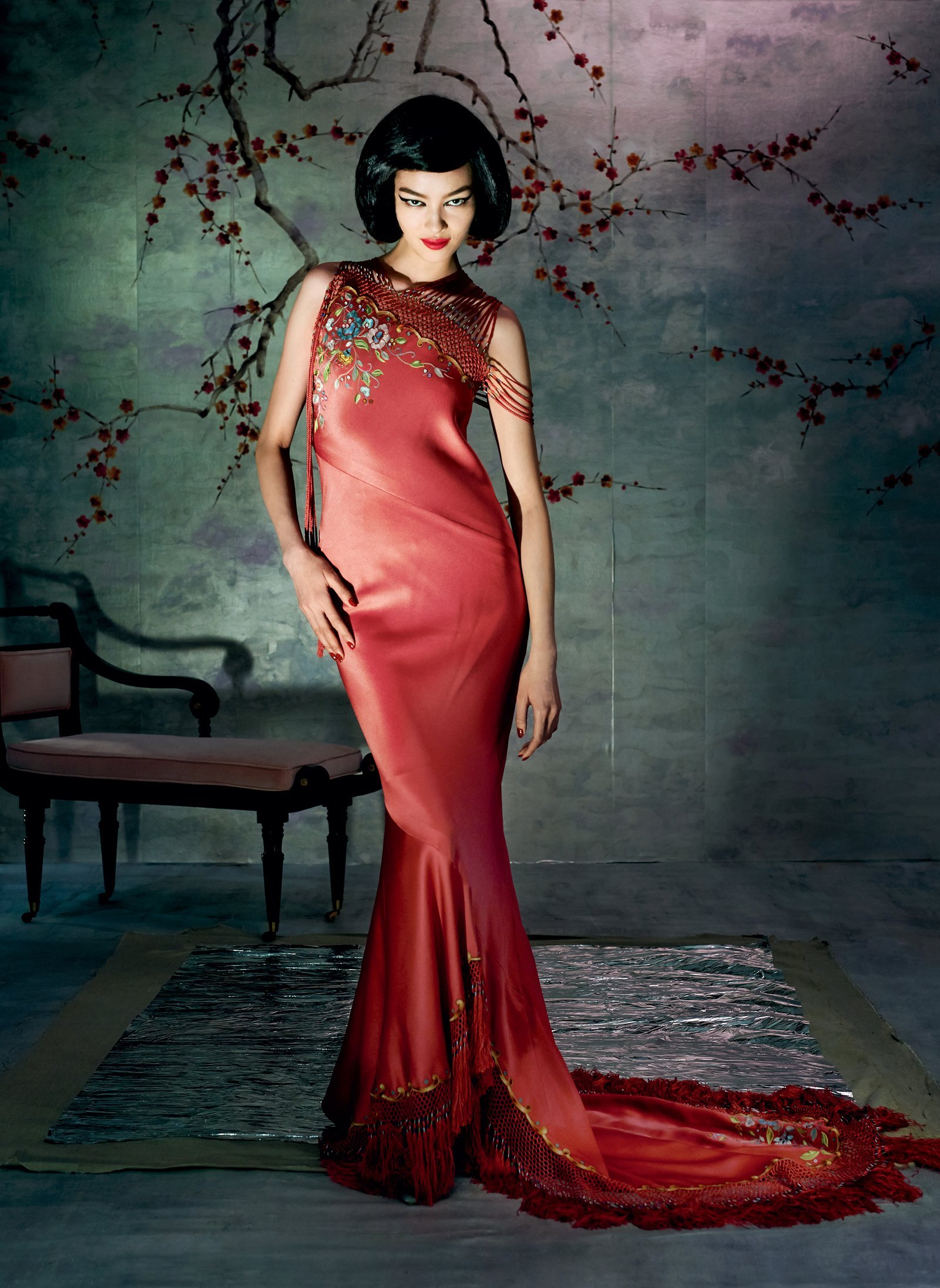 I don’t do many live events or shows, though I would love to do more. It’s a very different energy and impact when there’s an audience present—not to mention that you’re often working on a much larger scale. I think the photo shoot feels like going into surgery—everyone has their place and their job to do; it is very clear-cut. [Being on set] is quieter and more focused, I would say. It’s two-dimensional and only the visual matters.

Given that you’ve done so many shoots, how do you keep your ideas and concepts fresh?

This always concerns me, since I hate looking back or repeating. It’s important to me to push the image forward. I think it’s a case of always being aware of images and working out what can be fresh in the picture. This takes knowing what came before, borrowing from that, and then adding some new twist or dimension to it.

What are some of your favorite places to find materials for your studio?

My favorite things I find discarded on the street—aged furniture, for example. Of course, the Paris flea market is always a favorite for small things and fabrics. There are some stores in New York City that are hidden treasures that I check out often.

For shoots where the production design isn’t necessarily evident in the final image, how do you bring some of your aesthetic into the picture?

I try not to have an aesthetic really, since I need to work with the other interests on the shoot. The art direction isn’t necessarily always my taste, for example, but my job is to produce the best possible look for the direction given. If the set is very simple, say a wall and floor, I do like for it to be refined and resolved in terms of the finish, color, texture, so that it makes sense in the picture even though the elements are few. 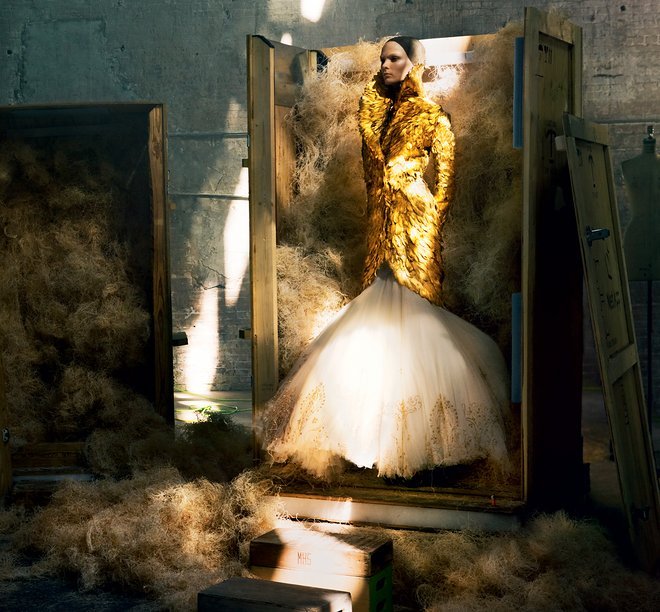 In addition to your personal work, you also represent many of the next generation of set designers/production designers. How would you say the field is changing?

There are loads of set designers now, but there is a lot of image-making, and it is happening at lightning speed. Each of the set designers in my studio is forging ahead in new and interesting ways in video and still. It really is different now than when I started—they have to make so many design decisions in a quicker amount of time. Back in the olden days we had much more time; it didn’t feel like we had much time then, but compared to now it was!

What would you say is the future of production design? Where do you see the field going?

Production/set designers for print are the unsung heroes. We are the first to arrive to set and the last to leave. We create the world, the environment that the imagery will be set, and I hope that fashion production designers get more credit for their role in creating the overall look, feel, and mood for the final image, in the same way that production designers for film work very closely with the director and DP and are very respected and given credit for the look of the film. Regarding the future, I think I’d like to see all designers pushing for originality and innovation. The ideas and creativity that we bring make the field what it is, as we have this great ability to bring an authentic, engaging, and inspiring world to life.