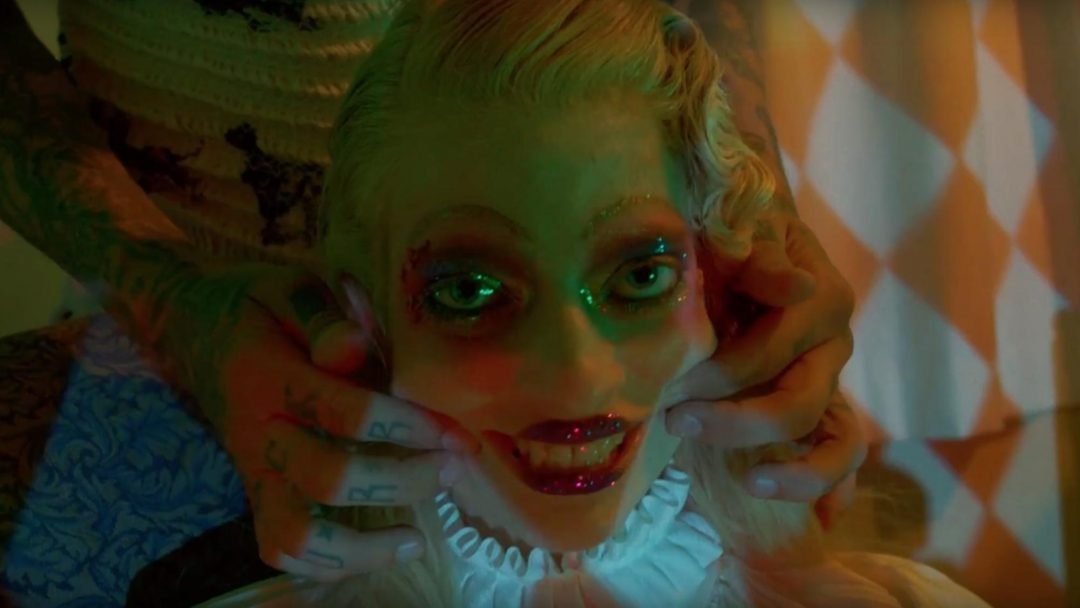 With another day comes another fashion video, however this one is nothing like the others of recent. Recruiting the talents of surrealist artist Philippa Price, Stella McCartney‘s latest fashion film, The Uncanny Valley, summons you down the rabbit hole, on a psychedelic trip into the realms of the Nevada desert, stopping off at the freakish Clown Motel, located in an area which served as a nuclear testing site in the 1940´s.

¨ With its psychedelic images and clowns, Stella McCartneys new mind melting fashion film is not for the faint hearted.¨ – Charles Daniel McDonald

Stella´s latest sartorial screen shock is a captivating mixture of film noir and sci-fi; a mixture which ensures the film is grippingly surreal and visually arresting. Featuring models Megan Nison and Bradlye Soileau (Price’s boyfriend), the film emblazons both the brand’s inaugural men´s and resort collections. Officially launching today, the film flags the start of a new editorial series called #StellaBy, whereby an assemblage of today’s most exciting creators and artists are invited to revisionise the brand’s recent collections – so watch the space.

NEXTTHE FUTURE OF THE FASHION SHOW