What would your thoughts be on wrapping an entire bar in aluminium foil (right down to the very beer taps), kitting out rundown buildings with the ceremony of cut-glass chandeliers, littering a runway with hundreds of smashed, white earthenware bowls? Well, these are just some of the aspiring projects that fashion production company Studio Boum undertook, when assigned with putting on shows and presentations for Maison Margiela’s diffusion line MM6 and LVMH Prize finalists, Cottweiler.

The iconic London-based studio was co-founded by Andy Moller, Mary-Jane Forster and Olivia Herrtage, a venture which has seen them collaborate with the likes of Marques’Almeida, Halpern, Isa Arfen, Peter Pilotto, Rejina Pyo and Y/Project during the bi-annual show seasons. Their task is to translate the collections into immersive, three-dimensional experiences, overseeing everything from lighting and sound design to backstage catering. Here, we speak with Creative Director, Andy Moller about what it takes to stage a fashion show and his predictions for its future. Remember, S/S20 might just be over, but it’s only a few months before A/W20 begins.

On Why Studio Boum Was Founded. 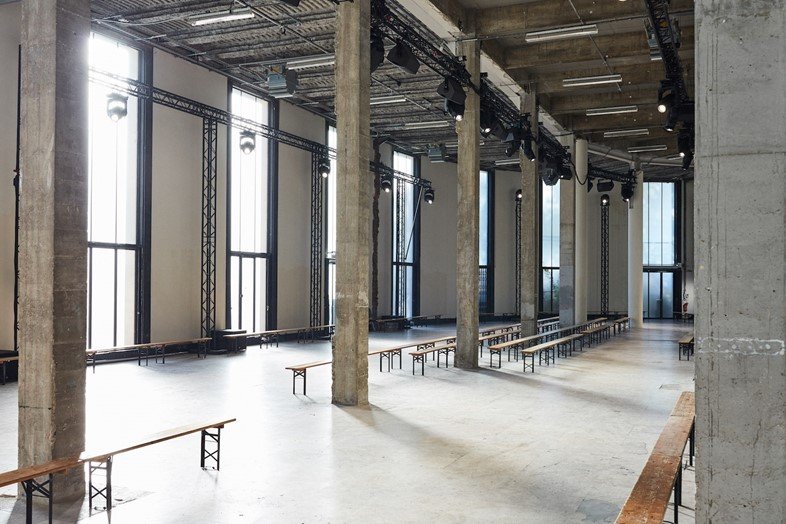 “Studio Boum was founded in 2014 by myself and my two business partners Mary-Jane Forster and Olivia Herrtage. I originally studied to become an architect, but I’d always had a love for fashion and wanted to be involved in it, though I never wanted to become a fashion designer. So starting a production company was a way of merging of architecture and fashion design. There are so many amazing production companies that are out there, that have been around for 25 years or more, and they’re incredible at what they do and work with very established names. But we realised that there was space for a contemporary voice, one that maybe had a bit more of a youthful edge, that spoke to younger brands. We wanted to work with emerging talent, to elevate their shows because they truly deserved it. At the beginning, we just reached out to various people – set designers, sound engineers – explaining we didn’t have a Celine or Dior budget, but we would love for them to be involved regardless. That’s how we fostered these amazing relationships with people who have helped us along the way in return.” 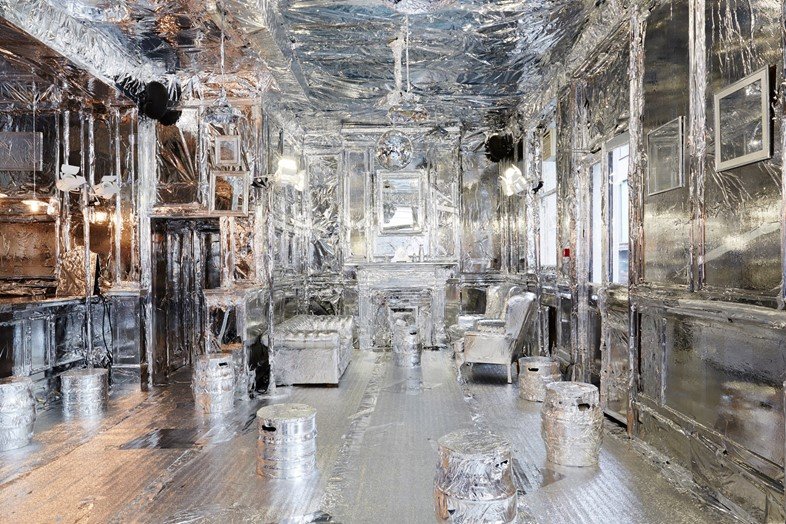 The Attention Is In The Detail

“We’ve been working with Michael Halpern for the last three seasons. He’s such a dream and he obviously has a very strong vision. There’s such a brilliant community we have established with Michael and his team; he’s always open to creative collaboration and having everybody else’s input, and for us, that is very important. It’s the same with a lot of the brands we work with; Marques’Almeida, for example, or even a bigger house such as Maison Margiela, who we work with on MM6. They really value the collaborative process. So when we sit down with a team of people to start the production on a show or presentation, we are able to finely tune everyone’s work to create a fully three-dimensional environment for the audience to experience.”

On The Process Of Production. 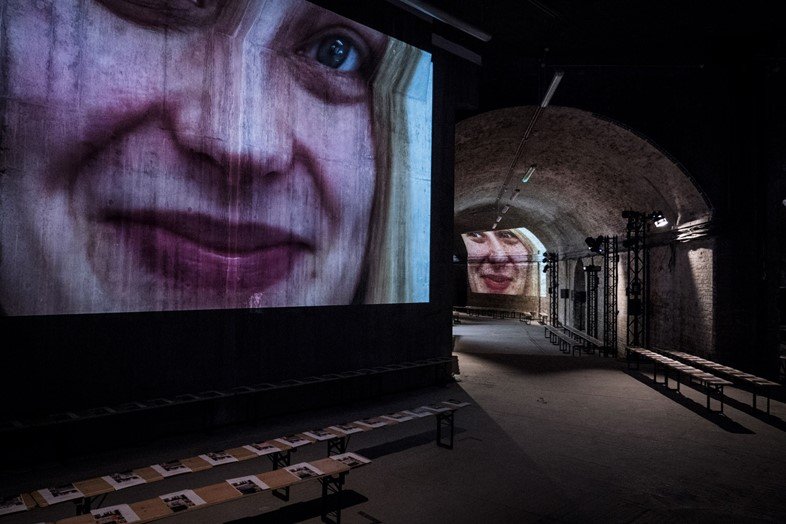 A Perfect Marriage Of The Elements

“First of all we look for the location. Sometimes brands and designers have a really strong vision of what they want, and other times we go to them and say ‘hey, we’ve just found this incredible underground bunker, what do you think?’ Then, we invite lighting designers, sound designers and set designers to do their thing, and we do really get quite involved in that process to help facilitate a brand or designer’s vision. We work closely with Michel Gaubert’s team for sound at Halpern, and set designers Shona Heath and Derek Hardie Martin; for lighting we frequently work with Alex Lebrun, who did the lighting for the S/S19 Celine show. We also oversee everything that goes on behind the scenes of a show: the stage management, the technical teams, and all those people hidden in the background, who are all vital in bringing the show together. This can sometimes be around 150 to 200 people at one given time.”

On The Future Of The Fashion Show. 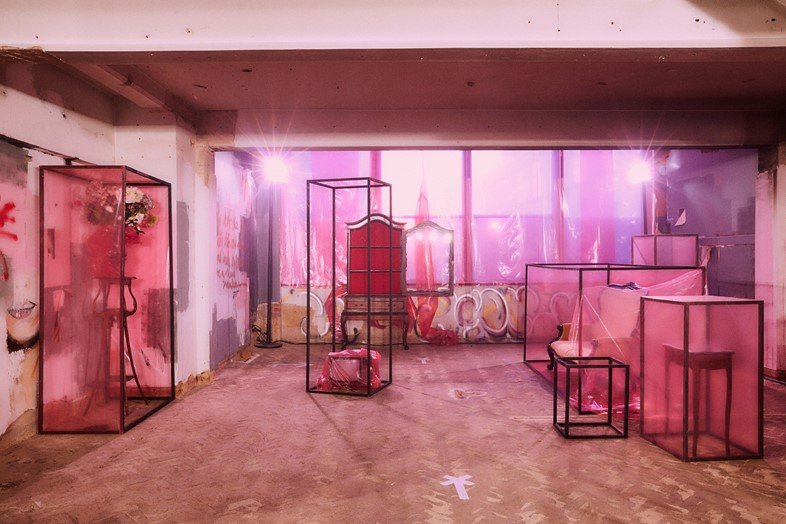 The Detail Of Live Fashion Events

“I think that people always love experiences; they love a memory to take away with them. I don’t think that the fashion show will physically disappear, because people love being invited to something, the exclusivity of it all and seeing new ideas in the flesh. You always remember, on a personal level, an amazing party you attended or an incredible birthday you had one year with your family. I think the fashion show is similar, and something that we will just never get enough of. Although, technology has obviously played a huge part and the way in which we document experiences and it’s no longer just a few runway photographs anymore on specific media outlets. We now have to consider every single person sitting in that room and how they’re going to record the show from their own point of view on their smartphones. I think, to be honest, the thing I miss the most about fashion shows prior to the rise of social media was the sound of applause at the end of a collection being shown. They didn’t have a phone in their hands, so were able to clap properly. Now it’s usually more of an eerie silence.”

On The Future Of Studio Boum. 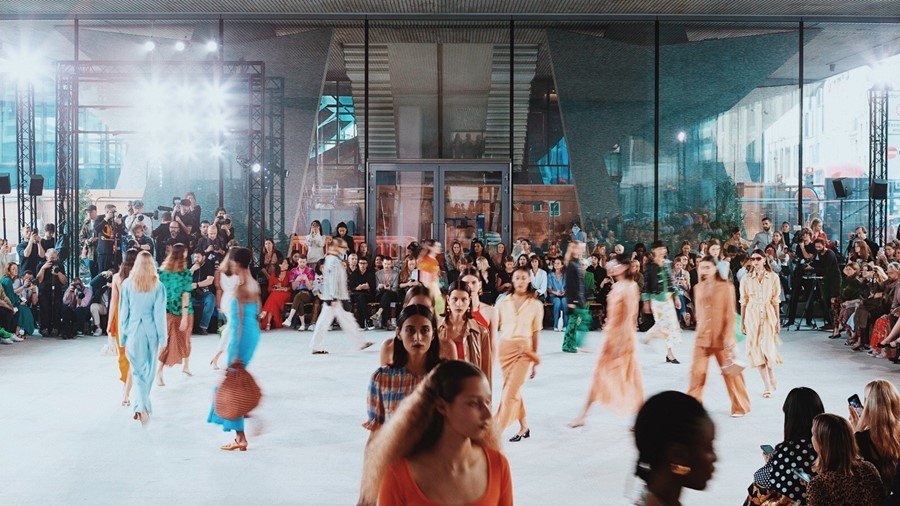 “Really, we’re just hoping to keep enjoying the projects that we’re doing. We’ve formed these very close relationships with people who are essentially our clients, but end up becoming our friends in the process. I think that’s really important because show season is such vital time for the designers in the fashion calendar and we are trusted to help deliver their big moment. It’s sort of taken us to the edges of the earth: we’ve done shows in New York, Paris, Milan, Florence, London, Shanghai, but it’s not just about travelling the world. Studio Boum is really just about creating exciting work with amazing people. We hope that this is also what the future holds.”

NEXTFASHION FILMS OF THE DECADE