SWISS-BLISS AT THE ROYAL SAVOY

The landscape of Switzerland is famous for three key elements; lush green scenery, sparking clear water and snow kissed Alps. A visit to the Hotel Royal Savoy affords every guest an opportunity to take advantage of the region’s most captivating panoramic views. Centrally located in Lausanne´s historic heart, its patrons can savour these vehement views alongside fine dining, luxury spa experiences and contemporary cocktails. The cities close proximity to nearby towns such as Bern and Geneva (which sits at around 45 minutes) make it an excellent candidate for day trippers, before returning to their eloquently re-designed quarters. 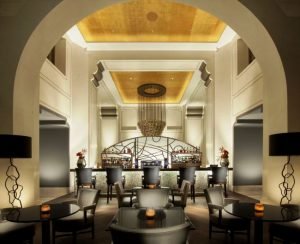 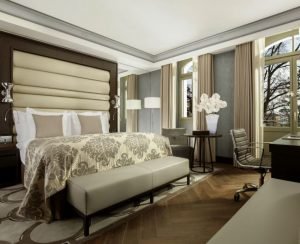 The Hotel Royal Savoy was reborn in the autumn of 2015, after a 6 year and $100 million makeover by superstar hoteliers Katara Hospitality (who are also proprietors of Bern´s Schweizerhof) in association with MKV London design consultants. Constructed in 1906, the hotel has served the good and the great from the Spanish royal family and King Bhumibol of Thailand to David Bowie and Phil Collins. The complete restoration of this Grande Swiss Dame involved dramatic, contemporary lighting and a clean modernist design which works perfectly within the hotels dramatic public spaces where its Art Nouveau inspired furniture captures the theatricality of the period to give the feel of a certain Grand Hotel in Budapest.

¨Lausanne is an almost surrealist Swiss city. It rests on incredibly steep, undulating hills laced with meandering little streets that are dotted with Belle Epoque fairy-tale architecture. Add to this vision breath taking views of Lake Geneva, the terraced vineyards of Lavaux and the rugged French Alps, then a trip to this city can easily define the word scenic¨ – Charles Daniel McDonald

The Royal´s revival can now fulfil every desire of its discerning international travellers. Its facilities now boast some 196 rooms, including 37 suites and junior suites as well as an exclusive 3 bedroomed Katara suite on a private floor. In addition to the old, the hotel also has the new, in the form of a glass and metal ´The Garden Wing´ which adds a dash of mid-century modern cool to its design narrative. The bedrooms also benefit from this five star fit-out, each one posing a sleek, edited look with stripped fabrics and dandy, hardwood surfaces. The overall effect is contemporary slash whimsical, elegant and discreetly expensive. 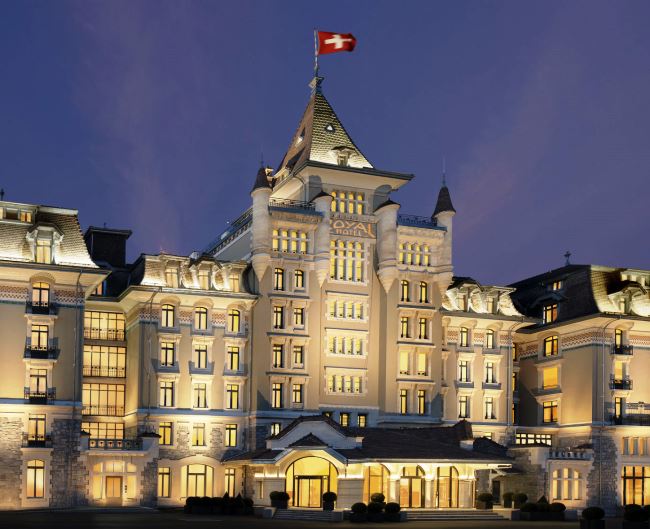 The recently opened, 1,500 square metre state-of-the-art spa leaves its guests with nothing to be desired. As well as providing a comprehensive range of cosmetic treatments and massages, this luxurious leisure layer also includes an indoor-outdoor pool, eight treatment rooms, private and ladies only spa areas and a 24 hour fitness facility equipped with the latest machines. A fully equipped business and events centre also complete the hotels ancillary services hosting everything from weddings to conferences with fashionable flair and attention to detail.

¨Like a Swiss variation on the Goldilocks story, it’s very possible that the Royal Savoy got this refurbishment just right ¨ – Charles Daniel McDonald

The Brasserie Du Royale is the Royal Savoy´s main restaurant where guests can enjoy celebrated, Swiss influenced signature dishes created by Michelin star chef Marc Haeberlin which features plates such as white asparagus from Valais, Fera fish in a Cuchaule crust from Lake Leman before finishing off with the exquisite Iced Pavlova. Digestion can be aided by taking an aperitif on one the hotels many night-time nooks such as the terrace, lobby bar, cigar lounge or 7th floor Sky Lounge which offers unparalleled panoramic views of the city, lake and Alps. 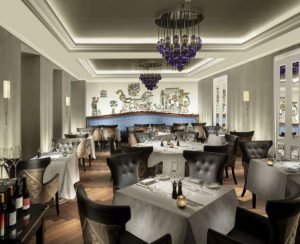 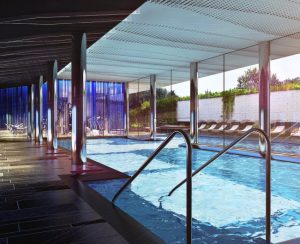 In life, it really is the little things that make the difference. An attention to detail both surprises and delights. The Royal Savoy delivers this with gusto thanks to special little touches like free Wi-Fi, a Lausanne public transport pass, Hermes bathroom amenities, Nespresso machines, shoe shine stations, ice machines, Bang & Olufsen music stations and an interactive iPad guide. Whatever your reason is for staying here, you will rest assured. A trip to The Royal Savoy Lausanne will most certainly be a memorable one.

With special thanks to  Lucy Tallo at PR/Ticular

PREVIOUSFASHION DJ’S THE SOUND OF LUXURY