Born in a bohemian family of surfers in Tapia de Casariego, a fishing village in Northern Spain – Arturo Obegero grew up surrounded by nature. He spent his childhood and teenage years in the melancholic town, which left a significant impact on him. He describes his hometown as “captivating, poetic and aggressively beautiful” – epithets which are also attributed to his personal aesthetic.

Obegero’s mother encouraged him to pursue the performing arts, which nurtured his sensitivity and eye for detail. Obegero then went on to rigorously develop these skills, including pattern-cutting – before enrolling in the prestigious MA programme at Central Saint Martins London, where he developed his creative narrative.

Stimulated by the world of dance, the surrealist and neo-noir movements, Arturo Obegero creates a romantic, sensual, and severe wardrobe for men and woman by exploring the world of Tauromaquia. Although he is unequivocally ¨against the violence in bullfighting¨, the designer found it challenging to research such a brutal tradition and turn it into something aesthetically and ethically beautiful. 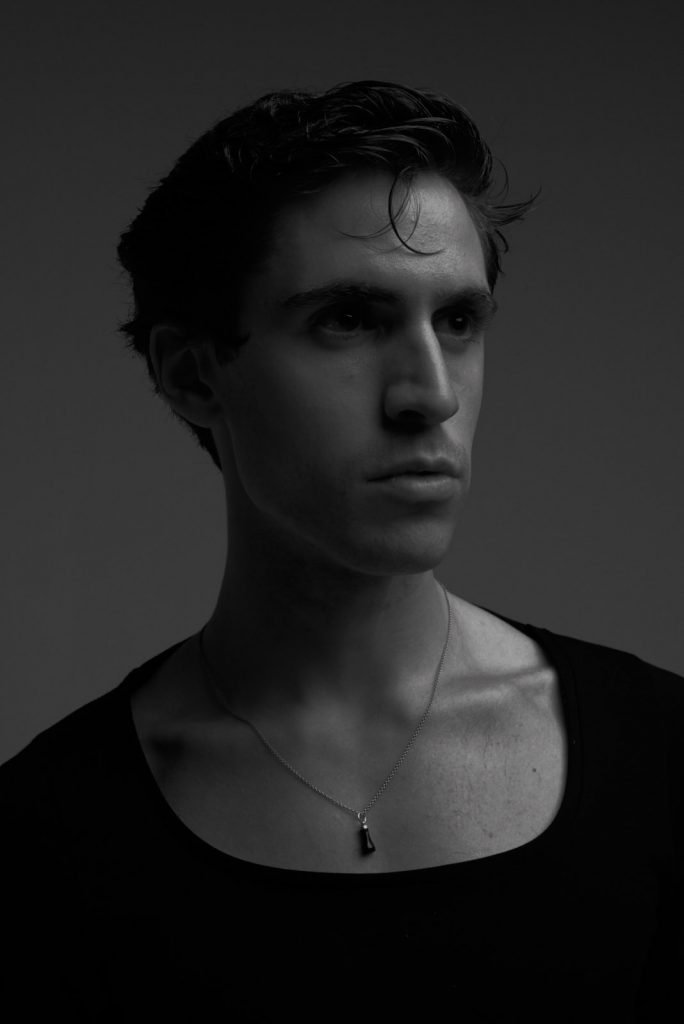 The eroticism of bullfighters’ outfits inspired his silhouettes; from the cropped and fitted vests with high piping pockets, the sportier figure-hugging tops with deep cleavages, extremely high-waisted trousers and the cropped jackets with elongated and curved sleeves. His garments are comfortable, with no bonding or fusing material that could restrict the movement – utilising using wool, jersey, velvet and satin. Sharp tailoring was his focal point, hence the absence of any highly visible embellishments such as motifs and embroideries.

¨I visited Spain’s most prestigious torero tailor, Antonio Lopez. He taught me everything about this age-old tradition; from the beliefs within its origins to the unbelievable craftsmanship involved. For me, the Palmira is a reflection of this and a tale of elegance, sensuality and rigour.¨- Arturo Obegero

The collection is named after Arturo Obegero’s grandmother and the designer’s upbringing in Northern Spain, which is the protagonist of his creative process. Having grown up in a matriarchal Spanish family ruled by togetherness, Obegero himself is deeply inspired by relationships and emotional bonds and as such, this collection is a self-exploration that allows him to affirm himself. It is an exaggeration of his own personal style, at the crossroads of sensuality, sexuality, androgyny, and purity. 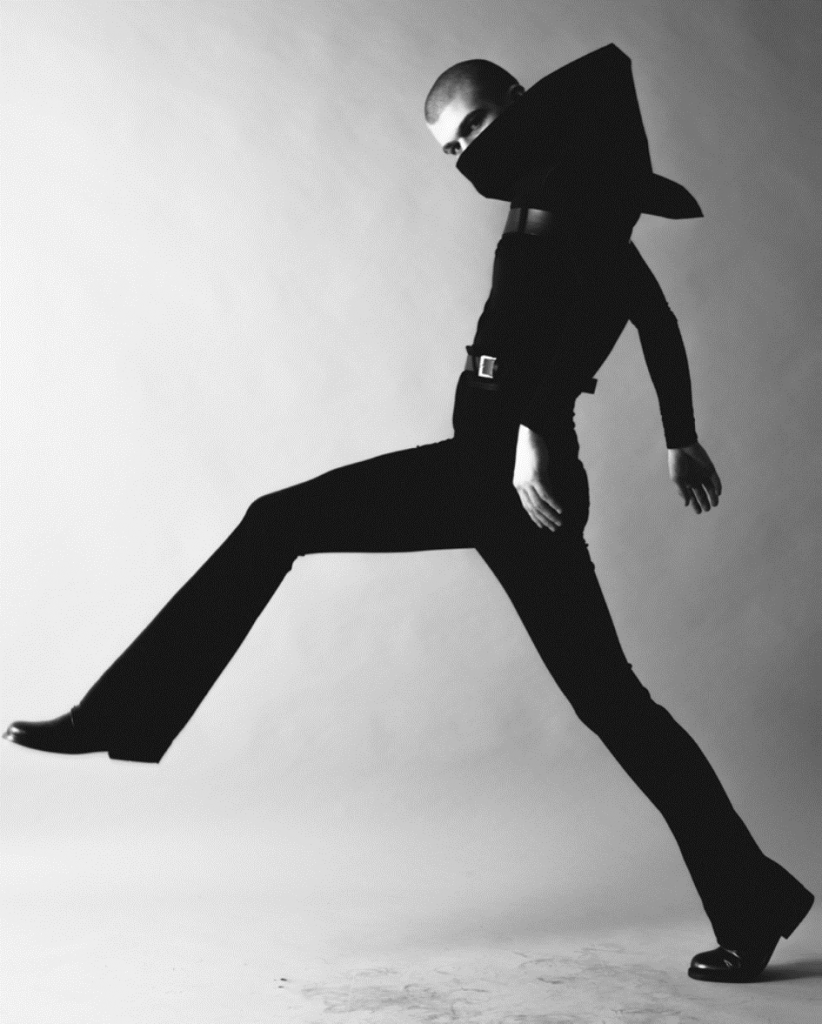 The collection was partly inspired by Pedro Almodóvar’s 2011 film ´The Skin I Live In´, with which Obegero deeply connects with emotionally. “I loved the brutal romanticism of the movie and its extremely twisted, almost perverted fascination for love, obsession and sex. The cinematography, the score by Alberto Iglesias, and the artistic references really spoke to me as a creative narrative.”

Whilst ´obsessed´ with the film, Obegero maintained a written correspondence with Pedro Almodóvar – who then sent him research material: a signed book, the script, photographs, and texts. “In one of the texts, there was a metaphor comparing the relationship of the characters in the movie to the dance between a bull and bullfighter, and that really struck a chord within me.” 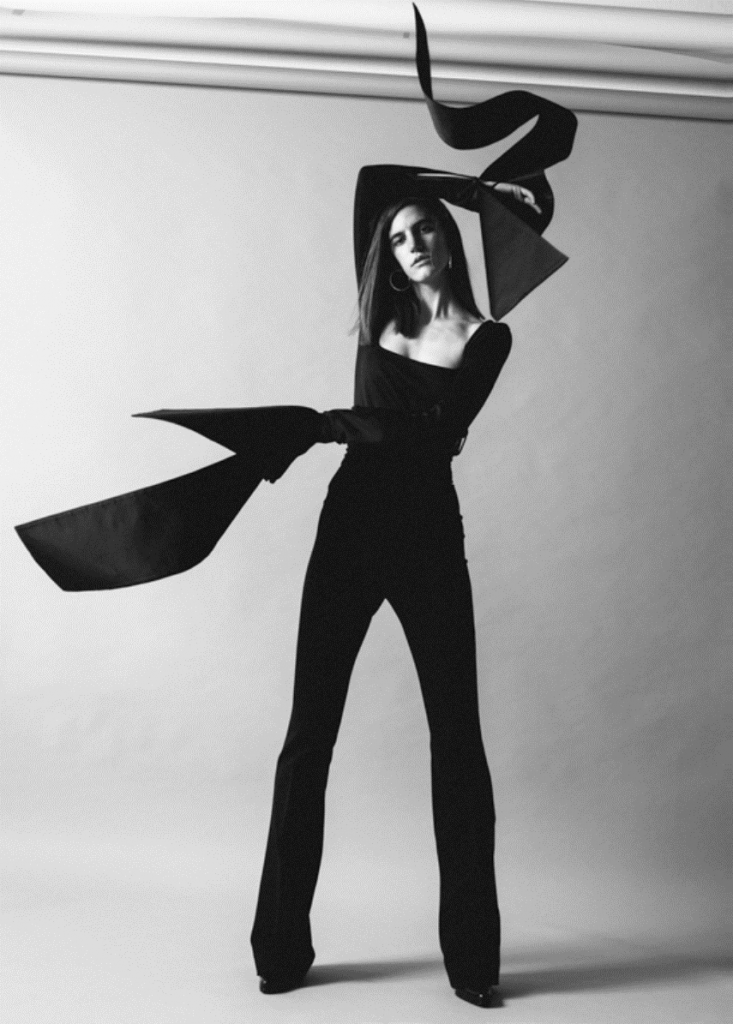 The Structure & Elegance Of Movement

In addition to bullfighting, Obegero also delved into the world of Flamenco to influence his collection. The Spanish dance exudes energy and power as well as sensuality – elements also present at the core of the designer’s work. Dancer Antonio Gades is a constant inspiration for Obegero who admires his passion and severity on stage.

¨Aimed to create sensuous pieces while expressing the soul of his Spanish roots, Obegero wanted to translate these beautiful emotions and gestures into garments by combining structure and fluidity with closeness and traditional couture volumes.” – Charles Daniel McDonald

“Flamenco embraces every single aspect of our life; from the happiest and most cheerful celebration of living and love to the darkest and most furious expression of sorrow and passing. All of these emotions can be narrated with garments – so that’s what I tried to do in this collection.” 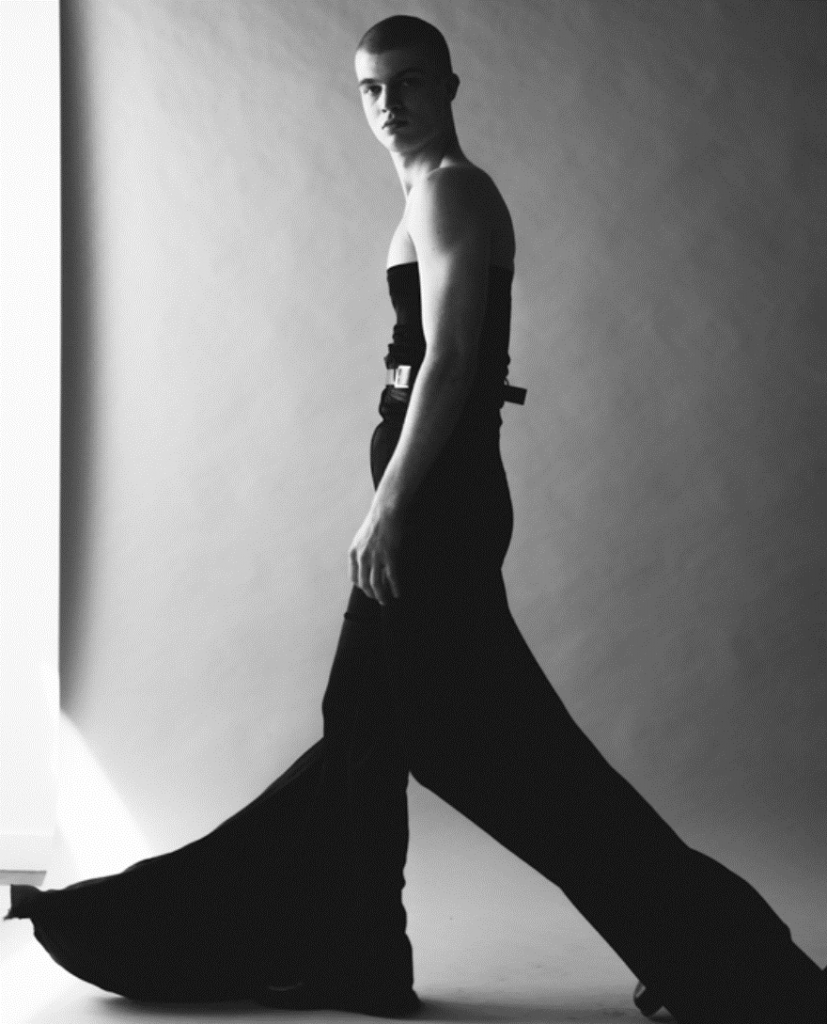 “I wanted to focus on the essence of the line, so that’s why everything is black. Black is the ultimate colour and the most powerful. I chose it not only because it represents the ostentatious sobriety of Spain, but also as homage to my grandfather who passed away three weeks before I finished this collection.”

Palmira is a mix of fantasy and reality and as such, Arturo Obegero gracefully plays with fitted silhouettes and adds a dose of drama with exaggerated volumes within this collection. Palmira is also about confidence and self-exploration as the collection flirts with androgyny across several pieces. Each garment has its opposite-sex counterpart, so that duality generates ambiguity and blurs the line between masculine and feminine, whilst remaining visually distinct. But ultimately, Obegero´s latest aesthetic is about Spain’s cultural dichotomy and the bringing together of the exuberant flamboyance of the South and the rigorous severity of the North.