If you are not already familiar with the Insta-famous Chani Nicholas, then take time out for some literal ´enlightenment.´ The LA-based astrologer was born in British Columbia, where from the early age of 12, she started to show a keen interest in horoscopes after being gifted with a reading kit. Three decades later, she has submerged herself into the realms of social justice, spiritual healing and investigating how the human race is influenced by planetary movements.

It is up to you to take what resonates, what works, and leave what doesn’t – it’s a guidance, not a hard and fast prophecy for self-development. – Chani Nicholas

42 year old Nicholas´ ethereal talents have been showcased across a spectrum of portals; a series of self-made memes, workshops, pronouncements, Spotify playlists and one lined mantras as well as her feature monthly horoscope readings ( which always take place on the turn of the new moon) and a 250+k Instagram following. It´s this eclectic mixture which has seen her achieve a cult-like following among the fashion world – enchanting clients such as fashion DJ Michele Gaubert, singer Lizzo and Chanel makeup-artist Lucia Pica, some of which, she was keen to discuss in her most recent interview. 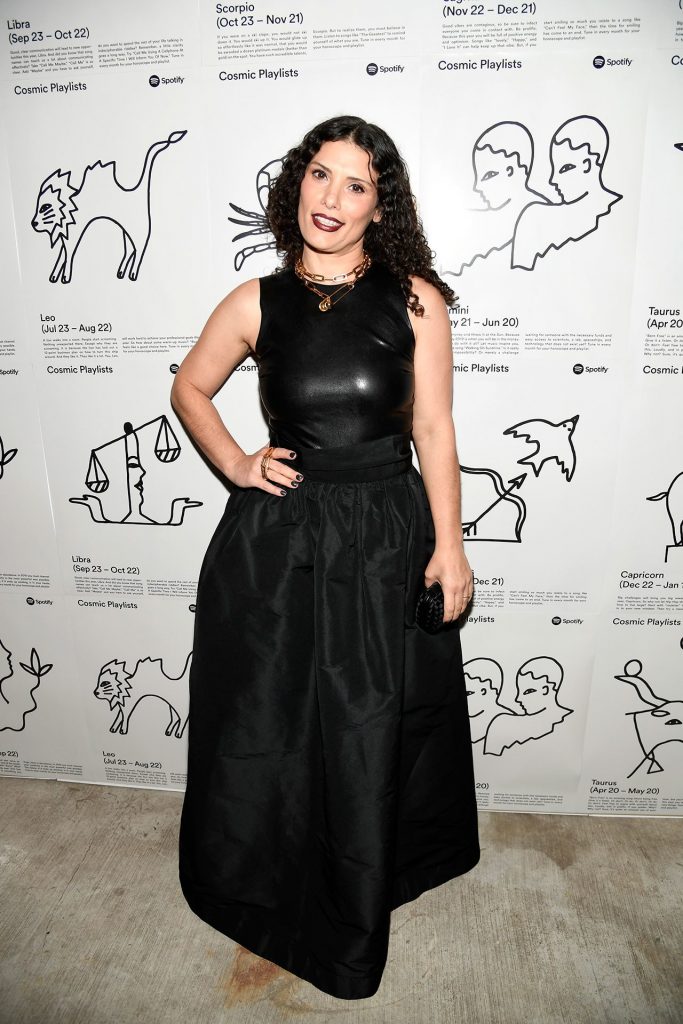 Chani, you do more than just a monthly horoscope for each sign?

Yes. Every month I do a new moon workshop and go through the astrology for each sign – new moon to new moon. I look at the lunar cycle for each sign and give people auspicious times to work with and rituals for the new moon. Most of those are focused on people’s healing and self-development. I offer meditations and writing reflections and readings for them. I also teach courses that are about your astrological chart. One of my main passions is to give people the tools to learn how to understand their own chart. Readings are really great to get from an astrologer, but nothing is as fulfilling as understanding how the planets work with your own chart and how to work with them, and it unlocks an incredible amount of agency.

Did you always want to explore the world around you?

Yes absolutely. I’ve always been engaged in environmental movements – I grew up in a small town in British Columbia which is beautiful and surrounded by nature. I grew up feeling connected to the world. It was a radical community that was very anti-institution and corporation. Before I became an astrologer, I worked in community centres, with queer and trans youth, I worked with community planning.

So always care-giving jobs. Why do you think astrology has become a bigger part of people’s lives in the past few years?

I think it’s something that we have been able to have greater access to. The major world religions come from societies where people were living in according to nature, and time is marked with a lot of emphasis. In Judaism we celebrate the new moon – every month it is celebrated. We are lunar people. Before major religions we were living in places where there were temples to the moon – human beings come from a solar / lunar system and understanding of the system. Holidays, Christmas, Easter, are clustered around equinoxes for a reason. The marking of time is in our DNA, and I think people are hungry for it again. And astrology helps you do that.

Why do you write affirmations for the new moon rather than the standard horoscope?

The new moon is a good time to reset, refocus your attention where your power is and staying with that. As the new moon moves into a full moon hopefully those affirmations grow into.

Do you worry about getting things wrong ever?

It’s not about being right it’s about being helpful and providing people with space for reflection. You can’t write for 1/12th of the population and it be right. But what I can be is useful. I can be a place of refuge or reflection. Horoscopes are not astrology, they are a little offering, an amuse bouche of the whole meal. I always say take what works for you and leave the rest, it’s not written in stone.