Felix Mas has enjoyed a vibrant success across the international art world. Born in 1935, in the Catalan capital of Barcelona, he began his initial studies within the fine art world at the city’s famed college of fine arts, Sant Jordi. After a period of military at La Vall d’Aran, Mas returned in 1957 to apply his talents at the Spanish art agency, Seleccions Ilustrades. It was here that he engaged in commissions for a variety of projects such as romance comics Valentine and Fleetway. He continued working within this genre to draw for detective story Lt. Kane for T.V. Heroes. During the mid-60’s, he worked in Northern Europe and Scandinavia as an illustrator, before returning to comics and working with D.C. Thomson’s Romeo in 1969. 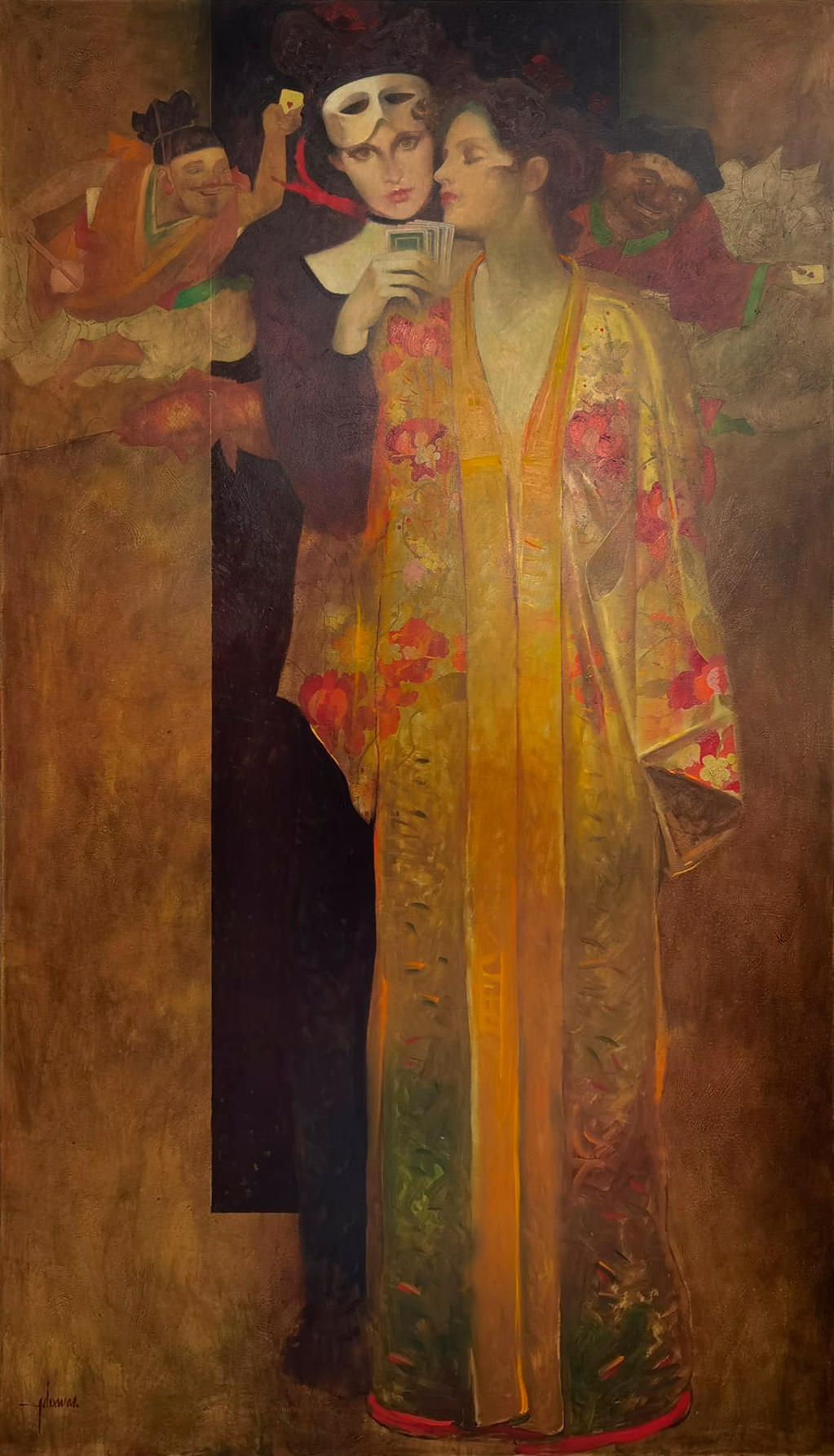 Mas was contracted by Warren Publishing from 1972-75 and during his tenure, he produced around 17 horror stories for cult magazines Creepy and Vampirella. The Vampiress Stalks the Castle at Night from Vampirella #21 was incorporated within the list of top 25 Warren stories in the book, The Warren Companion by David Roach. After commercial success, Mas left Warren, where he stopped producing comic work and moved to Venezuela with his family. It was here he chose to focus on painting and a lifestyle which would take him to the cosmopolitan climes of Florida, a whole new client base and an increased passion and control of colour.

‘Felix Mas has always possessed a passion for art since his childhood and developed his fine art and illustration skills as he matured into adulthood. An attendee of the Reial Acadèmia Catalana de Belles Arts de Sant Jordi, he received a great deal of traditional training which is reflected across his works. Mas has also travelled extensively across Europe and the United States which he says has enriched his perspective and skills.’ – Charles Daniel McDonald

Felix Mas is an internationally recognised fine artist and famed for his artistic portrayals of “sensual elegance.” The majority of his works are dedicated to the female form as the subject matter, in a style which has been hailed as intoxicating and alluring. His works take inspiration from a multitude of travels and cultures, with influences from the historical grace of ancient Egypt, Rome and Greece, through to the fashions of India and the richness of Japanese woodblock prints. 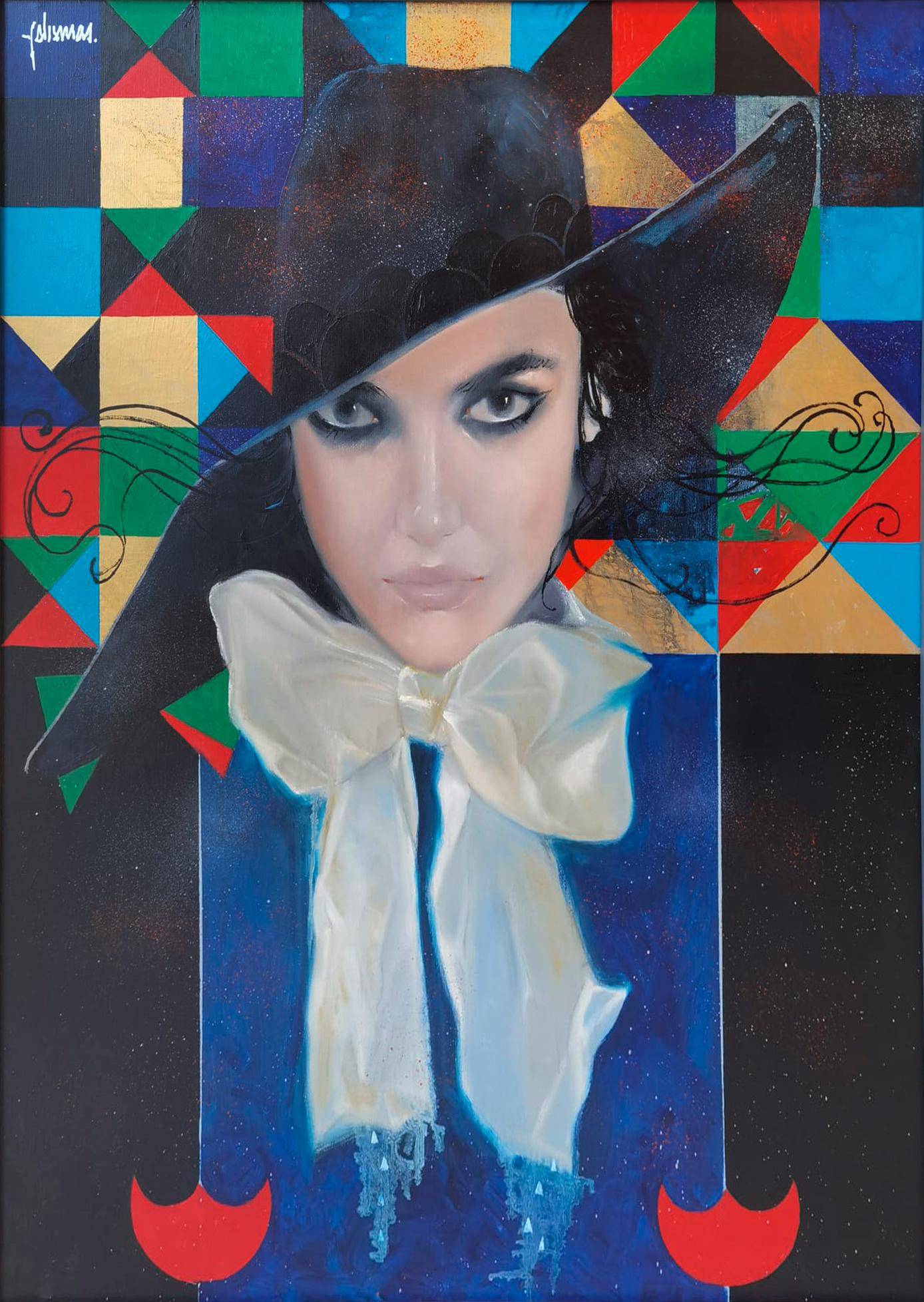 The method in which Felix Mas selects colours for his artwork is quite unique, with many of them being personally created using natural pigments. His vibrant and controlled use of colour within his paintings act as expression of the emotion of his work, notions which are evident upon a multitude of mesmerising glances that are derived from the complete beauty and breath-taking intricacy of his work. Whether it is a woman adorned with iridescent gossamer butterfly wings or one clad within an imposing magenta kimono, Mas truly knows how to capture the grace and femininity of his subjects with a depth and passion that is unparalleled within his genre.

‘Mas’s inspiration comes from the diverse array of beautiful women he has encountered throughout his travels. His works are particularly influenced by ancient Rome and Greece, as well as his travels to Asia, Egypt, and India. Each of his subjects are painted using a precise elegance which is enhanced by a vibrant backdrop, carefully thought out to add a narrative and individualised flare to the central figure.’ – Charles Daniel McDonald

The talent of Felix Mas can immortalise a woman’s soul and beauty on canvas in a way that very few artists can translate with such complexity. His work is subjective and left intentionally up to the viewer’s own thoughts and translations. Mas currently lives between La Sénia and Barcelona, where he still indulges his passions on a daily basis, both on canvas and on his digital platforms. 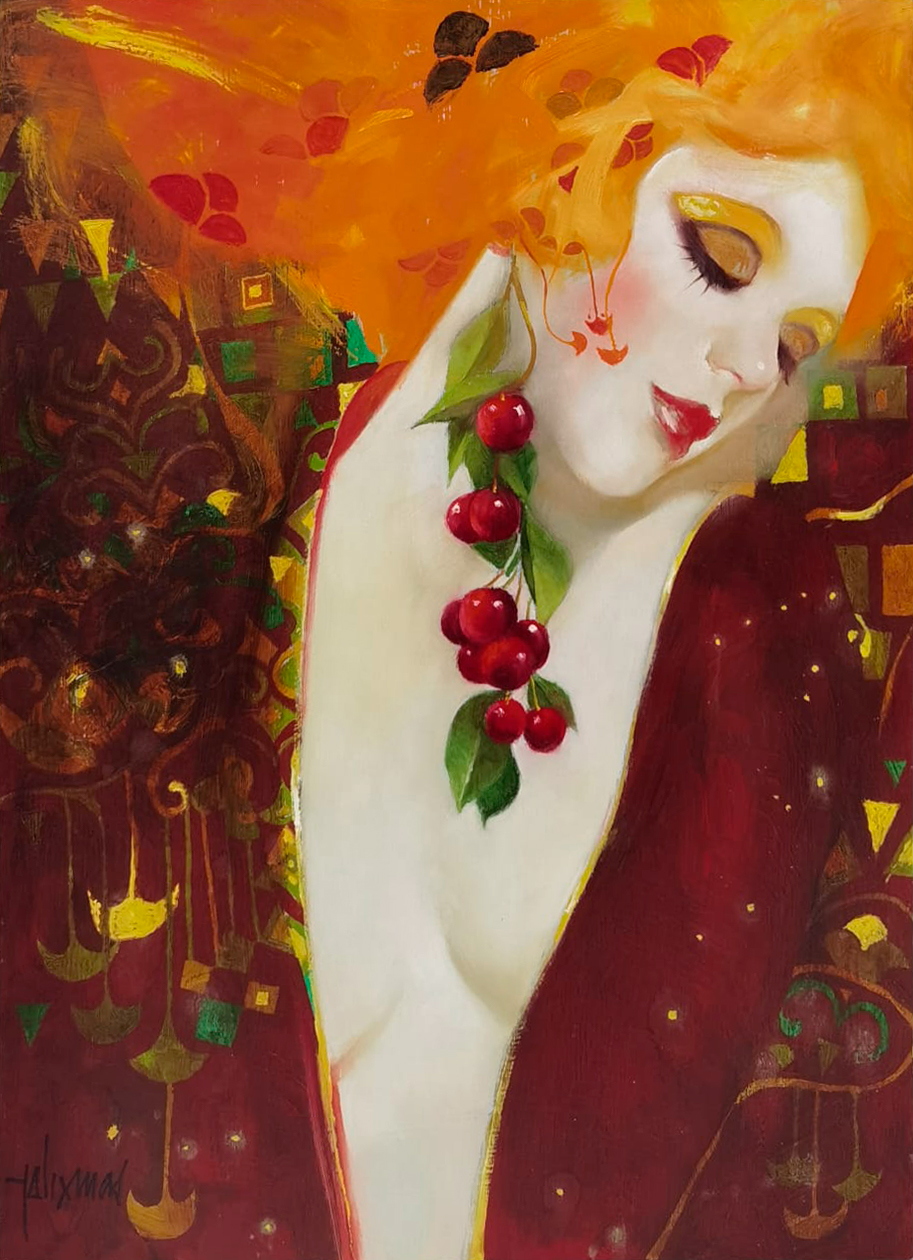 You can discover more about the works of Felix Mas through his latest feature interviews (one & two) for World Radio France and on his official website and social media channels.