Military style and inspiration from the armed forces has been a running trend in male style for many years. Current wardrobe staples such as the perennial t-shirt started its life as underwear for sailors and even the trending jacket of the moment, the bomber, was designed to keep pilots insulated whilst flying. With regards to the trench coat, well the name says it all.

Thanks to current street trends, military influences keep popping up each and every season. From Valentino to Balmain and Calvin Klein to Zara all top design houses are jumping on the latest trend of the field jacket as this seasons utilitarian, multi pocketed outerwear essential. Being a stickler for conformity, it is no shock that the colourways of the militaira are predictably consistent, thanks to their neural tones such as khaki which can complement practically every other colour in your wardrobe and have been excellently reinterpreted by all the designers this season.

“Khaki looks especially good with black, so dress it down with black denim whenever you can. For a more ceremonial theme, a combination of brown and white will give a clean, formal look to every type of outfit ¨ – Charles Daniel McDonald

The military heritage of the colour green (in all its shades and styles) means it works very well within the category of urban style trend. Adding utilitarian elements of pockets, working fabrics and zips means help to reinforce the trend, which has made yet another emergence on the catwalks in as many shades as there were items for their new model armies’ seasonal style.

The M65 jacket was one such item which made yet another comeback, this time adorned with pleats, patches and cuts to present a look of protesting against the war, rather than fighting in it. Green was also seen on the catwalk of houses such as Valentino and Yohji Yamamoto. It appeared on all apparel from suiting to jackets and patch pocketed karate coats (as seen in Craig Green). With such variety on offer today, there’s a multitude of ways to make green less orderly and here are some top tips;

Men’s fashion may be pointing towards more ample directions, but baggier styles are best left in the officers’ mess. Milan recently showed us that there is still a strong army trend which was also presented as part of slimmer silhouette. London legends, Burberry took this shade in a typically smooth, British direction, with figure clinging two piece suits that were subtly green enough to distinguish you from your colleagues. Other designers went onto channel this aesthetic with a consummately tailored lounge suit in linen, completing the look with a pale blue shirt and natty brown suede shoes. 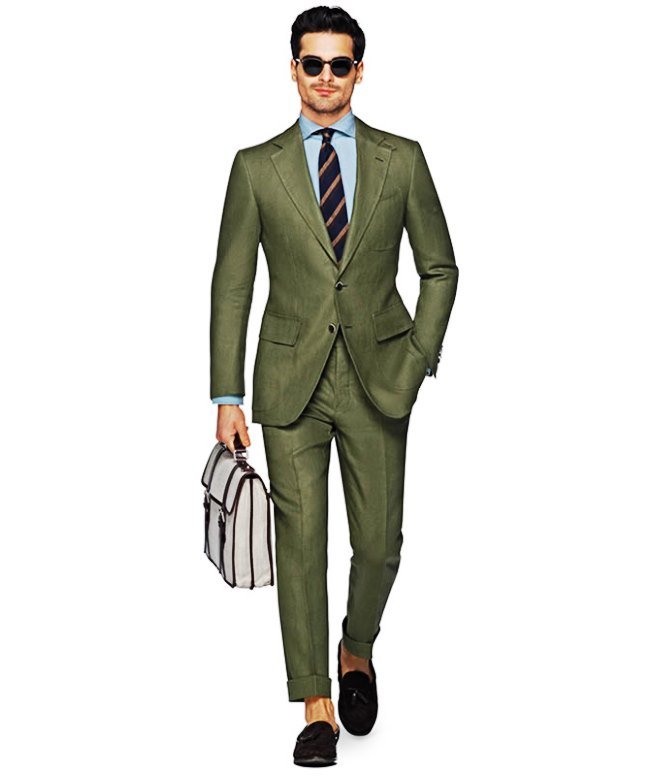 A New Leaf For Colour

If your tailoring tribute is looking rather tired, then green is the most understated way to jazz things up, especially the olive green options which are a great alternative to the pervasive navy and grey tones that dominate these wardrobes. As this olive tone is a little rarer and less formal than its other counterparts, it sets a good precedence for breaking established rules. Pairing these suits with a Cuban collar or granddad collar shirt will afford you a look that presents a laid back summer style and allows the combination of several trends to be achieved without breaking a sweat or breaking the bank. 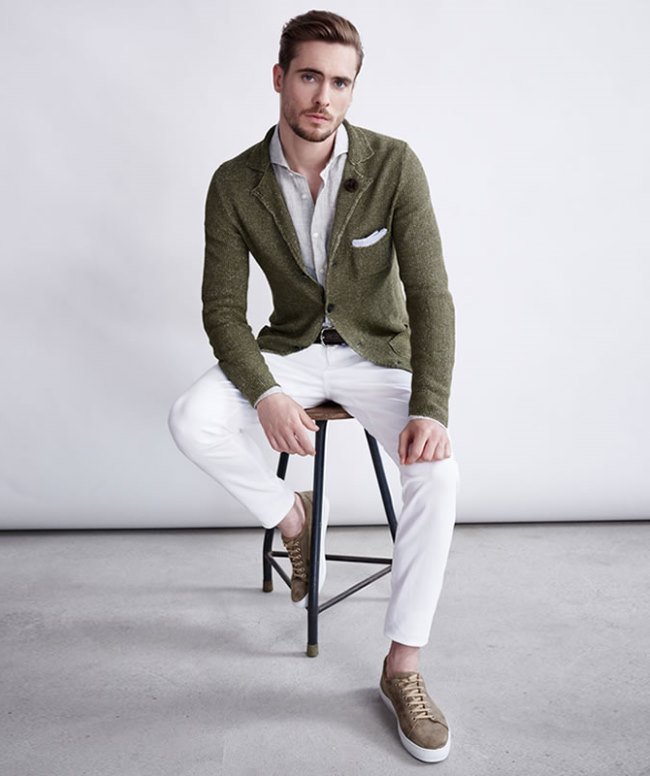 All Things Green – Inspiration From Nature

From the turn of the century, monochromes have always been a great choice, but during the heady heights of summer, blacks and greys should be left to the barbeque while personal style should shine through in tones of green broken up by crisp, pure white. Khaki is easy colour to wear and looks stupendous as a complete outfit, especially if you mix up different shades. For conforming colours, try to create some interest in print and shape for an aesthetic accreditation – think oversized items, asymmetrical cuts or geometrical patterns added into the equation. 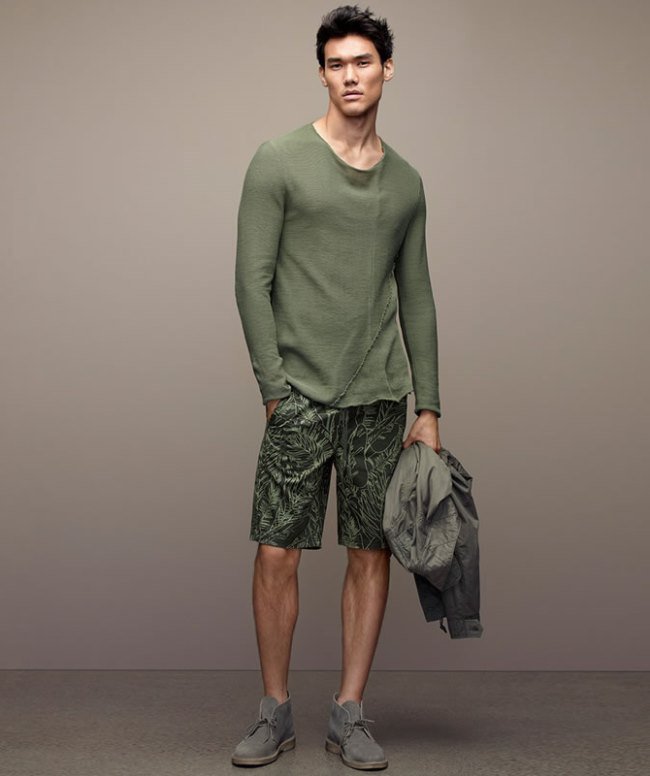 The Legacy Of Legs

Green presents a perfect foundation for introducing paler shades because its darker tone as it allows the lighter, whiter colours to burst out, making the marriage of khakis and chinos and ideal one as an easy style tip. You can switch into chinos wherever you would normally pick denim, making this an easy way to invest in the colour. Their neutral tone will also match easily with almost every shoe, from a pale sneaker to a deck show for the ultimate in flexibility. 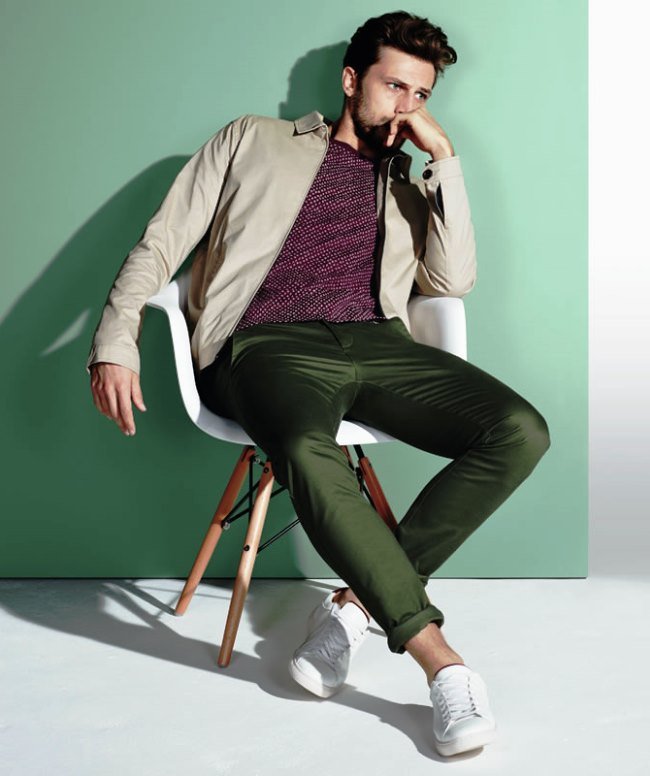 The Walk Of Style

Softer greens are always easy to wear for all the right reasons. Even in the army, they are selected for their excellent blending and concealing camouflage properties, so if you are looking to stand out, up the tones a few notches higher to deliver more dazzle. Classical compositions such as an emerald green V-necked jumper paired with stonewashed jeans, a white button-down shirt and a darker overcoat will catch the eye in an understatedly sophisticated way. This colour trend can also be used in key accessories such as ties, handkerchiefs and pocket straps to add depth, interest and details to more solid, monolithic colourways and outfits. 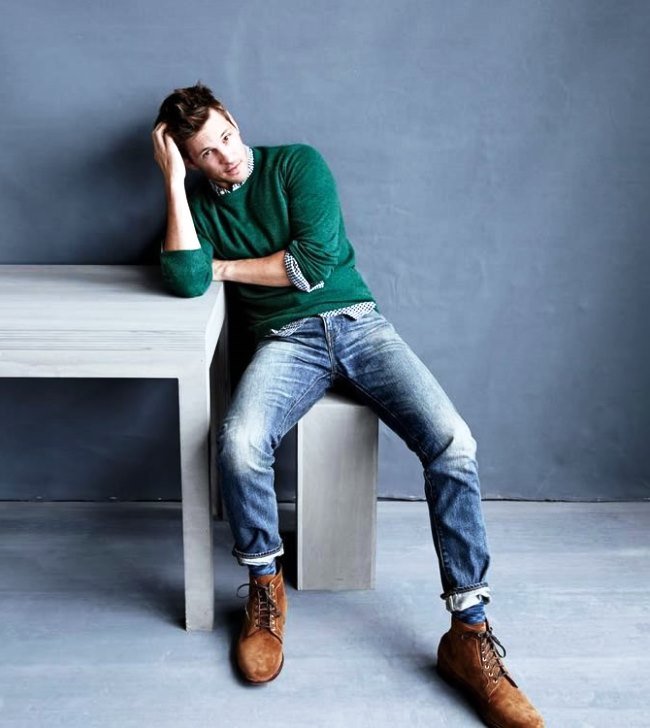 Military inspired clothing is not only practical, it also looks especially good when teamed with alternative trending colours such as olive green which help to revitalise this long-standing favourite trend for yet another year.