It was 2014 when Olivier Theyskens left the runway scene, and the fashion world was in shock. Consumers, critics and customers who had been seduced by the Belgian wunderkind for the last 17 years were left wondering what would become of the ´Gothic Romantic´ who from the age of 20, began designing iconoclastic yet glistening wearable works of art – including Madonna´s famous canary yellow offering from 1998 and Irving Penn´s 2004 portrait of Nicole Kidman for Vogue. Needless to say that when Theyskens returned to Paris after a two year sabbatical, the fashion community speculated about the type of name-sake collection he would no doubt showcase in the next seasons couture celebrations.

¨ From the dark romantic side of his early designs which brought him world fame, to the new vision of couture he instilled at Rochas, his mastering of textiles and cut at Nina Ricci, his American adventure with Theyskens’ Theory and the re-launch of his own brand Olivier Theyskens, the silhouettes on show all display the master’s hand.¨ – Charles Daniel McDonald

It was actually some three seasons later when Theyskens made this much anticipated return to the public eye, but this time it was thanks to a complete retrospective of his work at Antwerp´s MOMU fashion museum which plays host to ´Olivier Theyskens – She Walks In Beauty.´ This retrospective traces the past 20 years of the Couturiers journey – from the malevolent, artisanal offerings from his eponymous 90´s label to his moments of rare beauty and romanticism from his times at Nina Ricci and Rochas the decade before; as well as his time across the pond which saw him seduce the American market with his sober silhouettes at Theysken´s Theory at the turn of the decade.

Here, Theysken´s talks candidly about his relatively short career in the public eye, turning 40 and what Paris should expect from him on his permanent return. 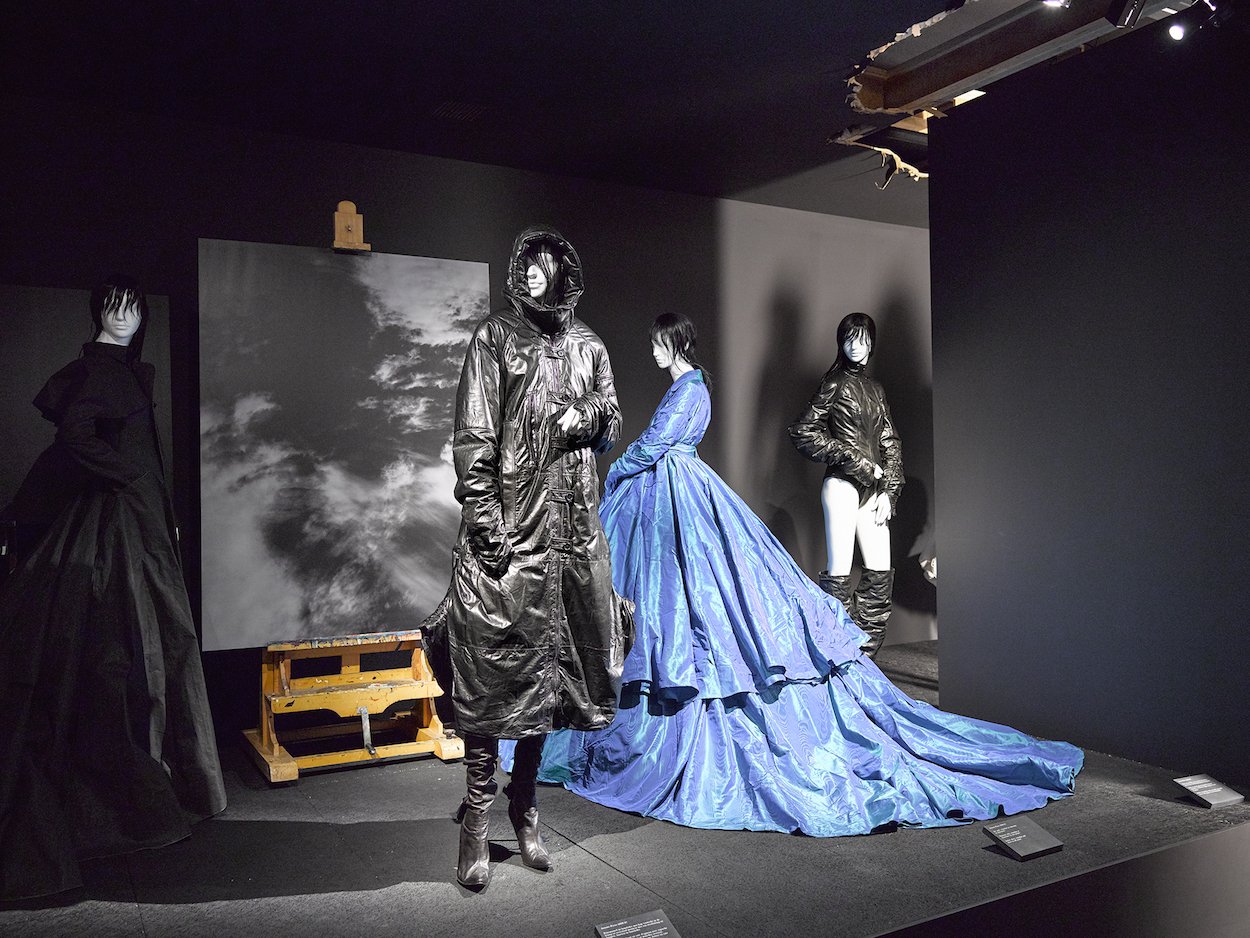 ´She Walks In Beauty´ Exhibition At MOMA

Retrospectives offer a deep look into a designer’s Magnum Opus. You’re still a young designer with more to come. Why is now the right time for a solo exhibition?

It took me months to understand that it was going to be an exhibition of my work. When the museum approached me about an exhibition, I said, “Let’s think of a theme.” They said, “No, we want to do it on you because you started working exactly twenty years ago in 1997.” They wanted to show my experiences as a designer from what I did at my own brand in the past to what I did at Rochas and what I’m doing now.

I don’t think there is a perfect time for doing this kind of thing. The right people were on the project and their vision of the exhibition made sense. I’m also happy that it’s happening here in Antwerp. I started my career in Belgium and was here for five years. For a small country, people in Belgium love their designers. They’re very excited about their fashion scene.

When looking back, it’s important to remember that times were different. My feelings back then weren’t right or wrong. They just were. I never feel ashamed of anything from the past because my motivations have always been to create beauty and bring out emotions. It’s important to remember your surroundings were different. It helps put the work in context.

When I saw the clothes as outfits on mannequins and I could see the proportions again, a lot of emotions and memories resurfaced. Most of the clothes I did at Rochas and Nina Ricci I hadn’t seen since the shows. They were often traveling because of PR reasons. I was struck for a second and then I got accustomed to them again. I remembered everything about them, the people who wore the clothes, the situations they were in, even the inner construction. We were a super-small team at Rochas. Seeing these clothes again reminded me what a challenge it was for our very small team to bring the maison back. 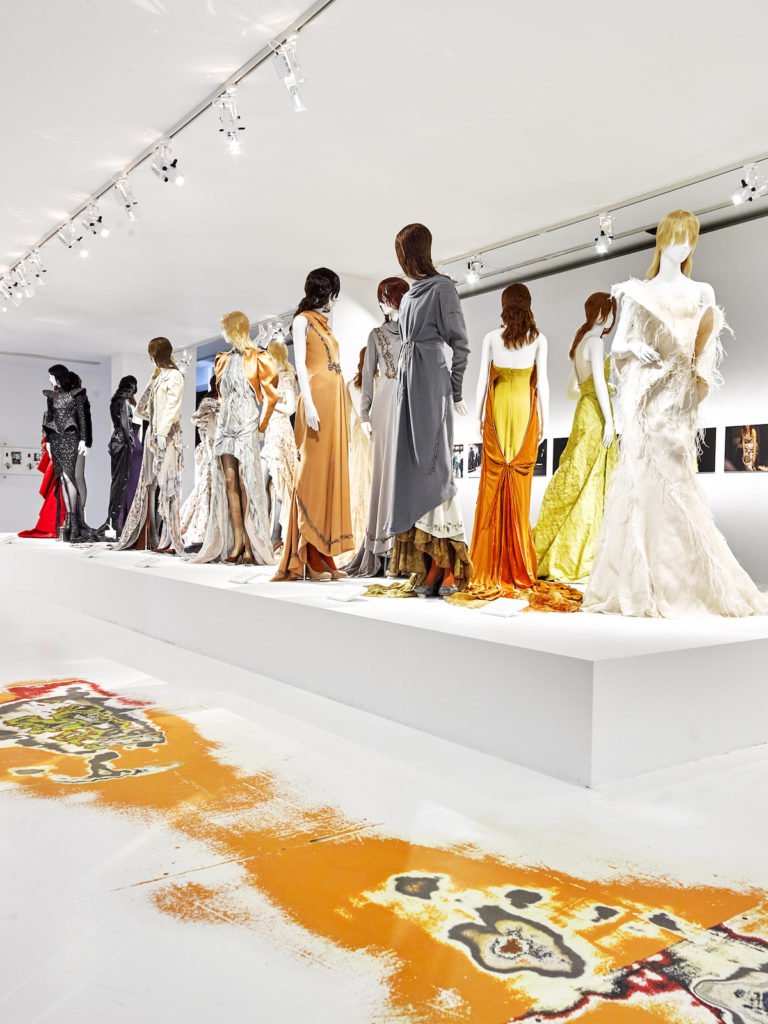 Theyskens Retrospective Of 20 Years In The Public Eye

Can you describe some of those feelings you mentioned?

At age 24 when I started at Rochas I wasn’t totally okay with what was going on in Paris style-wise, which were predominantly edgy, sexy, ready-to-wear looks.. I remember looking at the Paris shows in 2001 and 2002 and thinking that people were not focused enough on that craft and beauty. It triggered the desire to do things in my own way, counterbalance the trends, and bring my own point of view to the city.

What was it that you brought to Paris at that time?

I had this opportunity to explore my vision of French fashion. I wanted to draw attention to gracious, elegant, smart ready-to-wear. All of those values I believed to be modern. I believe that showing that was a modern take on fashion. This is the goal we always have as designers, to think of what we want to create, but make sure it’s still modern and interesting for our epoch. And it’s still what animates me. 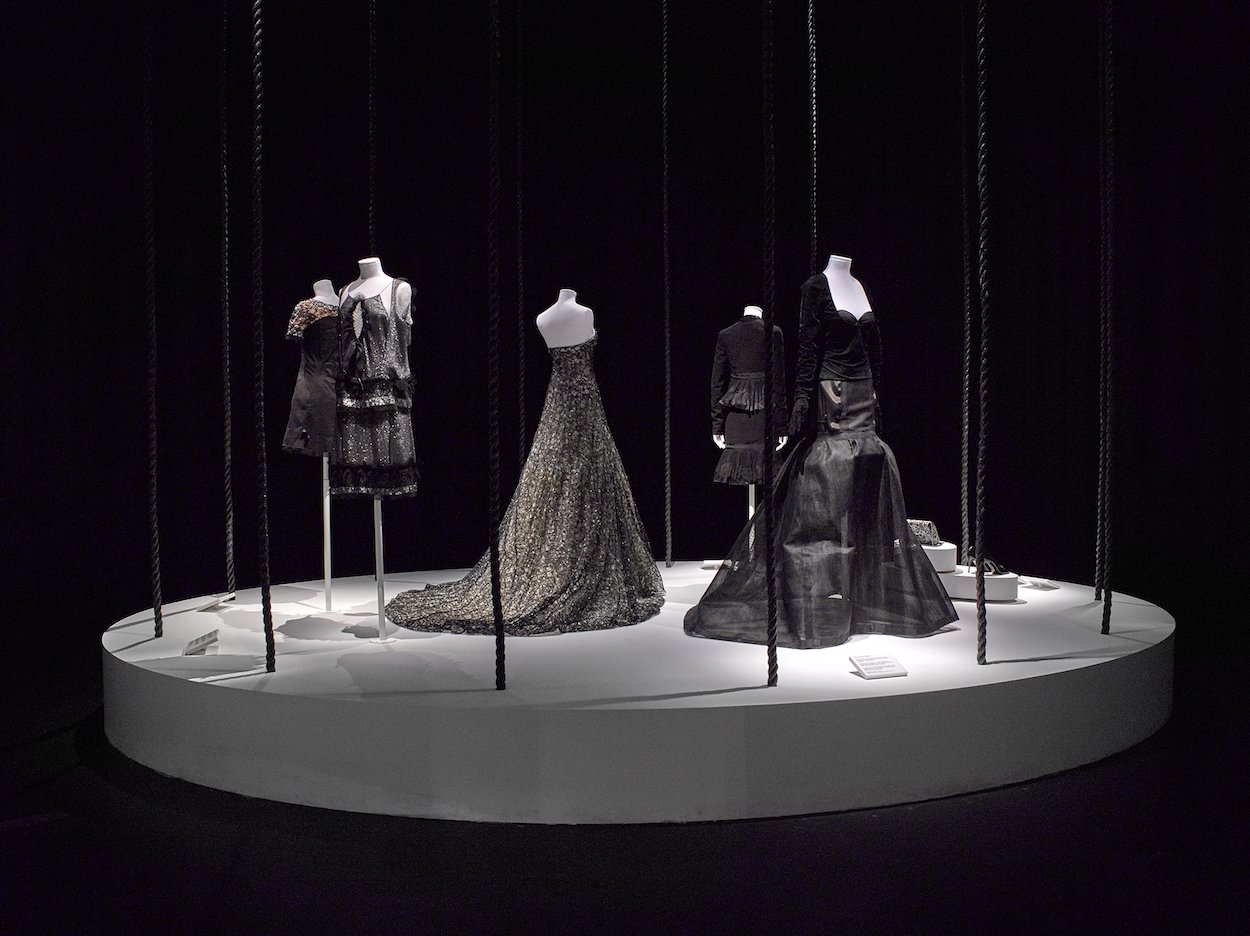 Fashion has changed considerably since 2014 when you departed Theory. With the influx of brands and product, do you find it hard to cut through the clutter?

I have a fashion collector friend who’s working on a book about fashion in the ’80s. It’s absolutely remarkable the number of brands that were around then, but have since been forgotten. I had no clue that most of the brands in the project even existed. Right now it feels like the industry is very full, but it’s always like that.

In the 1960s there were many emerging brands showing ready-to-wear with new proportions and mixing art with fashion. The generation of the fifties lost their language when they saw these designers from London and the U.S. in Paris having their friends model their clothes. It looked like a big mess then, but looking back now the sixties are pretty clear.

It’s the same now. It’s important that fashion not get stuck. It’s healthy for buyers, designers, and media if fashion evolves and changes, even if it challenges their survival.

Your spring collection was met with rave reviews, but I’m sure there was tremendous pressure to deliver a certain type of collection.

The anxiety is in my skin. It’s a natural. The pressure is more intense with each collection I show. But working on my own brand, I don’t feel the same pressure as I did working at a company I don’t own.

As a founder I’m surrounded by people that I love and appreciate. They’re proud to work with me and want everything to succeed. I’ve been able to put things into perspective and work on a scale that I feel is a healthy way to build the future of my brand. I’m taking the time to consider these first collections. They are the fundamentals for a steady evolution.