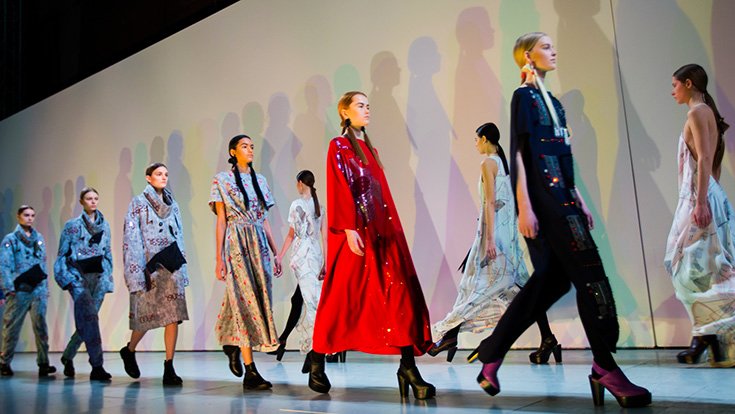 For Hussein Chalayan´s autumn / winter ´16 collection, we received an invitation which would set the scene for an insight into his world, albeit a virtual one with ideas which boldly went beyond the runways and into their own pre-defined reality. A recent partnership with Swarovski saw Chalayan showcase a collection that went from mere spectation to a full-circle virtual experience which harnessed the power of Virtual Reality to identify the new-millennial values of cultural potential, advancement and the metamorphosis of society.

Experience tells us that the essence of Hussein Chalayan is to conceive designs that progress further than the silhouette and fabric; to entice us with notions that take us into the domains of culture, politics and a whole lot more. Chalayan´s clothing embraces an archetypal point of view with a sociological syntax that is interpreted through the sheer medium of fashion – one which goes beyond any aesthete that can be easily or quickly digested. Whilst many designers base their philosophies on the majesty of the metier and the adoration of the aesthetic, he as a fashion maestro, is more concerned with the precision cut and abstract form which he uses as a vehicle to showcase powerful socio-political messages for anyone willing to listen.

Segmented into 8 chapters, each juncture of the show dispensed a narrative about a facet of ; Weight, Yourself Culture, Reconstruction, Germanic Influence, Loss of Self, Chapters Landscape, Wide Reaching and Economic Success all of which were adorned with Swarovski Crystals. His first ideology of Landscape simulated an experience of speeding down a German autobahn, where the signage was embellished with Swarovski crystals displaying fairy-tale words extracted from German folk tales of old. 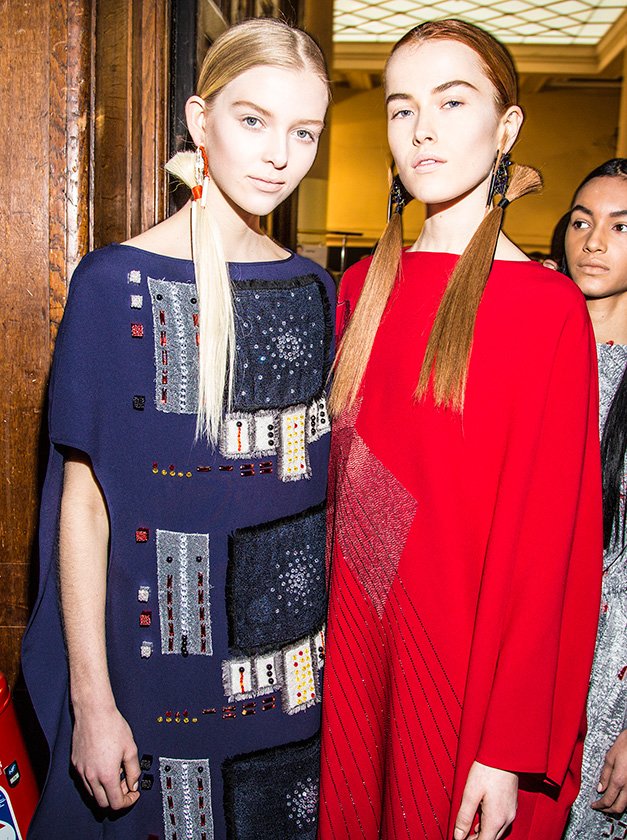 Weight paid homage to the full-on disclosure of the ´chains´ from Germany´s dark past. Incidents from the county´s history were depicted as dark, talisman-esque weights of Swarovski crystal which hung pendolously as feature accessories on the clothes, weighing down the costumes with a tenuous but precise pull. This chapter looked to signify the almost mesmeric state of a country in the grasp of its own malformed shadow.

¨ For Chalayan, this contemporary destination was an internal one which was routed within the cultural mind of Germany. He wanted us to recognise that these fables played a part in the shaping and sharing of Germany´s social landscape which would eventually extend to the world at large. His division between the outdoors and indoors was obscured by tactile jacquard loom-woven pieces contrasting against a backdrop of tangled yet lush Bavarian forests. ¨ – Charles Daniel McDonald

Just as the daylight followed Germany’s dark night, the notion of Reconstruction was organically presented. Swarovski crystals made an appearance again, this time as embedded chains, nonchalantly swathed across cadaverous pieces which were intended as a converse to the new origins and structure of a country now extant with energy. From these initial foundations emerged Economic Success, propelled to near elation by an exponential growth. This chapter nominated a car’s odometer to accredit Germany’s post-war resonance which led us back to the original notion of streaking down the autobahn and into the subsequent unfolding new horizons. 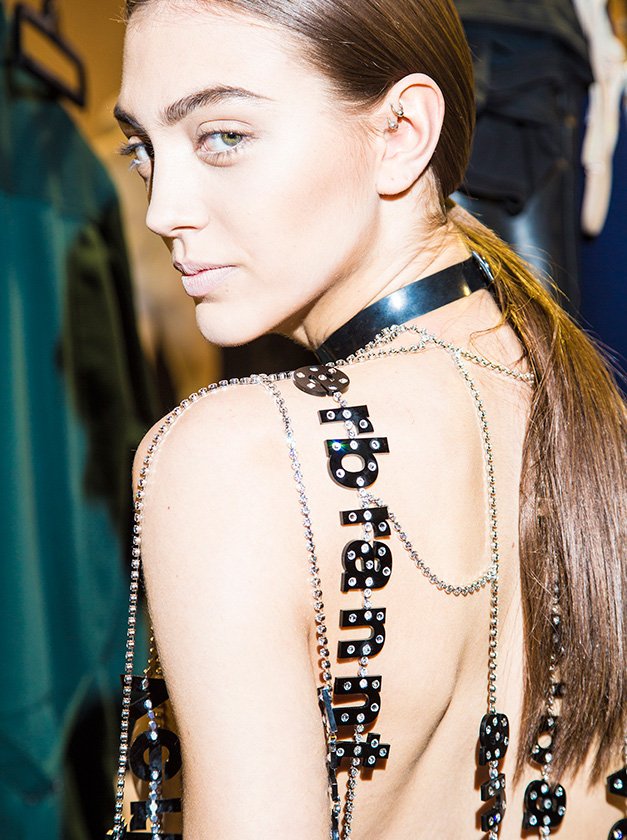 The topic of home craft returned the populous to their handicraft heritage through Yourself Culture. A previous infatuation for the more epochal Burda Magazines left residents with a DIY daydream of bygone vocations which were gratefully coming back into vogue.

With a grandiose recognition to egoic pursuits and an infatuation with logic and reason, the asphyxiation of the instinctive is addressed in Loss of Self, with components that pay adulation to the conduit of the infamous Berlin nightclub scene, conversing to a Herculean lack of fulfilment and a repressed hedonism which was left as its bitter sweet legacy for the next generation.

Chalayan’s enduring collaborations with Swarovski encompassed collections with a number of sensational pieces such as the LED Dress3 (Autumn/Winter 2007) which featured some 15,600 LED´s which were mixed with Swarovski crystals, the astonishing Laser Dress (Spring/Summer 2008) as well as Kaikoku, a buoyant dress that ´liberated´ 50 crystal pollen spores into its immediate atmosphere (Autumn/Winter 2011).

This year’s spectacle was an inventive crystallized observation of the tremors which were thrown out into the Western world from an array of the lowest lows and highest highs of German culture. It was an apotheosis of the previous collections of Chalayan and an affirmation of the capability of fashion to comment, enact and interact on these changes.