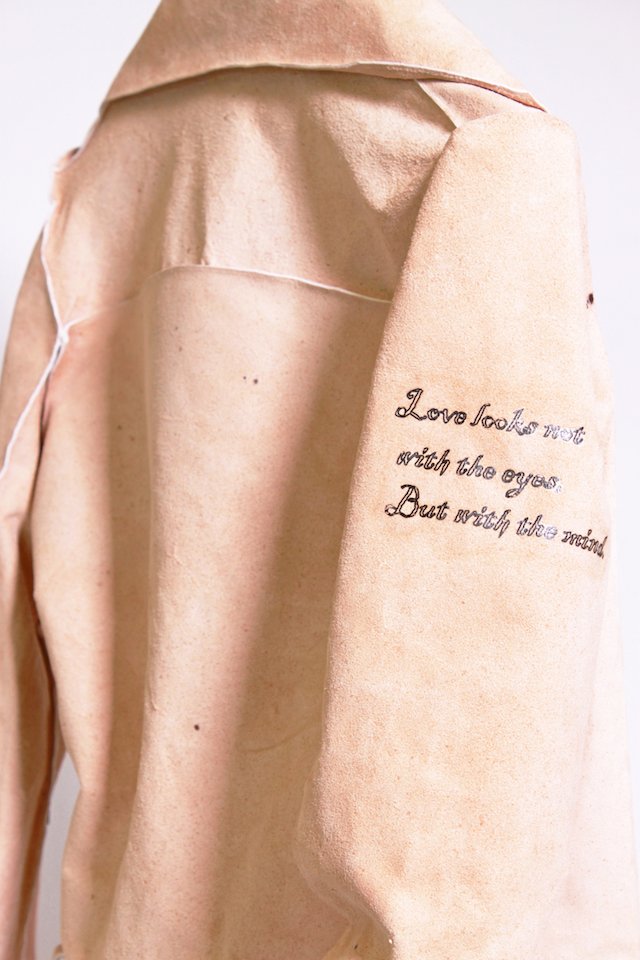 The distorted legacy of Alexander McQueen could carry on in a conjectural fashion concept which was recently conceived by a graduate student from Central Saint Martin´s – the internationally acclaimed fashion school which was also McQueen´s original Alma Mater.

Designer Tina Gorjanc has manufactured a prototype collection of leather goods in designs which she hopes will ultimately be made from human skin ( which would be cultured from McQueen´s DNA) and would act as the foundation for her project and showcase for her graduate collection.

Registered within the ground breaking Central Saint Martin´s ´Material Futures´ program, Gorjanc has been encouraged to integrate scientific research into the fashion design process. ´The Pure Human Collection´ is an arrangement of prototypes featuring leather accessories which were primarily manufactured from pigskin to evaluate whether the technology could be successfully utilised against her hypothesis of “the lack of legislation surrounding the protection of genetic materials.” 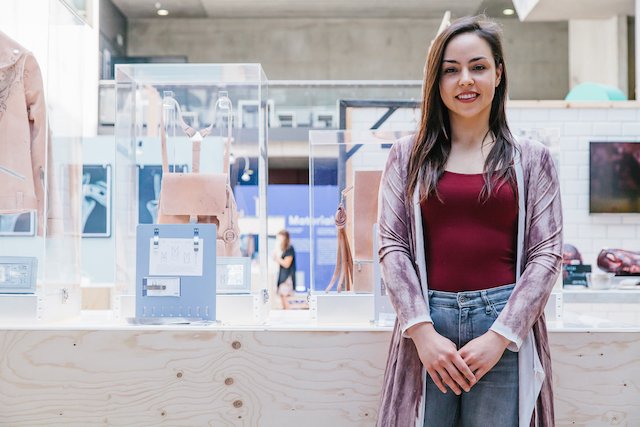 This macabre notion takes it roots way back to 1992 when McQueen was in his final year at Central Saint Martin´s. His sensational graduate collection ended with a show entitled ´Jack The Ripper Stalks His Victims´, where McQueen famously enveloped locks of his own hair into the labels of each piece in the collection.

Moving 25 years on, Gorjanc has made contact with the McQueen collection’s owners in order to obtain locks of his hair for her project; however, they are still to reach an agreement. The aim of her project was to provide a ¨conceptual critique of the legislation that lets organizations exploit human tissue and the ownership of DNA sequence for commercial use.¨ Her studio space pays homage to this dystopian dedication by curating a series of petri dishes in order to illustrate the process by which she would harvest the skill cells.

“I am aware I can’t control the media but at the same time I think it is fair for me to make sure the project receives the attention for the right reasons and not be diminished to just a creepy fashion collection made of human skin from a known personality.” – Tina Gorjanc

In a recent interview with The Telegraph, Gorjanc explained the ´de-extinction´ technique, which is a process in which a liquid ´biological agent´ is added to a hair sample, allowing the experimenter (or designer) to extricate specific genetic information from the hair´s DNA. The information assembled from this extraction could then be applied to biologically reprogram already existing skin and develop a sample of leather material which is an accurate reflection of the exact colour, texture and every other characteristic of the original source, depending on the sample size being cultivated. 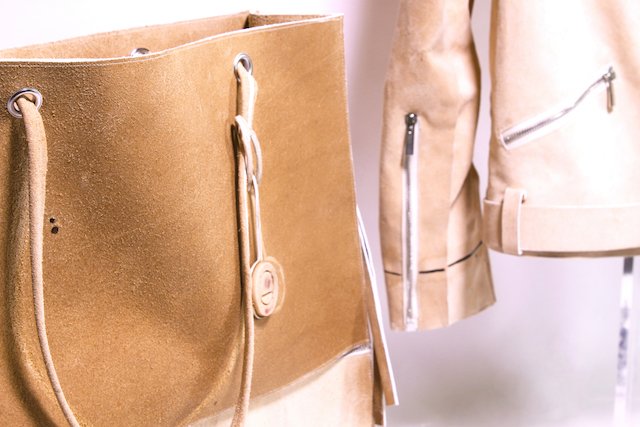 This first part of her realization saw Gorjanc creating a range of leather jackets and backpacks which were manufactured from pig skin, to give a greater understanding of the visual impact that any accessories made from McQueen’s human leather might ultimately look like.

The designer realises however that ´The Creator´s Project´ is not plain sailing and comes with more than its fair share of frustrations. “I am aware I can’t control the media but at the same time I think it is fair for me to make sure the project receives the attention for the right reasons and not be diminished to just a creepy fashion collection made of human skin from a known personality.”

Although her project is still in its experimental phase, with all prototypes in the collection being manufactured from animal skin, Gorjanc is quick to instruct us that there are still many undeveloped aspects of science in this field and that there is still much more to comprehend about skin tissue biotechnology. However, Gorjanc encourages her followers to look out for multi-national, bio-engineering organizations who will seek to exploit and harness this technology for commercial gain within the genetics field. Will all this really happen? Only time will tell.