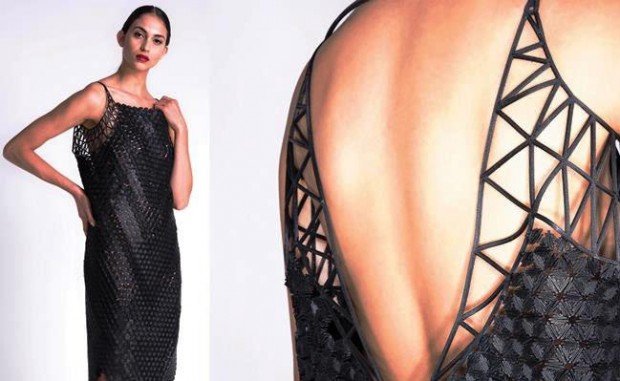 Several months ago, scientists were able to use 3-D printers for the creation of milk bottle tops which were able to change colour when milk expired. Then several weeks later, surgeons in a hospital were able to transplant a skull section into a baby’s head after surgery. However, for everyday commodities such as clothes, this revolutionary type of printing has a long way to go with its application and utilisation. In spite of the many obstacles that textile production can face when produced with this type of manufacture, one fashion undergraduate student from Tel Aviv decided to undertake the challenge, producing a five piece graduate runway collection using a smaller, domestically rated version.

By all accounts, this was a mammoth of a task for a final year fashion graduate to perform. Iris Van Herpen, who has famously blended such techniques into her couture collections for the past several years, served as a main inspiration for Danit Peleg´s end of degree show at the Shenkar College of Design. This type of technology manufacturing is notoriously hard to perfect on several points. Not only is clothing tedious and difficult to print with its myriad of patterns, lengths and connections, but fashion actually does still remain an industry that presents an unwillingness to develop with new production technologies (despite the increasing popularity of these printer) with many designers favouring the tried and tested options needle, thread and fabric for their historic craft. On the other hand, the accessories and jewellery sector is attracting a reasonable amount of interest as their prototypes can quickly and easily be made without the use of main stream materials.

After her recent graduation, Danit spoke of her curiosity and experiences of implementing this new technology. ¨I was always interested in the connection between fashion and technology, so my work was about laser cutting and 3-D printing. I knew from the beginning that my final project would also be about technology.¨ Having had little to no knowledge about the technicalities of 3-D printing never dissuaded her from developing the project to be runway ready. Hours of on-line research and laboratory experience, plus the fact that she ¨ knew that it was a very interesting area¨ enabled her to make detailed observations about the manufacturing process.

Though 3-D printing may seem like a modern convenience or a futuristic tool that simply makes stuff out of thin air, it’s actually still much faster to make clothes the old fashioned way, by the cutting and sewing of fabric – Danit Peleg

Danit´s main challenge was also the underlying reason that so few designers use 3-D printed clothing. Clothing, to a certain degree has a quality of fluidity and movement associated with its fabric and construction, but the final result produced from these 3-D printers gives materials which are stiff and rigid. The recent utilisation of FilaFlex, (a recent filament that is softer and more malleable for material production) allowed her to devise and engineer her patterns on Optitex (a fashion design software package) before transferring it to Blender (a 3-D graphic design software kit). This enabled Peleg to print out sheets of lace-like textiles which she then fused together to form the final pieces.

Nine months later, the final result looks more uninvolved than it sounds.¨It took more than 2,000 hours to print everything, not including the tests and trials I was doing before,” she described. “It’s about 400 hours of printing per piece¨ which calculations tell us she had to use three printers operating day and night to meet her final submission date. ¨All the other students, they were using fabric, so it was maybe easier for them to produce.¨ So, was the final result worth it? She certainly thinks so, and so did her tutors who invited her to showcase at the schools graduate runway show to the curiosity of her peers, professors and public.

With one success story under its belt, will fashion now follow the times and utilise this modern manufacturing marvel on a larger scale with the recent availability of more flexible materials and faster machines? Danit seems to think so and wants to see other designers incorporating the 3-D printing technology into their work. ¨I would love to develop a swim wear collection using this technology, but because of the materials, time and electricity, it is not going to come cheap. I would be more interested in selling the design directories instead of producing complete collections.¨With technology and fashion continuing to grow at an exponential growth rate, the successful application of this business model could finally untie the two and transform how designs are bought, sold and produced in the future.

PREVIOUSRICARDO DOMINGUEZ – THE ANGEL OF ANDROGYNY

NEXTTHE INSPIRATION OF FILM IN FASHION 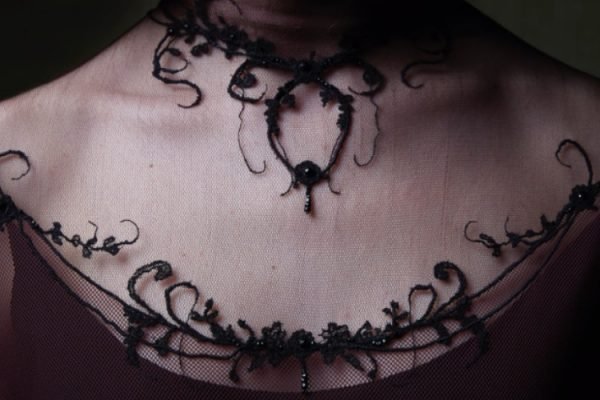