RICARDO DOMINGUEZ – THE ANGEL OF ANDROGYNY 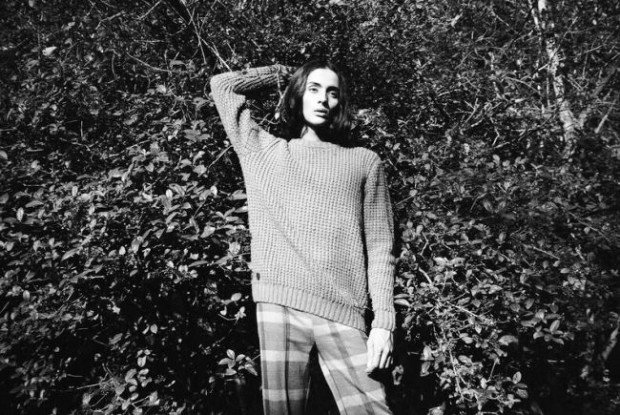 There is a new look continuing to embrace the expanding world of men´s fashion. Muscles, beards and body hair all their associated ´rugged masculinity´ are no longer the normal domains of modern male beauty. Instead, welcome in the skinny, long haired men with soft, feminine features, high cheekbones and bee-stung lips. Thanks to a somewhat revolutionary year in fashion, top designers and fashion platforms are showcasing something unprecedented in the name of ´gender fluidity´ which is reinventing our perceptions of male beauty.

2015 was a year for challenging stereotypes if ever there was one. From Caitlyn Jenner gracing the cover of Vanity Fair, Miley Cyrus proclaiming to the world (though Paper magazine) that she no longer relates to being a boy or a girl and our ongoing love-love relationship with model of the moment Ruby Rose, this is a beautiful period in fashion where anything is possible.

With the evanescence of boundaries and attitudes towards traditional gender perceptions, designers and models alike and flourishing in this world where everything seems possible, but nothing is what it seems. The imminent men’s fashion weeks’ collections will be sure to pack some polysexual punches thanks to previous offerings from Hood By Air and J.W.Alexander and their couture cavalcade of prints, pastels and pretty polishes. Today, it has become acceptable for men to wear women’s clothing and vice versa.

The designers re-wrote these catwalk criterions but it was the models who translated this into the magazines and onto the street. One such germane success story is the 22 year old Ricardo Dominguez, a Columbian male model who works amidst these ideologies. Before gracing the runways of Europe, Ricardo enjoyed a successful career as one of the ´nu-breed´ models in his native Columbia. His acceptance and success within model agencies and fashion houses alike led him to target Paris, Barcelona and London shortly after he left South America. ¨I was very lucky to be sent to Paris, as for me that is the capital of high fashion and style. The model agency there saw my profile on-line, spoke to my mother agency, and away I went.¨

Ricardo has been dubbed a ´Columbian Fashion Pioneer´ by industry observers. The country has been receiving a sustained success over the past few years thanks to its Miss Universe winner Paulina Vega and top design talent such as Haider Ackermann and graduate talents Amelia Toro, Kika Vargas and Paula Mendoza. ¨I open doors for a lot of Columbians, and that´s the good thing about it. There are some really talented people out there looking for their dreams. We have a lot to do¨ he mused.

I develop my daily look and street style as personally as I can. I really love cheap clothes and second hand finds. I do live for fashion, but I don´t spend a lot on my image as dressing does not have to be expensive. It is all about having things that make you feel good and allow you to tell your own story with clothes – Ricardo Dominguez

A diverse and enviable catalogue of editorials and clients now adorn the pages of Ricardo´s profile, both on and off line. Fashion so far, has been an enriching experience for him as he told us ¨I´ve been working on a Dazed fashion film with designer Florian Wowretzko and worked with some really cool brands in Barcelona. The Mediterranean market is really commercial with most of the designers being up and coming young, talents with great ideas and concepts. Saying that, I would not rule out working with established brands like Rik Owens and Alexander McQueen one day.¨

Having a support network of family and friends in London made the transition from Mediterranean living to London life a little easier for Ricardo. ¨I moved to London because my brother is living there with some friends. So, I told myself, why not! Let’s give it a try, and it’s been an amazing experience here so far.¨

A candid comparison of how the British fashion industry sits against the Columbian one makes for an interesting observation from Ricardo. The British management structure of the model agencies and design houses have the power to make quicker direct decisions with better results. ¨Comparing the UK industry to Colombia is quite interesting because you see all the power that everyone has in terms of decisions. In Colombia we only go to one person in an agency which is tedious. But, in the UK there’s different people doing different tasks. This makes things a little harder for me but also more interesting as I want to be better.¨

As well as acquiring air miles, Ricardo has also compiled an impressive portfolio. Publications such as Bon, Fucking Young, Jute magazine, Manko and Dazed garnish his highly alternative portfolio from his European travels. ¨I arrived in London a few months ago, so I haven’t been as pro-active as I should have plus the fact it´s Christmas time. So far, I have worked on three editorials and a fashion film plus possibly I will have some work for London Fashion Week Men´s Collection, so let’s see. At the end of the day, I think that even although I’m a self-conscious Colombian model who has made great progress over the past years, I still am not showing my full potential to the industry yet, which makes me very excited.¨

I am completely direct on my social media profiles, especially Instagram. My followers get to see the real me. Funny stories, backstage parties and how I view the fashion industry from my eyes. Plus singing, I love to sing! -Ricardo Dominguez

Thanks to the effectiveness of social media and applications such as Instagram, a models on-line presence can showcase their working profile to the world. Top agencies such as Select and Storm are now scouting on-line alongside designers such as Hedi Slimane and his infamous ´boy-safari´ castings. Ricardo thought that he feels special because of these factors. ¨I have to work beside, and against a lot of very talented people. With regards to Barcelona, I went there directly, so I did not attend any of the official castings. But from what I have seen of the city, I will be sure to do so for next fashion week castings. It is a very vibrant and creative city with some great designers and there are a lot of opportunities.¨

Finding his daily model management and promotional strategy easier in London, Ricardo achieves most of all his assignments from social media profiles. ¨I was originally scouted through Instagram and Facebook, so this is really what brought me here. I like Instagram a lot for direct bookings as people can see my portfolio. Then for connecting with friends and family, I use Facebook to chat and interact so I can tell everyone how I am doing.¨

Because of the power and popularity of these model-ready networks, Ricardo has been able to achieve high quality direct bookings without the need for a London based agency. ¨London is a great city full of opportunities. For several reasons, I’m not only here to do modelling, I would like to work on other projects and opportunities as they come along. I think my main career hasn´t really taken off yet and I am just starting out on a path.¨

2016 will see Ricardo develop his portfolio further in London by appearing in some cutting edge editorials then perhaps trying some trans-Atlantic luck in New York as well as dropping by his home country to see family and friends. In addition to all this, Ricardo will be featuring in the upcoming edition of Colombiamoda. A prime example of how today´s alternative models can cross boundaries as well as countries in the world of apparel and androgyny.