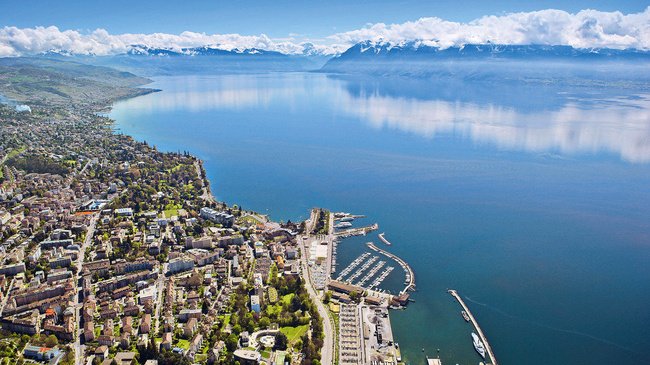 Located at Canton of Vaud, the city of Lausanne is a 40 minute train ride along the front of Lake Geneva, in the direction from Geneva airport. A historic University city with a significant student population, Lausanne now gives way to an effervescent commercial centre which frequently plays host to a multitude of trade fairs, conventions, conferences and an average of 450 free concerts and events per year. The city has been described as a ´slow burn city´, which means once you get to get to know it, you will realise exactly how many things there are to do. In addition to this, a surprising number of multi-national companies are based here as well as the world headquarters of the Olympic Games meaning that visitors to this fair city will always have something new to discover. 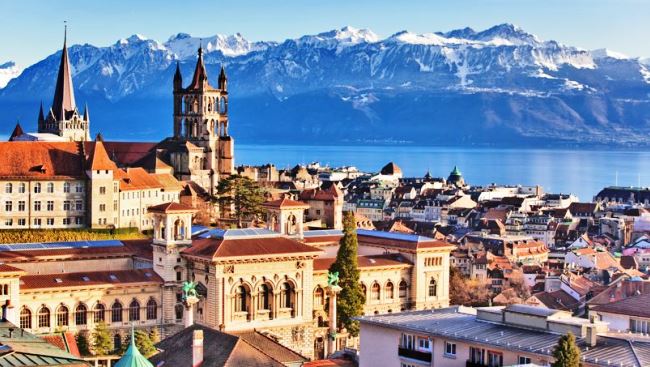 The Breathtaking City Of Lausanne

Lausanne rests elegantly and omnisciently on the imposing higher terraces of the Swiss Riviera. Located just above the North shore at Lake Geneva (or Lac Leman to the locals) this French speaking sector affords breath-taking views of the Savoy Alps across the lakes.  The cities arrangement extends down a steep hill from the medieval city at the top, right down to the bottom shores of Lake Geneva. The historical city centre is a mixture of cobbled streets, pretty plazas and 17th century fairy-tale houses.

¨To discover this old city, stroll along the winding streets below the cathedral; and to enjoy the pedigree of its 18th Century grandeur as a highlight of the Swiss Riviera, pass down to the shore where Belle Epoque hotels encircle its lakeside promenade ¨ – Charles Daniel McDonald

Below historical centre, sits the bustling intersection of Rue Centrale which houses the newly restored warehouse quarter, Le Flon. This area was once a riverbed, but now plays host to modern bars, shops and restaurants. Past this, the main student and residential streets tumble south towards the charming lakefront district of Ouchy, where Lausanne’s marina and the headquarters of the International Olympic Committee are located. All these factors make Lausanne a perfect candidate for a mini-break with an enviable European pedigree. But with such a myriad of places, spaces and plans, it can be difficult to fit all this into a long weekend. For me, these secret seven seductions of Lausanne allowed me to appreciate this city as I sought, thought and bought my way through the weekend;

1. The Cathedral Of Notre Dame

Pilgrims following the route of Santiago De Compostia would stop off here at the Cathedral Of Notre Dame to pay homage to the good Saint James. The beautifully adorned cathedral is home to some incredible pieces of sculpture as well as its famous rose window with 105 panels of beautiful 13th century glass. This is feature juxtaposed by another focal point, a contemporary organ featuring some 6000 pipes for some seriously haunting reverberations. Some of the stone carving and tombs within the central section can be traced way back to 1509 in this early Gothic gem, which thanks to its five rising towers, act as an excellent reference point for the rest of the city. 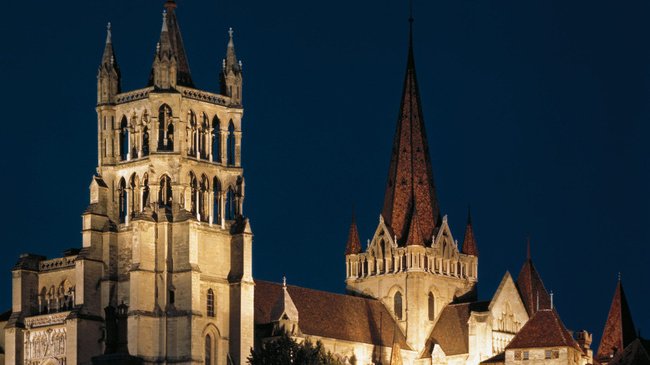 Notre Dame – The Cathedral Of Lausanne

Located just below the Cathedral, the meandering vennels of the old city draw its pedestrians out to congregate on the Place De La Palud, a bustling, eclectic meeting space which also showcases Lausanne´s oldest fountain. Directly in front and above from this, the cities mechanical clock shows animated scenes from local history, every hour to the delight of its spectators. Wednesday and Saturday mornings play host market traders and local produce which sets the street on fire with colour, smell and conversation. 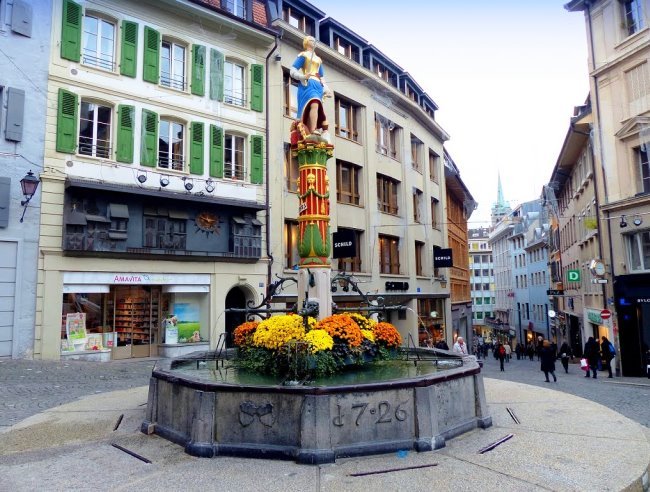 Built in the 13th century, Escaliers Du Marche is an umber toned timber flight of stairs which connects the upper and lowers market levels in Lausanne’s historic quarter. Due to its sheer spectacle, it is one of the most picture postcard sights in the city thanks to its encircling terraces of alluring 16th century buildings. This colonnade is also home to what many locals say is the best hot chocolate shop in the city, the notable Cafe le Barbare, which is an excellent place to enjoy a mid-morning sustenance. 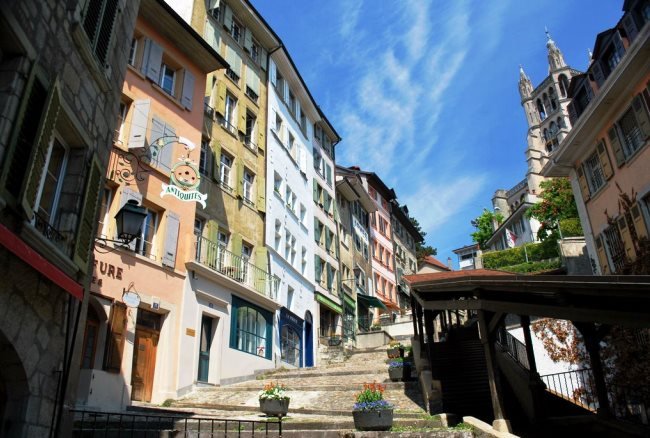 Because of its connections with the Olympic Games, to come to Lausanne and not enjoy its recently refurbished Olympic museum would be a sin. Commanding pride of place at the bottom of the city by Lake Geneva, this interactive and educational experience describes the artefacts and history of these sacred games alongside its accumulated paraphernalia; Olympic torches, posters, equipment and clothing line the walls in pride and order, paying homage to the sanctity and spirit of the games. Thanks to multimedia technology, visitors can re-live great moments from the games and follow their evolution up to present day. In addition to the museum, there is also an exterior lakeside campus with immaculate gardens and sculptures depicting Olympic themes which is ideal to relax and people watch. 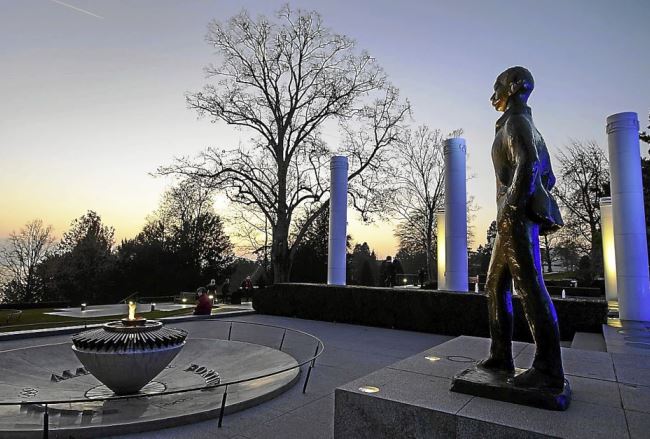 So far, Lausanne has been a story of tradition, history and values. However, heading to the Flon Quarter will take you to the other side of the spectrum. This contemporary new arty-zone is stocked with buildings which are almost futuristic in their aesthetic. Shops, restaurants, offices, galleries and studios open out onto central plazas where you can drink, dine and people watch in the best possible space, to the early hours of the morning. 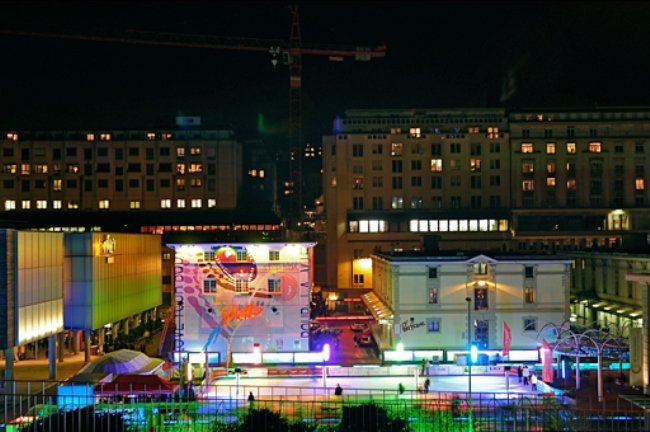 The Lavaux vineyards of Switzerland have been granted UNESCO World Heritage status and for good reason. Just past Lausanne, the village of Lutry plays host to one of Switzerland’s oldest wine making regions. You can continue the scenic path on this trail to Montreux, but it’s strongly advised to stop off at Domaine Croix Duplex for some magnificent views while you sample the local produce. They say that Switzerland only exports 15% of its wine production, and an hour here will tell you why this is. 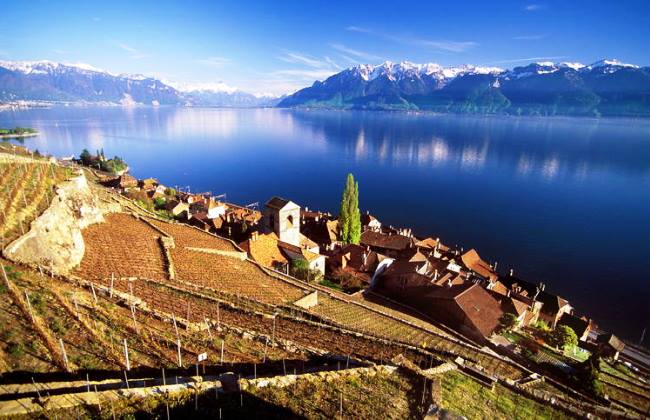 Apart from wine, Switzerland is equally famous for its sweet and savoury counter-parts. For good reason, a trip to the cities renowned Chocolatier Durig will allow you to see its prize confectionary being made by hand, as well as sampling the results before you take some home. For a more savoury tooth, the historical Pinte Bresson has been trading since 1780 and is THE place to try a local, authentic cheese fondue. Just don´t drop the bread! 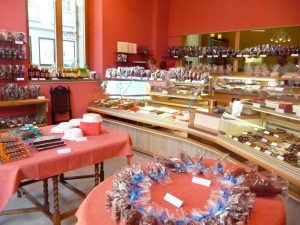 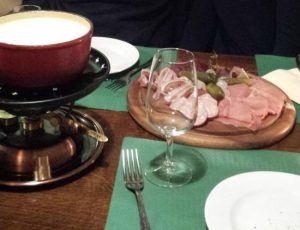 Although smaller than its neighbouring cities, Lausanne makes up for what it lacks in size with sheer quality. From bespoke jewellery shops such as Vice Versa to fashion forward boutiques like Le Laboratoire and Michelin star dining in Chateau D´Ouchy everything is succinctly and seductively covered. One thing is for sure, once you have tasted ´La Vie Lausanne´ you will certainly have an appetite for more.

PREVIOUSSWISS-BLISS AT THE ROYAL SAVOY